Win Tickets to Shpongle with Phutureprimitive at the Fonda Theatre on March 14th! - Gypset Magazine

Win Tickets to Shpongle with Phutureprimitive at the Fonda Theatre on March 14th!

Home » Giveaways » Win Tickets to Shpongle with Phutureprimitive at the Fonda Theatre on March 14th! 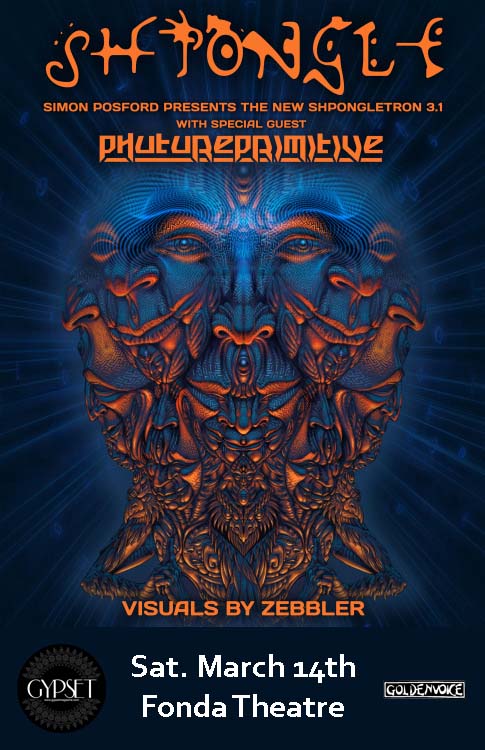 Gypset Magazine is giving away 2 pairs to see Shpongle with Phutureprimitive at Fonda on March 14th 2014 Courtesy of Goldenvoice.

Formed in 1996, Shpongle is a band from the UK that has taken the form of a psychedelic rock band. Simon Posford and Raja Ram are hailed as pioneers of the genre called ‘Psybient’, fusing together psychedelic rock and ambient music.

Shpongle came together in the late 1990s to work on their first export; a full-length studio album entitled “Are You Shpongled?” which is made up of just 7 tracks all of which are over 7 minute long pieces. The duo would spend a lot of the time between this record and the next, working on their own separate projects before re-entering the studio to record “Tales of the Inexpressible” which was released on July 1st 2001. For this album Raja Ram added a much more prominent world music influence to the mix whilst Simon Posford would take classical guitar duties, along with sampling.

It wasn’t until after the release of this sophomore album that Shpongle played their first show, which was at the Solstice Music Festival at Motosu Highland, Japan, in July 2001. Before they released their third album, “Nothing Last… But Nothing is Lost” on June 16th 2005, the band announced that this album would in fact be their last release, but due to the critical acclaim that they were organically building and the general response to their music, they continued to write and perform their music.

Before releasing their fourth album “Ineffable Mysteries from Shpongleland” which was due for release on November 2nd 2009, the band toured extensively, which included a sold out gig at the prestigious Roundhouse in Chalk Farm, London. Following the release of the album the band journeyed to Moscow to play at ‘Milk’ in December 2009.

Between the release of “Ineffable Mysteries from Shpongleland” and their album “Museum of Consciousness”, in 2011 they Shpongle played a handful of dates in Australasia, and North America including playing at the Hammersmith Ballroom in New York City and the Fox Oakland Theatre in Oakland, California. They also played the “Brain in a Fish Tank”, track 1 from their forthcoming album on the tour. The following year, Shpongle performed DJ sets on another tour of the US dubbed, “Shpongle presents The Masquerade”

On May 10th 2014, Shpongle performed a headline show at Red Rocks Amphitheatre in Colorado. 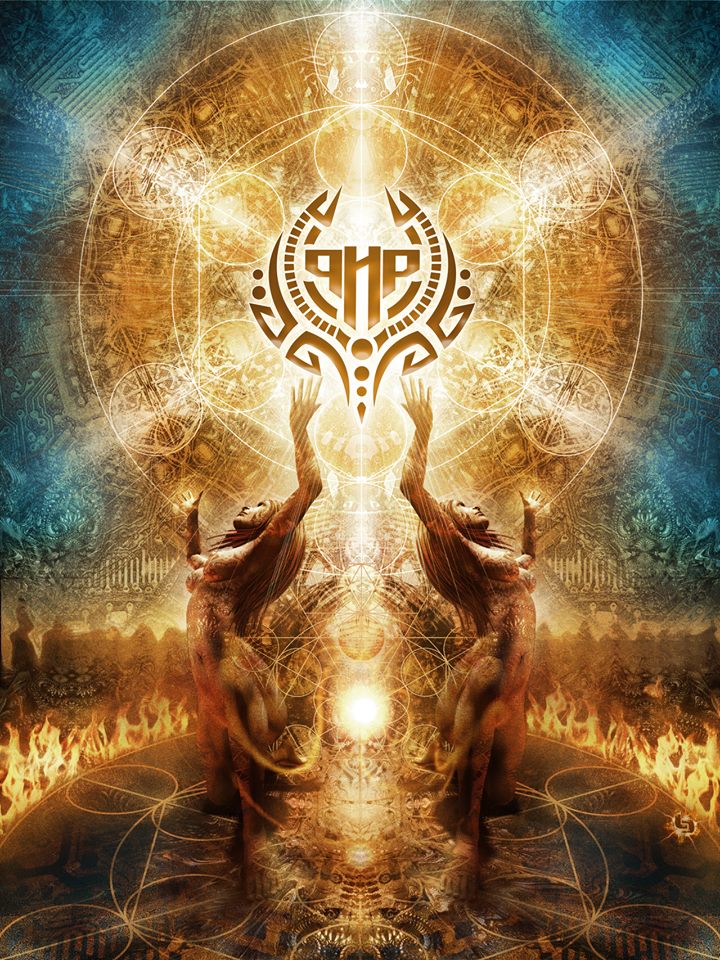 Phutureprimitive is the moniker of Bay Area producer and songwriter Rain. Early childhood photos reveal Rain sitting at the piano plinking keys, grinning from ear to ear… a true sign of things to come. Continuing his early fascination, Rain was later drawn to electronic music, inspired by its ability to combine the best of organically played instruments and the synthetic pleasures of sounds more exotic to the human ear. After beginning a DJ career in the 90s, Rain began incorporating the music he was making in his home studio into his DJ sets. That was all it took to trigger a full blown love affair with electronic music and the process of its creation… and Phutureprimitive was born.

Despite electronic music’s tendency to suffer a short shelf life, Phutureprimitive has already demonstrated a timeless quality with his debut album “Sub Conscious” on Waveform Records, which remains the top seller on the label since its release in 2004, obtaining a cult status among fans and collectors. With a string of singles released in the interim on various labels, the birth of Native Harmonix (Rain’s own Record Label) brought us the “Luminous” EP in 2010; delving into a lyrical based production, supported by undulating synth work and a palpable haunting texture throughout. His second full-length release “Kinetik” forged new territories of emotional electronic dance music, exploring a heavier, bass-centric sound that adds raw energy to intricately detailed tracks. “Kinetik” remains on the iTunes Top 100 Electronic Music Chart, 3 years after its release.

With a new collection of songs released in 2 parts titled “Searching for Beauty in the Darkest Places,” he takes ideas from his previous releases and supercharges them with hard-hitting dancefloor appeal, while maintaining the depth and prowess this trusted producer is so well known for. His first national headlining tour in Fall 2013 debuted his collaboration with ritual dancer Caeli La. The tour launched with the release of their first official music video, “Lucid Dream,” a collaboration with multi-media production team Vinton Depiction & Michael Miller, the animation/visual effects creator behind NBC’s “Grimm.” The Dance Out Your Demons Tour featured an interactive game, in which the audience members write down a “demon,” fear, or something they are letting go of on a piece of duct tape, stick it to the bottom of their shoe, and then “dance out their demons.” Due to the success of DOYD, Phutureprimitive announced that they will continue to incorporate the game on future tours.