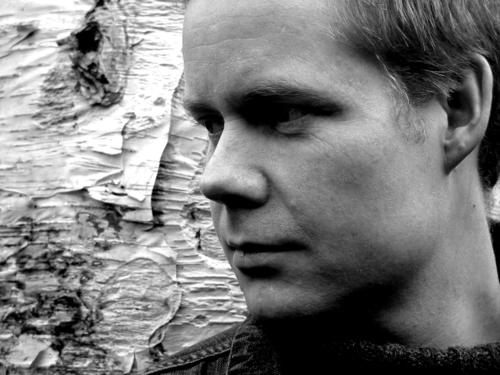 Composer, pianist, producer, remixer, collaborator extraordinaire: Max Richter defies definition. An enigma he may be; what is beyond argument is that he is one of the most prolific musical artists of his generation.

His latest challenges include having taken one of the most recognisable pieces of music from the classical canon – Vivaldi’s Four Seasons – and “recomposed” it for the 21st century.

Born in Germany and brought to Britain as a small boy, Max began taking piano lessons at a young age. His fast-growing knowledge of classical music was tempered by his discovery of punk rock: a voyage of discovery that continued through Stockhausen and the American minimalists.

He studied at Edinburgh University, graduated to the Royal Academy of Music and completed his studies in Florence under the influential avant-garde composer Luciano Berio.

“I had a very classical musical training but I was totally into what was going on around me at the time in the UK in the early 1980s – and that was electronica and punk,” Max explains. “The first gigs I went to were The Clash and Kraftwerk when I was 14. I loved the primitive energy of punk but at the same time I was studying classical music academically and using soldering irons to build analogue synthesisers in my bedroom. For me those things have always flowed together.”

These are the diverse influences at work in Richter’s music: the minimalist aesthetic that traces a path from the composers of the early 1960s (Reich, Glass) through to punk rock and Brian Eno’s invention of ambient electronica in the 1970s; a formal classical education and the experimentalism of the avant-garde; the cut-up methods of electronic dance music and today’s cannibalistic remix culture.

Richter began his career as a founding member of Piano Circus, a contemporary classical group that played and commissioned works by Steve Reich, Arvo Pärt, Philip Glass and Brian Eno. Max stayed for ten years and five albums, gradually incorporating electronic elements and found sounds – the building blocks of what would become one of his trademarks.

Next came a period of collaboration with electronic musicians The Future Sound of London (1996–98), and Mercury Music Prize winners Roni Size and Reprazent (2000).

Breaking away from his collaborators, Richter embarked on what would become his first “solo” album, the orchestral work Memoryhouse (2002), which included electronic sounds, recordings and voices. Later used as the soundtrack of a BBC documentary, Auschwitz – The Nazis And The Final Solution (2005), it was recently given its live premiere at the Barbican (2014).

His next album, The Blue Notebooks (2004), was his first with Fat Cat Records and featured actress Tilda Swinton reading extracts from Kafka. “One of the reasons I sent my demo to Fat Cat was because I heard the first Sigur Rós album and it sounded to me like Arvo Pärt with guitars,” he says. “So I knew it would be a good home for me.”

That was followed by Songs From Before (2006), with Robert Wyatt reading from Haruki Murakami, and an album of ringtones, 24 Postcards In Full Colour (2008).