GM. How does this great duo got in unison to make music and where does the name White Cherries come from?
Fernanda. Well I met Abie thru a common friend and musician Pablo Hernandez and they were working on their music. That same day we started jamming with an Ukulele and we created our first song named “Love for Real” people heard it and really liked it a lot, friends were already asking for more songs so we did them, and after the process we just looked at each other wondering how would we name this project and the White Cherries was born.

GM. We know there is more about you guys than just singing can you tell us about your process of both of you to get to this moment in your music careers?
Fernanda. I started my career when I was 16 years old in a pop group called Fryzzby with BMG Records, after that I studied fashion design and merchandising from designing other brands I started to hire me as a model .The commercials came on later and so did the Tv and Film acting careers. Abie started playing guitar at a young age, in the 90’s he studied at Musicians Institute in Hollywood and formed the rock in spanish band name “Coma” signed with EMI and toured all over Mexico. Later on he became the guitar player for “Morbo” and started working on his solo albums and collaborating with other indie artists

GM. What is the name of your latest material and what inspired its creation ?
Fernanda. At the moment it’s “The White Cherries” we are still brain storming with the Ep name, but the whole inspiration for us was music that you can relate to, we try to make the songs kind of commercial but with an indie feel to them , before writing the lyrics I see the images in my head first or the story, this makes it easier for me to write them down. These songs talk about parallel love,wild kids who want to be heard, rebellion, etc…

GM. What does White Cherries do to progress in life and where do you see it in the next year or so ?
Fernanda. Well, definitely we are starting to plan a tour soon to a city near you , we will be playing a lot more now, we are still we are debating which song will be the 1st single its so hard! We are being hopeful to be on SXSW 2015 and many other festivals. 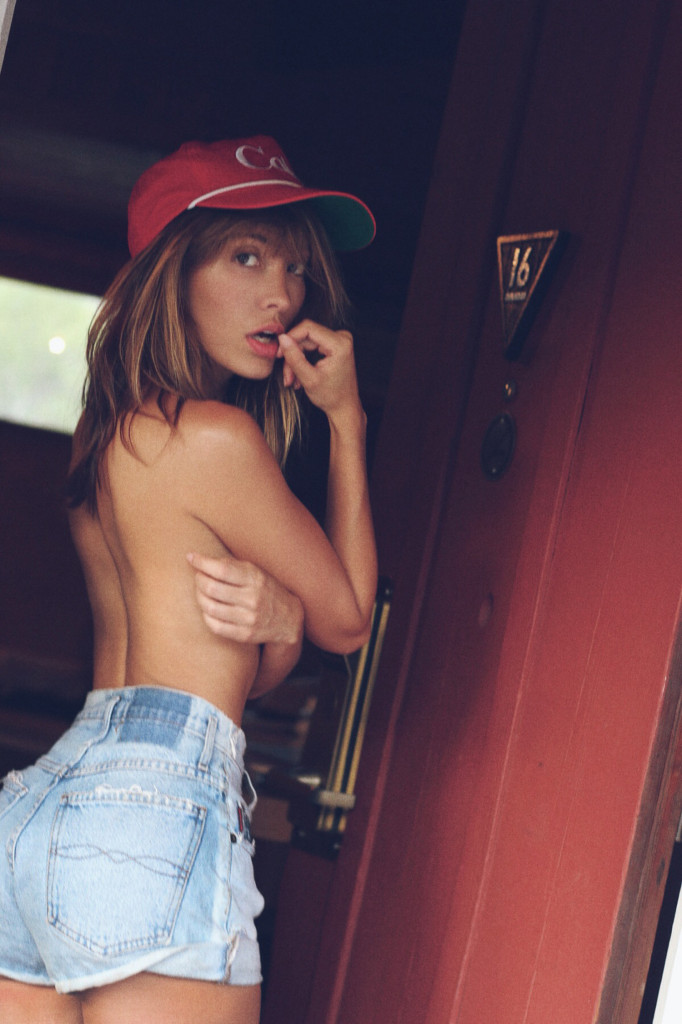 GM. Is there anyone you would like to thank as far as collaborators for this beautiful project?
Fernanda. Caleb Shreve was a key part in helping us define the sound we wanted as he became our mixing engineer and additional production, he has a tremendous amount of talent, he has worked before with bands we love like Phantogram, Yoko Ono, Cut Copy.

6)We are hooked on White Cherries where can we and our fans find out more about you?
Absolutely we love to hear what the fans like and want to hear more.
Follow us at :
@whitecherriesla twitter
@whitecherries instagram
FB white cherries
www.thewhitecherries.com
“Life is the greatest of miracles and love is the answer to everything that exists in the Universe” White Cherries.