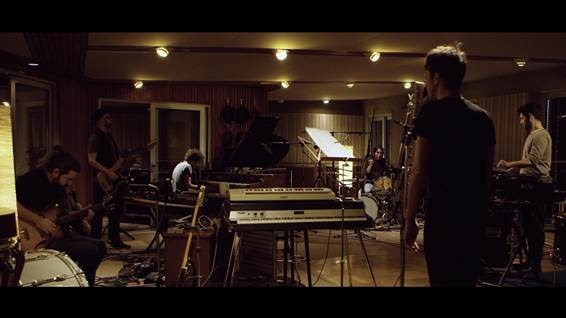 Spanish alt-rock band Vetusta Morla releases the music video for “Punto Sin Retorno” from its latest album Mismo Sitio, Distinto Lugar. It’s a unique video, featuring a creatively reimagined version of the song that portrays the band’s six members performing it live-in-studio. This session was filmed in Berlin’s Hansa Studios, where in April 2017 the group recorded its latest album alongside the musician and producer Carles “Campi” Campón.

In a statement, Vetusta Morla offered other details about this audiovisual document: “During our two weeks in Berlin, our goal was not to sound like ‘six people making music in the same room.’ To that end, we decided to experiment and revisit songs in a way that we hadn’t before. When the Hansa sessions were about to end, we got together with the video team to create several takes of ‘Punto Sin Retorno’ in a different format from the album version, including one with an earlier draft of the lyrics. It came together instantaneously and organically, it was captured on video in a way that made use of the studio’s acoustic strengths, our performance and the chemistry we create by making music in close quarters.”

“Punto Sin Retorno” is about a discrete moment that many of us have experienced: when we realize that we’ve embarked on a path where there’s no turning back, and we must take the hand of the person by our side to continue forward. Knowing that we don’t have enough fuel to turn around, we follow our intuition, carried along by a force stronger than our will. It’s a force that doesn’t follow maps, but has an infallible compass that takes us beyond our own horizons.

This is the fourth music video released from Mismo Sitio, Distinto Lugar. The first was Te lo Digo a Ti (I Tell You), directed by Nacho Vigalondo, who also co-starred alongside Lolita Flores and Nacho Vegas. The second video was “Deséame Suerte” (Wish Me Luck), directed by Fernando Franco, who has frequently worked with the band. The third video was “El Discurso del Rey” (The King’s Speech), which premiered on Christmas Eve. It was produced by the Cuadra Picha Audiovisual Collective and scripted by “El Mundo Today”.

This year, Vetusta Morla will take its Mismo Sitio, Distinto Lugar Tour to 17 cities in eight countries. During Vetusta Morla’s tour in support of its previous album 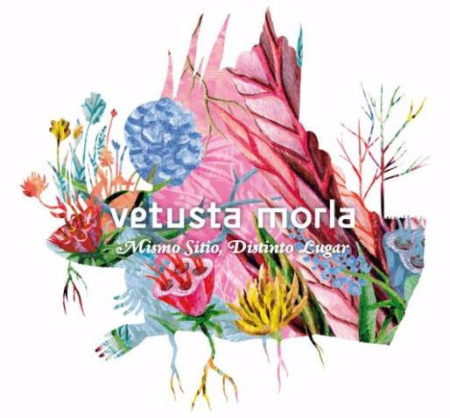