The “uncensoring” of barbara carrasco 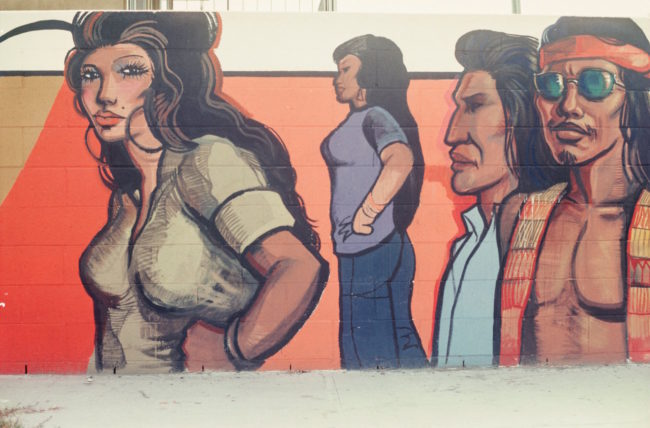 Barbara Carrasco’s landmark mural, L.A. History: A Mexican Perspective, part of the exhibition ¡Murales Rebeldes! L.A. Chicana/Chicano Murals under Siege, will be on display at Union Station for the first time in 27 years, from September 29 through October 22.

The California Historical Society (CHS) and LA Plaza, the curators of ¡Murales Rebeldes! L.A. Chicana/o Murals under Siege, spearheaded the effort to bring LA History back to Union Station, one of the few places in the city large enough to accommodate it.

Carrasco’s L.A. History: A Mexican Perspective was commissioned and later censored by the Los Angeles Community Redevelopment Agency for depicting a more realistic history of people of color in Los Angeles’ and has only been shown once in its entirety at Union Station in 1990, for the duration of two weeks. It was originally intended to be displayed at a site on Broadway in downtown Los Angeles in 1981 as part of the city’s bicentennial celebration. It contains 51 scenes depicting a chronological history of Los Angeles with an emphasis on the experiences of marginalized groups. These vignettes begin with the city’s original native inhabitants and conclude with key episodes from the twentieth century. Individual scenes include the whitewashing of David Alfaro Siqueiros’s mural América Tropical, the incarceration of Japanese Americans during World War II, and the Zoot Suit Riots, all shown as unfolding within the strands of a woman’s hair. 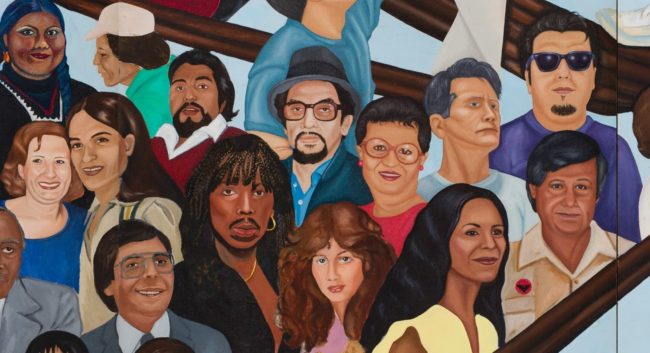 “We’re uncensoring this mural at a time when transparency and dialogue are most desperately needed,” said John Echeveste, CEO, LA Plaza. “Our aim is to share this artistic treasure with new audiences and raise awareness of the importance of preserving this cultural art form in our community.”

Anthea Hartig, CEO, CHS added “The difficult aspects of our history that Barbara Carrasco has brought forward in this mural need to be understood and acknowledged as part of our State’s history. We commend her for having the courage to represent them and defend her mural’s content.”

In 1981, Carrasco created the mural for the Los Angeles Bicentennial, selecting its scenes after interviewing historians and community groups about important aspects of the city’s history. Students, fellow artists, and even family members modeled for and helped construct and paint the mural. Ultimately, the mural was censored for its Chicana and feminist perspective by the very organization, which had commissioned it, the Community Redevelopment Agency of the City of Los Angeles (CRA). When the agency requested that she remove 14 images, including depictions of farmworkers and urban redevelopment projects that had displaced families and communities, Carrasco refused to change her work. As a result, Carrasco’s landmark mural, comprised of 43 panels, was not shown during the Bicentennial. Except for its brief display for the 1990 Los Angeles Festival, it has remained unseen in its entirety and has languished at a storage facility in Pasadena.

“Murals have played an important role in documenting the history, politics, fears, as well as the dreams and aspirations of historically marginalized populations,” said Carrasco. “I am thrilled to have it back out in a public space, particularly during today’s turbulent times. It is just as relevant as it was 36 years ago when I first completed it.” 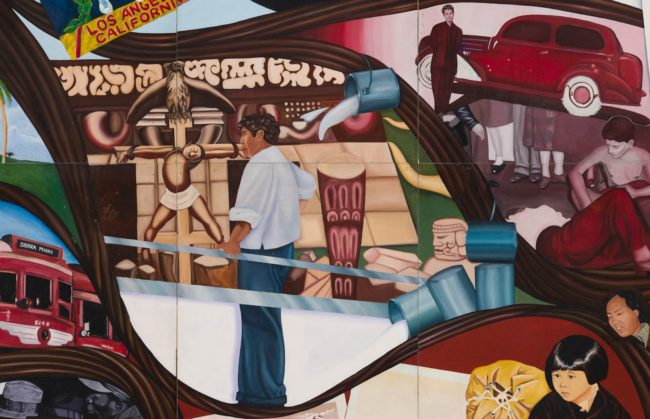 “We wanted to bring this stunning work of art back to the public and have an opportunity to revisit the controversy that surrounded it originally” said Jessica Hough, director of exhibitions for CHS, who helped spearhead bringing back the mural, along with co-curator Erin Curtis from LA Plaza.  “The historical events Barbara brought to the forefront thirty-six years ago are painfully relevant today and we see her mural anew alongside the social justice issues our city, state, and nation are currently facing.”

Despite being portable, the 80-foot mural is complicated and expensive to display. At Union Station, the panels could not hang directly on the walls, requiring a scaffold to be erected to hold the mural.  Funding from several non-profit partners, including lead grants from the Getty Foundation and additional support from the Mike Kelly Foundation, covered the expenses to bring the mural back to the public.

¡Murales Rebeldes! L.A. Chicano/a Murals under Siege, an exhibition and companion publication presented by LA Plaza de Cultura y Artes (LA Plaza) and the California Historical Society (CHS), examines the history of contested Chicana and Chicano murals through eight examples that have been censored, whitewashed, neglected and even destroyed.

The exhibition is on view at LA Plaza from September 23, 2017 through February 28, 2017. LA Plaza and CHS will also conduct a series of free public programs throughout the run of the exhibition, including panel discussions with artists and mural-making workshops.

The exhibition will be a part of Pacific Standard Time: LA/LA, an exploration of Latin American and Latino art in dialogue with Los Angeles.

Major support for the exhibition and related publication is provided through grants from the Getty Foundation.  Additional support provided by the Annenberg Foundation, the Mike Kelly Foundation for the Arts, and the Ratkovich Family Foundation and with special gratitude and appreciation to Los Angeles County Metropolitan Transportation Authority, Union Station Los Angeles, and Metro Art. The mural is being displayed with the support of the Los Angeles Transportation Commission, Metro, and MetroArts.