Jason Cerda continues to rise in the Latin Urban Pop genre with the release of his latest single “Un Poco Más”, composed by himself and produced by Elias Gonzales. “Un Poco Más” is a vibrant song full of musical nuances where Tropical Pop is combined with Lambada and Samba, creating a precise and powerful sound that is sure to make those listening to get up and dance and enjoy this upbeat single That along with his charisma and energy, make Jason the incredibly well-rounded and multicultural artist that he is. Gypset Magazine had a conversation with Jason about his process, music, and future.

GM – What was the inspiration for Un Poco Más? Personal experience? Did you see her again?

JC – Un Poco Más is a true story, I was at a club last summer, dancing having a wonderful night, and there was a girl on the dancefloor that kept staring, she wanted to dance, I got really close, there was a lot of flirtation, but she held back a lot, she wouldn’t let me touch her. I asked her name and she didn’t give it to me, at the end of the night she left and I was intrigued about her, who she was, that’s why I wrote this song, Me Estas Tentando. It was the biggest Tease, Never got to find out who she was.

GM – Big names worked with you Elias Gonzales (producer) and Gene Grimaldi, tell us about that experience? What was the most memorable moment?

JC – Elias Gonzales is an amazing producer that I had an opportunity to work with, he works under Luny Tunes which have made hits for every big name Latin artist, and he produced my last two singles that are both charted in the top 40 of the Billboard Charts. What I like most about working with him is that we are always on the same page as far as the vision of where to take my music, I like mixing different genres of music, pop, reggaeton, bachata, creating different sounds and Elias complements that. Color Favorito y Un Poco Más, are two completely different records more of pop merengue and samba infused with pop, two different vibes, and Elias makes it very easy to be creative and come up with ideas. Working with Gene to master and mix my record is also an amazing experience, since he bring so much experience, having won a few Grammy’s for his works with Lady Gaga, Jennifer Lopez, Carley Rae Jepsen, Pennywise, Tamar Braxton, Ellie Goulding, Nicki Minaj, Akon and Brian Culbertson, to name a few. I was grateful to add his quality, and that personal touch on my music which adds that much more value and quality, it’s exaclty what I want to project to the listener, a record that is clean and clear.

GM – How did you discover the musical fusions you implement in your music? You are defined as Latin urban Pop, were do the fusions come from? Lambada and Samba?

JC – It was more of an accident, I never had the intention of infusing samba with Un Poco Más, it was the drums being used. While talking with Gene over skype he asked what kind of drums you would like to use, I answered something like Samba Kuduro. That stuck in his head when we worked on it and that’s how the idea was born. The Samba drums really make the song come alive.

GM – How did it feel to be nominated one of the top 5 new artists to look for in 2015 by Billboard? And being on top 10 Latin rhythm and top 25 tropical?

JC – When I was younger I always dreamed of being on the Billboard Charts, so when it became a reality it was very surreal. It’s one of those things not a lot of people get to experience, and when it actually happens specially with 3 songs continually on the top records it’s a blessing for people to love your work as much as I do, I put a lot of work into my music, the time that it takes to produce one song, hours of writing, recording, editing, all the details. Un Poco Más took a little over 8 months, so for people to appreciate it, play it on the radio and make it to the top charts it’s awesome and makes me fall in love with it all over again. The Lyric video had a 150k views in the first few weeks. People are looking forward to my music, they want to hear it and it makes me very happy to see all that support.

GM – Do you turn up the volume and jam to your music when on comes on the radio?

JC – Yes, when my song comes on the radio I turn it up! I worked really hard to get to this point, to be played on the radio is very difficult especially as an up-and-coming artist. To be on rotation with these talented artists, and to be on top charts, it’s surreal. With my last song I was riding between Prince Royce and Pitbull, to see that on the charts, these are artists I look up to, it feels pretty amazing. I feel my work is liked by many and hope to contribute as much talent as they have.

GM – What do you feel is the key element of success in the competitive worldwide market of music?

JC – There is not anybody in the Latin Market as far as males that is infusing singing and dancing as a performance, I dance as much as my dancers do, we put on an electrifying choreography with flips, while I’m singing. It’s not an easy thing to do! I think this is what set’s me apart.

GM – How do you balance the performance and the singing? Do you choreograph your own shows?

JC – Yes I do. I’m getting to the point where I’m not choreographing as much because I’m getting really busy, but for the last 8-9 years I’ve choreographed all the moves you see in my videos and live shows. It’s a process for me, I record the song, listen to it, deeply analyze the beats, sit in a dance studio and I will make up 3 different versions of the dance, until I feel I created something that fits perfectly, I go from that.

GM – Any collaboration in mind?

JC – I would love to collaborate with a lot of artist. We are currently talking to a few artists (no names disclosed) in regards to a remix of Un Poco Más. I would love to do a record with Pitbull, Chino y Nacho, Daddy Yankee, JBalvin, Maluma and Nicky Jam, I think they are super talented and we could create a dope record.

GM – How do you maintain balance and spiritually?

JC – I have an amazing team that keeps me grounded, that keep me focus on what I need to do. My team is my everything, with my career growing, my management, my friends, my dancers are my family, we help each other and feed good energy to keep me motivated and keep going.

JC – I had a though road to get to where I am, so appreciate the little things, be patient but persistent, never give up, when you get to the point where you want to get is so worth it. Every little victory along the road takes me one step closer to where I want to be, I enjoy it and keep going. Do what you Love!

JC – Both. Ingles and Spanish. 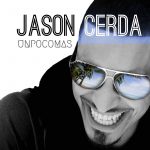