The Burbank International Film Festival 2017 has officially kicked off with the World Premier Screening “The List” and a star studded Gala Reception. The festival will run from September 6th through the 10th with a mission to promote up-and-coming filmmakers by providing a gateway to expand their careers in the entertainment industry, this year’s festival will feature an amazing line up.

Love, drama and suspense takes place in a beautiful story that enhances the intensity and honesty of true love between Uma (Alexandra Braun) and Leo (Orlando Delgado) from the moment they meet in the coast of Gaeta, Italy, until the end, throughout their efforts to stay together above all things. An instant chemistry between then that will transcend forever.

The vision of director Alain Maiki will give a touch of protagonism to these locations with the main cast, merging feelings of both … Some of the locations that will be used as set: The Duomo, Castello Caetano, Ponte Vecchio, Basilica of Santa Croce, San Lorenzo Market, areas of Gaeta and the streets of Sermoneta and its landscapes.

With an international cast, Actors from countries like Argentina, Spain, Italy and Venezuela come together for the interpretation of their main characters. They are: 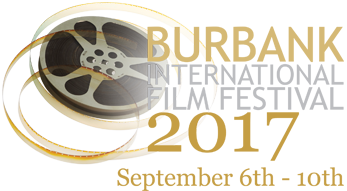