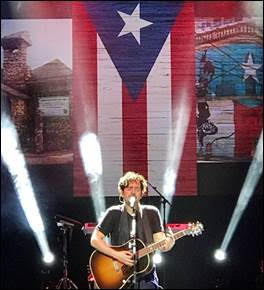 On Saturday, Tommy Torres performed for the first time at the Fillmore Miami Beach Theater with his Tu y Yo tour. The singer-songwriter captivated the audience with his romanticism, simplicity and good music. ‘The first time is never forgotten,’ he said. The two-hour spectacle included songs such as “Vinito Pal’ Corazón,’ ‘De Rodillas’ ‘Pegadito,” ‘Nunca Imagine,’ ‘Besos y Sal,’ ‘Dame Esta Noche,’ ‘Como Olvidar’ and his latest single ‘Perderme en Ti.’ He also made a medley with songs that he has written for other artists like “Tu Recuerdo” (Ricky Martin) and “Imparable” (Jesse & Joy). ‘Before you knew my voice, you first knew me through these songs.’ Undoubtedly, the moment of the night happened when Ednita Nazario hit the stage to perform ‘El Rio’ with Torres. The audience was thrilled, especially when both artists culminated the song with a hug and a good kiss, like good friends.” –Billboard 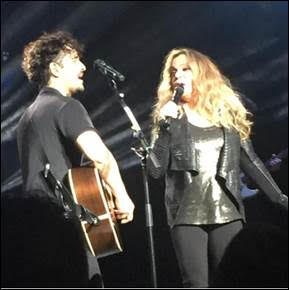 Having Also Notched Sold-Out Shows At The Famed Coliseo de Puerto Rico (Two Nights), and His First-Ever Performances in New York and Orlando,  Tommy Torres Will Next Take His “Tú y Yo Tour” To The West Coast With Upcoming Concerts

April 21 in San Francisco, and April 22 In Los Angeles