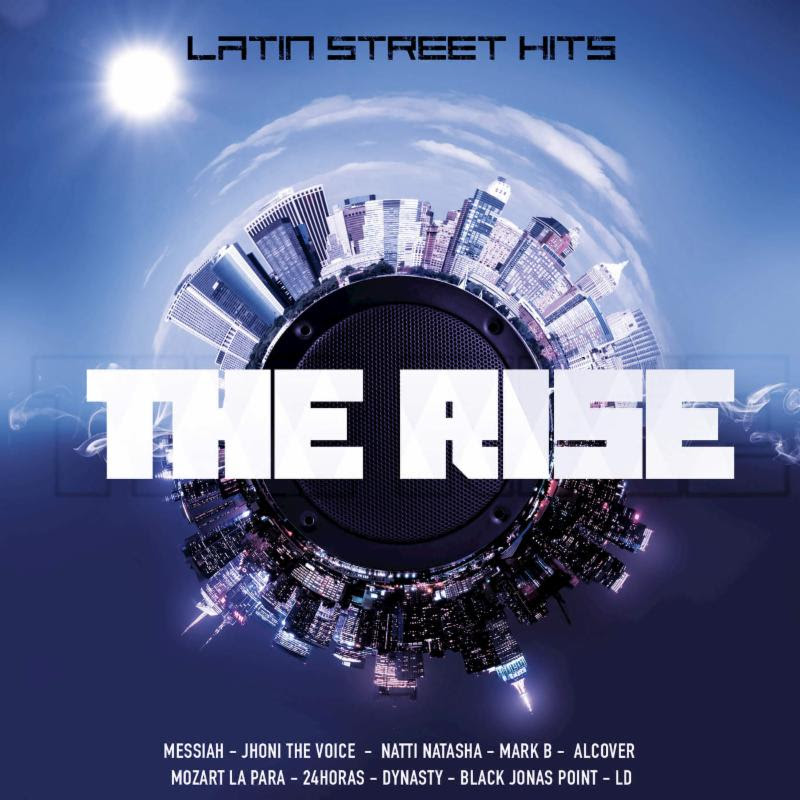 The album is now available on iTunes and Amazon Music.

“The Rise Latin Street Hits,” a new album produced by the perennial hit makers Milton “Alcover” Restituyo and Juan “Xtassy” Abreu (A&X) was released May 13, 2016 and soared through the iTunes charts. Distributed by Universal Music Latino, the new LP debuted at No. 1 in the Urban Latin Album chart and No. 3 in the Latin Music chart.

“The Rise Latin Street Hits” is composed of 10 songs featuring various artists, including Natti Natasha, Mozart La Para, Mark B, Messiah, Jhoni The Voice and others.

Alcover also lends his voice to one of the tracks on the album titled “Besa Tan Rico.” The album is currently available to purchase on iTunes and Amazon Music.

A&X is an Award-winning and multi-platinum selling production duo. They are the masterminds behind Don Omar’s number one hit singles “Danza Kuduro,” “Taboo” from the“Fast and Furious Five” soundtrack and “Dutty Love,” for which they garnered the Latin Billboard ‘Producer of the Year’ 2012 Award.

In 2009, A&X signed to Don Omar’s ‘Orfanato Music Group’ where they have been part of the label’s historic development in Reggaeton, Latin Hip-Hop, Bachata, Latin Pop, and other genres.  Since that time, the duo has continued to produce hit after hit for both Orfanato artists and a myriad of others.

Besides producing, the dynamic duo is also developing a brand new crop of Latino artists. Recently, they began working with Messiah El Artista, a Dominican artist making the rounds with mix tapes, hit singles such as “Tu Protagonista” and sold-out shows. He’s all the rage in Latin America, having a strong fan base in countries such as Costa Rica, Colombia, Chile, Peru and more.

To learn more about A&X (Alcover and Xtassy) please visit: