“The Chamanas” is a Fronterizo musical group based out of the border region of El Paso Texas and Ciudad Juarez Chihuahua and inclines itself toward the concept of representing itself as a metaphorical bridge for the area in which it resides. This 3 piece group was established by Manuel Calderón late 2014, who eventually invited Hector Carreon and Amalia Mondragón. With a proclivity towards sound experimentation and eclectic genre amalgamations, The Chamanas’ unique sound is characterized by a mélange of Latin rhythms and genres which range from, 70’s Mexican pop, traditional Latin rhythms and modern indie music concepts. The musical combinations the band is influenced by are underlined by a mellifluous softness, making its music easy to listen to. The Chamanas have had the pleasure of sharing the stage with various well established groups such as Enjambre, Zoe, and Jarabe de Palo.   The Chamanas are currently in the process of promoting their first album released through label Casete, and touring with the new members, drummer Alejandro Bustillos, and keyboardist Fernando Fonseca.

The Chamanas will be playing their first LA show at The Resident in Downtown LA On Tuesday, March 8th. 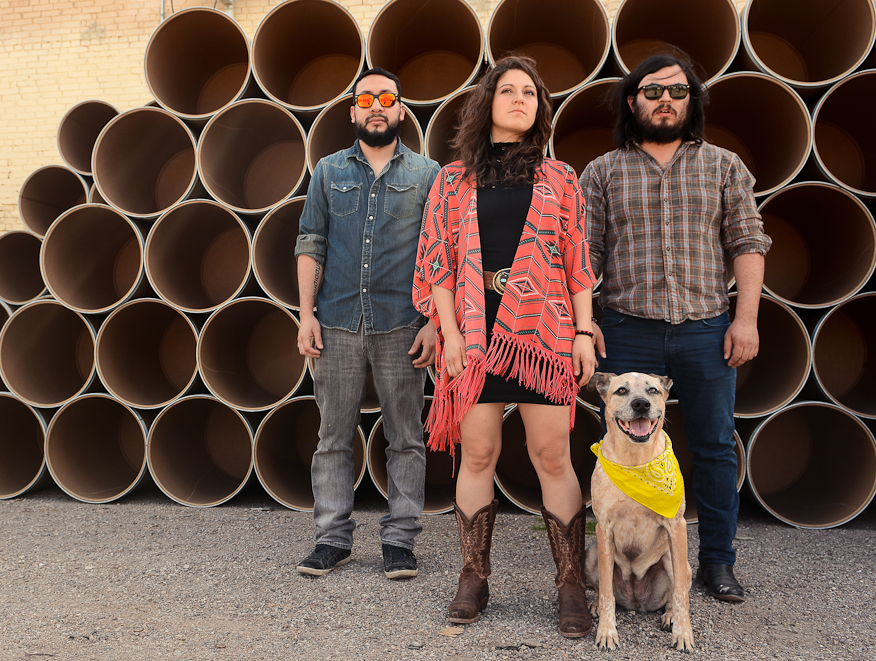