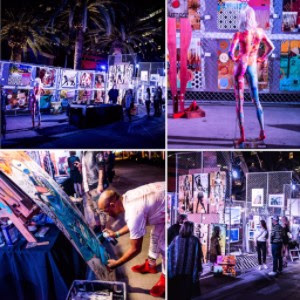 The event kicked off with a jam-packed opening reception at Skybar at the Mondrian. The party set the bar for the record breaking crowds that would attend the shows the following days. On day one of the events, the crowds were welcomed into the stunning plaza of the Pacific Design Center with incredible jazz music that set the scene for the sophisticated designs of Malan Breton. Inspired by 1930’s glamour and the dark film noir era, his collection mesmerized the crowds. Following the jaw-dropping designs of Malan Breton, the event jumped straight into an opening day after party with a performance by the EC Twins. 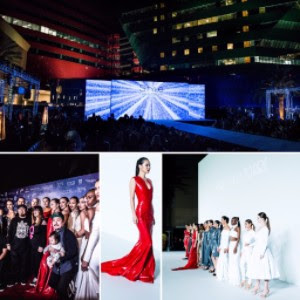 The second day of events opened with E! News correspondent Sibley Scoles as the host for the evening. Designers Antonella Commatteo with performances from Meredith O’Connor and Heather Larose. The colorful designs of Shahida Parides followed along with the bright, garden inspired designs from Moods of Norway. Performances from Kevin Lyttle, the hilarious Kiki Melendez and Eric Meyers followed the first set of shows. The daring, urban looks of Richard Hallmarq kicked off the closing show of the night. The neutral palette and contradicting silhouettes made for the perfect metropolitan collection. The elegance of David Tupaz followed with graceful lines and feminine looks, resembling that of Coco Chanel or Dior. An enchanting performance from Pia Toscano dazzled the audience. Closing out day two, was a shocking surprise from LA native, Mario De La Torre. The designer took his usual designs and stunned the crowd with a new collection made out of impeccably cut vinyl.

The third day of events the hilarious Jay Davis hosted the events from the runway. Musical performances by the talented Michael Raven and Ryan Cabrera entertained the crowds. Children’s designers Disco Panda and Ydamys Simo brought adorable and impressive collections to the runway. A special performance from the unbelievably talented, Rilan wowed the crowds. Closing out the night was the talented Bijan Andre and his impeccable couture gowns, the urban street wear of Eddie Eddie by Billy Tommy and the unique, dark light designs of WANGLILING. 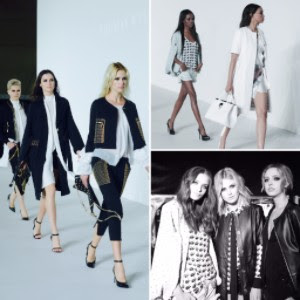 The final day of Style Fashion Week was opened with the incredible, edgy designs of Thomas Wylde. Her celebration of death showed edgy detailing with a party side. Later that evening, Cirque Du Soleil’sZumanity stunned the crowd with jaw-dropping acrobatics from a single hoop artist. 98 degrees’ Jeff Timmons performed for the crowd taking everyone back to the 1990’s. A musical performance from JP Vance entertained the crowds with his impressive vocals. Closing out the week, was the intricate designs from Honee and the sensual work of Adrian Alicea.

Until next year Style Fashion Week.