Crimson dunes billow up around a silent flat pan of cracked, bleach-white earth. Dead, gnarled trees, as black as soot, jut out of this white earth and like knobbly fingers stretch out towards the harsh blue sky. It’s midday- the sun is at its hottest. The whiteness of the pan intensifies and glares, looking like a white pearl which has fallen out of the sky onto the orange sand and remained there untouched. And so it lies untouched and silent in the middle of the Namib desert.

What might read like a surreal, fictional place out of a Tim Burton script is, in fact, a real place called the “Deadvlei” and is part of the breathtaking, historic “Sossusvlei” area at the southern tip of the Namib desert in Namibia. It is one of Africa’s finest and best hidden secrets and in this author’s humble opinion, one of the places you have to see before you die. 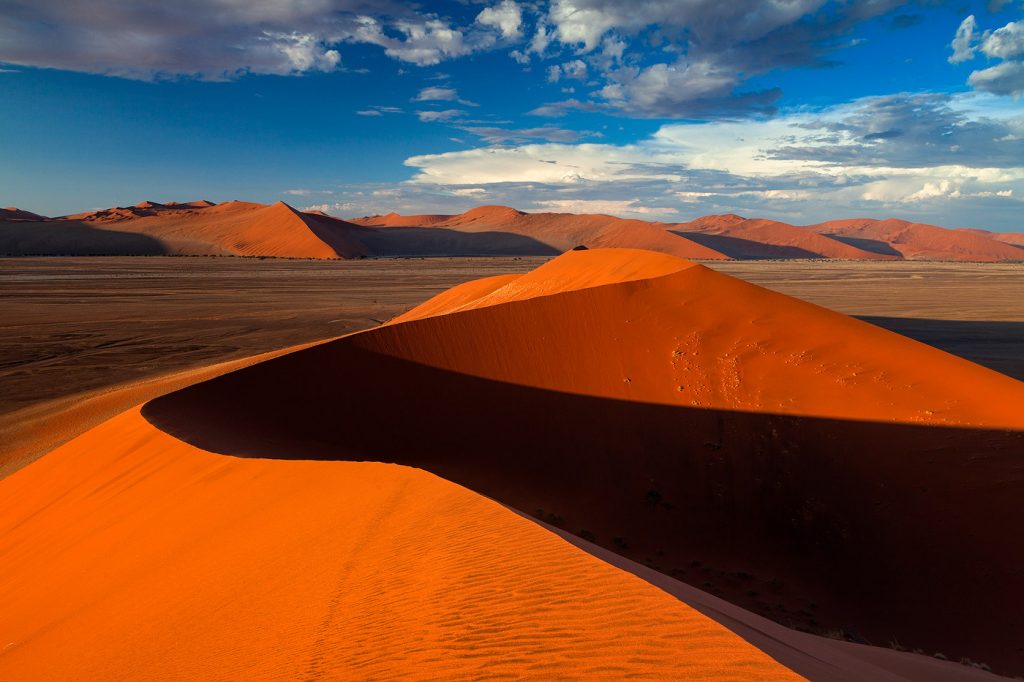 The What and the Where

Sossusvlei is located in the “Namib-Naukluft National Park” in Namibia, the largest area under conservation in Africa spanning a staggering 19,300 square miles.  Sossusvlei is characterised by the blood-orange dunes that surround large clay pans that have formed over millions of years. The dunes are the biggest found anywhere in the world with some reaching heights of 984 feet, formed over eons (the sand alone is about 5 million years old). Sossusvlei is a combination of the words “sossus,” meaning “dead end” in the indigenous Nama language and “vlei” meaning “marsh” in Afrikaans.

“Sossusvlei” is composed of the”Deadvlei, “Dune 45” and “Sesriem Canyon.” The most spectacular of these are the Deadvlei and main Sossusvlei pans. 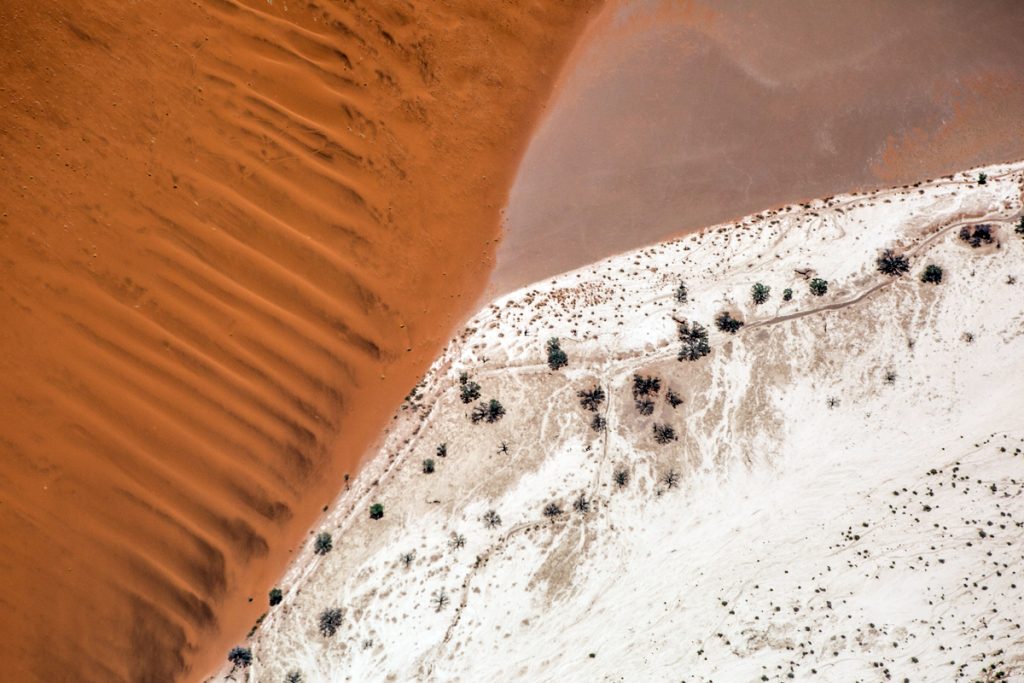 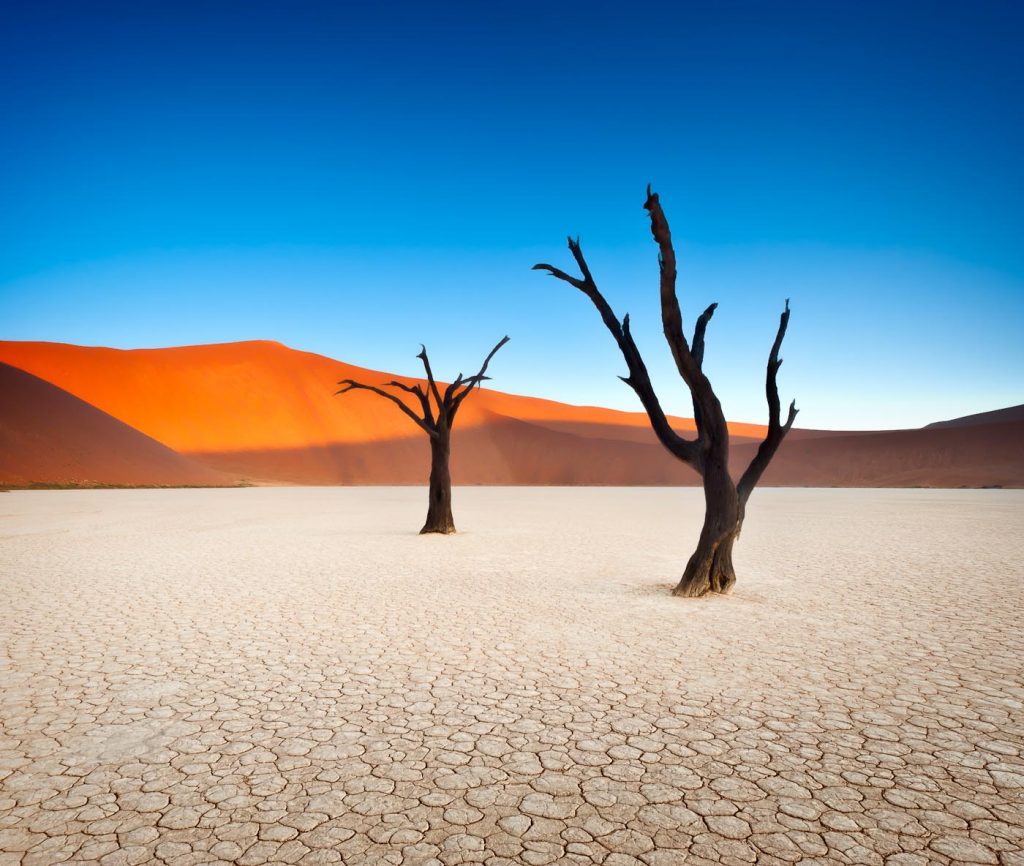 With a name like “dead end marsh,” there’s bound to be a sense of mysticism. Long ago the pans of Sossusvlei, now barren and dry, were filled with the waters of the nearby Tsauchab River. However, with shifting sands, the dunes cut off the river’s flow, effectively starving the area of life-giving water. Every 5-10 years, though, during a particularly wet rainy season, the Sossusvlei pans fill up with waters from the rising river, turning its hard, salty earth into a sparkling oasis-  an unbelievably rare sight.

The sands of these dunes are in rich hues of red found nowhere else on earth. The color comes from the high levels of iron and oxidation in the sand and generally speaking, the older the sand, the darker the red hue. 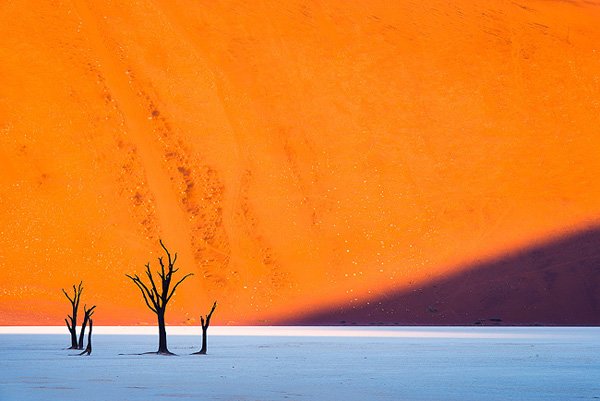 The “Deadvlei,” aptly nicknamed “The Place of No Return,” is 3.2 miles farther on from Sossusvlei and is the closest thing to walking through a Salvador Dali painting.  Blanched clay contrasts with coal-black trees, which stand stark against the rich crimson dunes. Unlike the Sossusvlei pan, the “Deadvlei” has not seen a drop of water in over 900 years. This part of the desert has been completely cut off from the Tsauchab river, leaving its once lush fauna dissolving into barren, dry earth. The only evidence of the former abundance of nature is in the shape of Camel Thorn Tree carcasses scattered over the pan. These trees have stood scorched in the blazing desert sun for centuries- unable to disintegrate, held upright by the rigid white earth from which they once grew.

When To Go: It is best to go during the winter months (from June to August) when daytime temperatures are relatively mild in the desert (versus the 104-degree temperatures of high summer.) The nights are freezing, but not cold enough not to go out and marvel at the sprawling night sky, with billions upon billions of stars visible to the naked eye. You’ll forget about your cold toes in seconds.

How To Get There: There are many ways to reach the reserve, the most convenient of which is landing at Walvis Bay Airport and driving 5 hours to the Namib-Naukluft National Park. Though most of the road is tarred, the last few miles before Sossusvlei are on dirt road so you’ll need a robust, 4-wheel drive SUV to make it all the way.

Where to Stay: There is no shortage in choice on where to stay on a trip to Sossusvlei and where you wind up really depends on your budget. From high-end luxury lodges offering private pools and gourmet meals, to basic but comfortable camping sites, Sossusvlei caters to any traveler.

High-End:“&Beyond Sossusvlei Desert Lodge”: A fantastic choice for those setting out to spoil themselves and experience the desert in luxury. Villas are kitted out with any amenity imaginable, from air-conditioners and fireplaces to soft down duvets and skylights above the bed from which to view the spectacular night sky. The lodge offers “dining on the dunes”, gourmet food, stargazing and a range of other activities to get you indulging in Sossuvlei’s splendors. 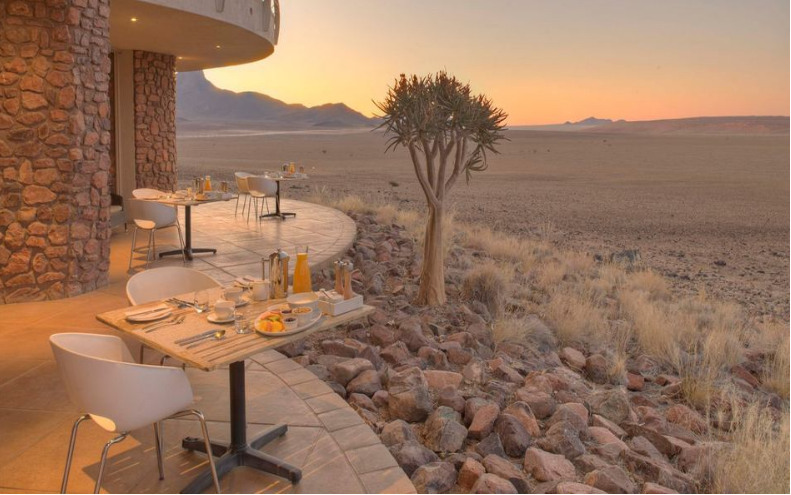 For rates and inquiries visit andbeyondlodge

Mid-Range:“Le Mirage Desert Lodge and Spa”: Located 13 miles from the Sesriem gate to Sossusvlei and offers a great half-way point between luxury and budget, with meticulously decorated rooms that are located in a castle-shaped building. Air-conditioning, large beds and scrumptious meals are all part of the package. This lodge also boasts a spa with a range of relaxing treatments and therapies for weary travelers. No wonder it won the TripAdvisor “Excellence Award” in 2015. 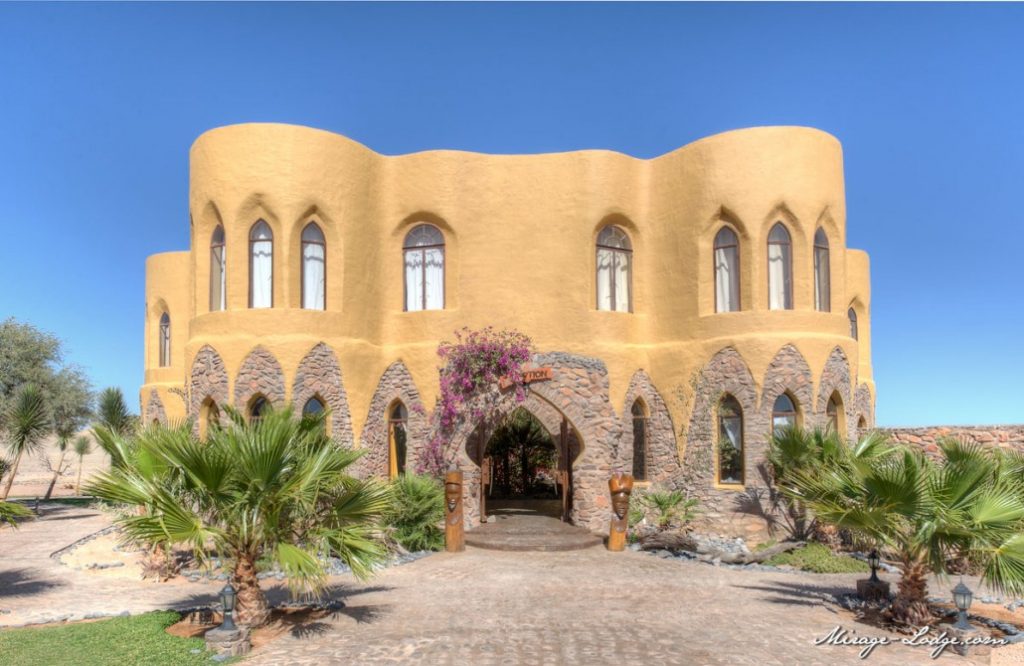 Budget:“Desert Camp”: Desert Camp offers eco-friendly, self-catering units in the heart of the national park with breathtaking views of the surroundings. The units all have fully fitted kitchenettes, barbecues and en-suite bathrooms. Food can be ordered daily from reception (alternatively you can hire a private chef!). In addition, there’s good news for families: children under 12 stay for free. 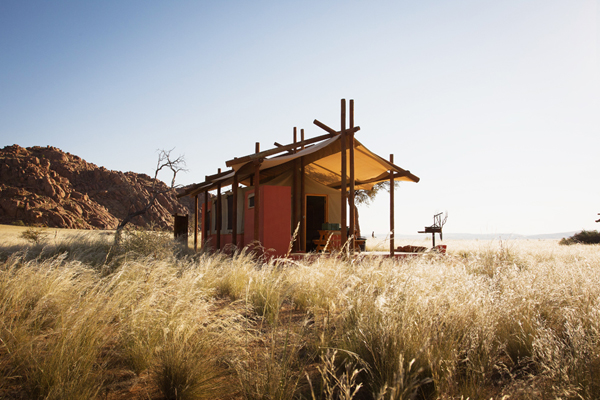 Most lodges and hotels offer hot air balloon rides over the entire Sossusvlei area, quad biking through the dunes, sun-downer trips overlooking the legendary Namibian sunset and even archery. A must-do is climbing the famous “Big Daddy” dune not far from the pan. The Daddy is a staggering 1066 feet high, just shy of the 1250 feet that make up the Empire State Building. It’s definitely a workout on the calves.

If you’re set on having a more introspective, low-key holiday, nothing is as peaceful and meditative as sitting in the middle of this ancient desert, in the desolate silence with only the faint sounds of the sands sweeping along the dunes audible.

Plan your visit at SOSSUSVLEI NAMIBIA 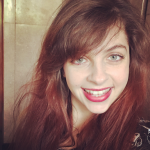