Something Old, Something New, Something Blue: After Touring with Britney Spears in No Authority, Ricky Rebel is Back With a New Solo Album and Blue Hair

Something Old, Something New, Something Blue: After Touring with Britney Spears in No Authority, Ricky Rebel is Back With a New Solo Album and Blue Hair

Home » Collective » Something Old, Something New, Something Blue: After Touring with Britney Spears in No Authority, Ricky Rebel is Back With a New Solo Album and Blue Hair 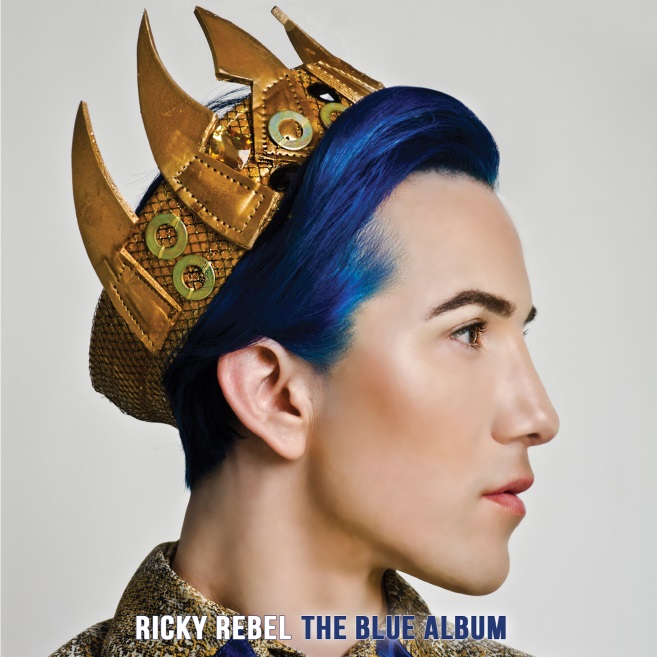 As the lead vocalist of No Authority, Ricky G., now Ricky Rebel, was discovered by Michael Jackson, toured with Britney Spears, signed to Michael’s label at Sony then Madonna’s Maverick label. Now, Ricky Rebel is back to talk about his new solo album, blue hair and why he had to sew the feathers back on Adam Lambert’s jacket.

Mario Lopez said in an interview for EXTRA that you were on top of the world in No Authority. What was it like when No Authority toured with Britney Spears?
It was amazing. We performed in sold-out amphitheaters nationwide. She’s a sweet girl and ironically very shy. We share the same birthday, so we spoke about astrology and our favorite book that we were both reading at the time, “Conversations With God”.

No Authority’s most famous hit was “Can I Get Your Number”. Whose number would you like to get today?
I want Madonna’s number. I have always been inspired by her work. I’d love to collaborate with her.

How did Ricky G. become Ricky Rebel?
In 2010 I was asked to be in My Chemical Romance’s Music videos “NA NA NA” and “Sing” as the character “Showpony”. Gerard Way, the lead singer, inspired me to take control of my vision. He was great to watch on set. He knew exactly what he wanted. I felt inspired to do the same with my career. Working with My Chemical Romance gave me the courage to share my own music and that’s when Rebel was born. Rebel was born out of a sheer need to be authentic. 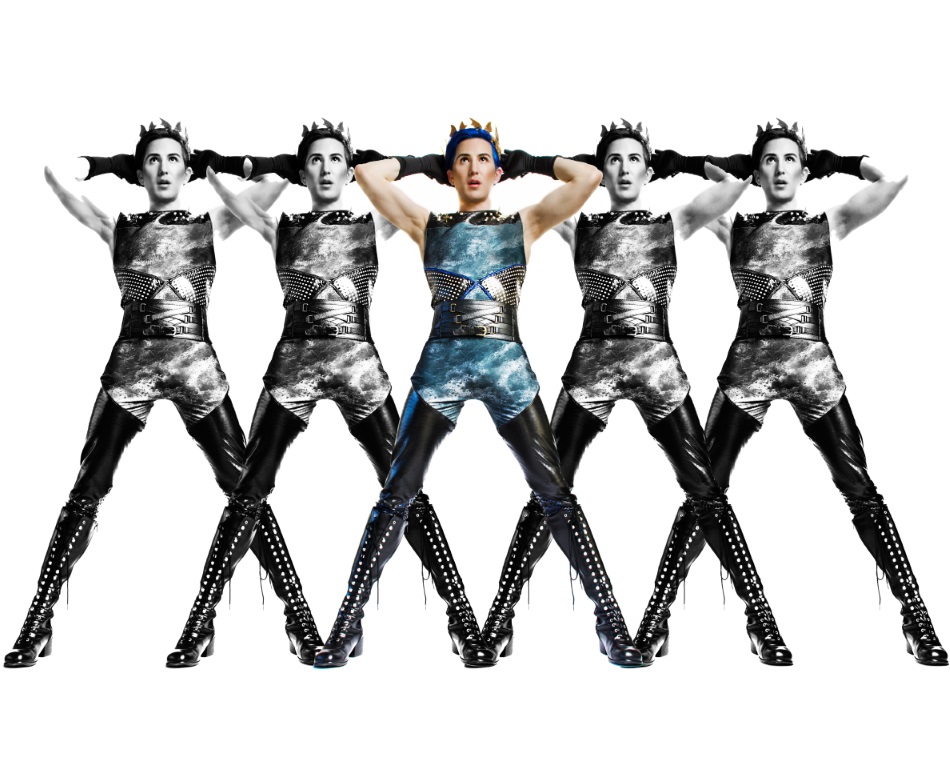 Some people say you’re like Davie Bowie because of your fashion choices. Do music and fashion go hand-in-hand in the pop world?
Music and fashion absolutely go hand-and-hand. Fashion is the like a song that you wear. Instead of the guitar or the drums, you use fabrics and accessories to express yourself. Fashion is just another way to tell your story.

Speaking of fashion, we heard that you once had to sew feathers back on Adam Lambert’s jacket. What happened?
I was performing at The Roxy in West Hollywood and had nothing to wear. I asked Adam if I could barrow some of his clothes. He let me raid his closet. His only request was that I re-feather his jacket. He told me about a great store in Downtown LA called “The Feather Place.” They have every feather imaginable and sewed some beautiful ostrich feathers on his jacket for me.

“The Blue Album” is a highly-original collection of stand-out rebel-dance tracks. What’s the inspiration behind the title and the main themes?
The Blue Album represents the time in my life that I call “The Blue Years”. When I changed my hair to blue, dramatic changes happened. I found true love, lost true love, and then found love again. The Blue Album documents my journey. The message of my album is that there is life after loss. The color blue represents so many things. It represents the sky, the ocean, the heavens, and it has a healing quality to it. Blue can also represent dark, sullen feelings. “The Blue Album” explores the many facets of these “blue” emotions. The light-blue side is great music to work out to. High energy and filled with life. The dark-blue side is more introspective. I am hoping that it helps to heal broken hearts.

Where can people find “The Blue Album”?

Follow the link to the iTunes Store The Blue Album