The latest edition of Sleepless: The Music Center After Hours (Sleepless), an immersive multi-sensory event, invites Angelenos to explore the living maze of Walt Disney Concert Hall with all its curious angles and hidden spaces. See the hall transformed by DJs, sonic experiences, projections, dance parties and interactive installations with rare access to the hall’s backstage areas and private rooms.

A backstage exploration of The Music Center’s Walt Disney Concert Hall curated by the artist collective behind the Griffith Park Teahouse and Petal Drop LA and featuring a strange and surprising view of the city, enhanced by intriguing sights, smells and textures;

The beats of Anthony Valadez and DJ Phatrick hosted by KG Superstar and including artist Jesse Gilbert’s real-time video capture of the crowd, distorted and projected in large scale;

A birch tree maze designed by scenic artist Martin Vallejo with an evocative soundscape by Ed Barguiarena and ethereal lighting by Sohail Najafi;

Curious about who comes to Sleepless? A Sleepless census will reveal late night truths about you depicted on larger than life copies of you, curated by artist Ashley Sparks and designed by John Burton.

An electro-industrial dance party in the Founders Room curated by dublab with sounds by Remy Marc, Sarah Toones, and Jamal Sharaf El Deen, and projections and light sculptures by Suzy Poling;

Choose Lost OR Found — a one-of-a-kind, intimate, up close and personal live performance in the intimacy of the Listening Rooms; artists to be announced. 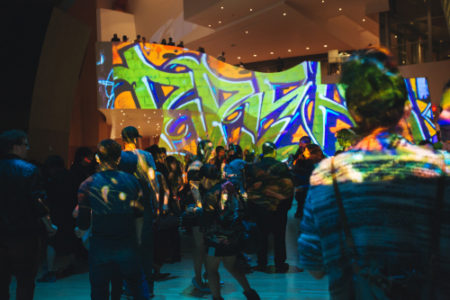 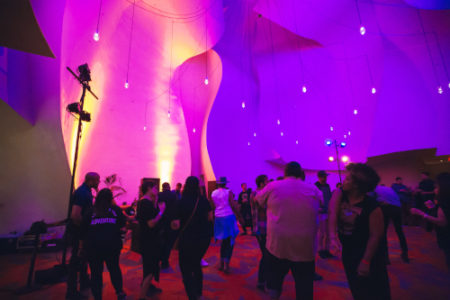 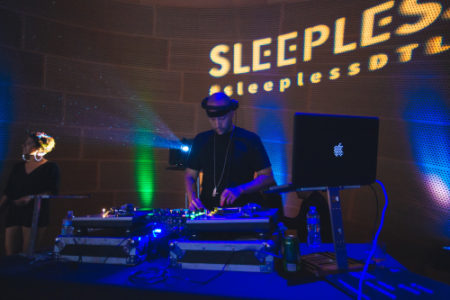 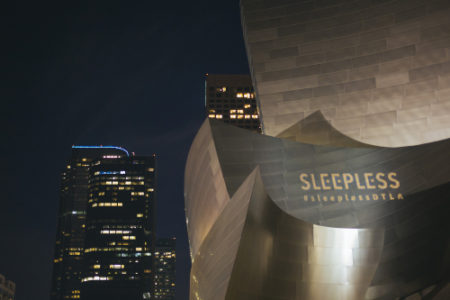