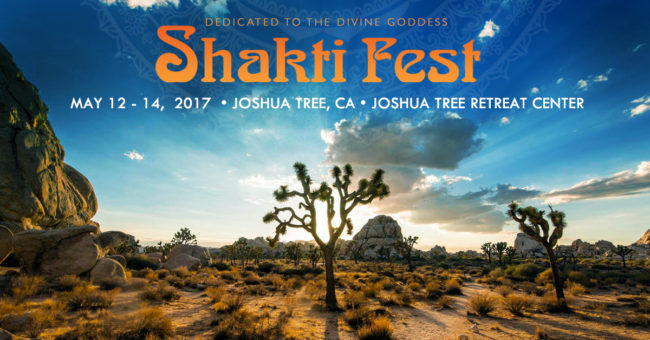 Shakti Fest returns for its seventh season, this year on Mother’s Day weekend itself – May 12 – 14 at the Joshua Tree Retreat Center, in Joshua Tree, CA. Organized by Bhakti Fest a leader in conscious festival events, Shakti Fest is a unique springtime celebration of the divine feminine spirit, described in Hindu philosophy as the ‘dynamic force which moves the universe’. The festival features world famous yoga teachers, Kirtan music stars, wisdom workshops, sound baths, and a healing sanctuary.

“When we started Shakti Fest as our spring celebration seven years ago, we had no idea it would become such a beloved event,” noted Sridhar Silberfein, founder of Bhakti Fest. “It’s wonderful that we are able to honor the spirit of the universal feminine to align with Mother’s Day this year.”

Get Tickets at Shakti Fest 2017