From Scooby-doo to CSI-Miami and Cuban beats:  An interview with producer Jared Faber

From Scooby-doo to CSI-Miami and Cuban beats:  An interview with producer Jared Faber

Home » Collective » From Scooby-doo to CSI-Miami and Cuban beats:  An interview with producer Jared Faber 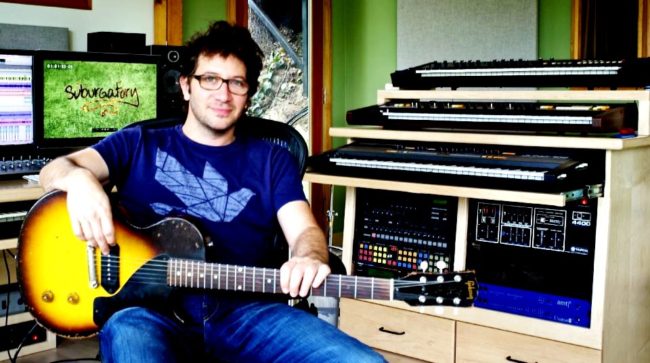 I am so happy Jared Faber decided to move to LA from his native New York in 1999 when a TV composing opportunity presented itself.  Faber had been writing music for Nickelodeon in New York, but LA called in the form of an opportunity to compose for the Emmy- nominated Nick series, As told by Ginger. He answered that call and moved to LaLa Land, kicking off a career that has garnered Grammy and Emmy nominations and awards, a Latin Grammy, and a long list of music for TV and films – plus his own music, plus producing award winning records for artists in LA and Cuba. But it was cartoons that got him started and I got to talk with him about that and the many other things he has done in his career.

Patrick. Jared, you have a long list of credits composing for animation.  Why animation – is there something about the art form or children’s programming that calls to you?

Jared. Initially, it really was just the first place I found opportunities for work.  Whatever you do, people assume that is what you do…one job led to another.  Soon one opportunity led to others.  I did move to change that, but later I realized that I loved it and have now come back to it in a more deliberate way.

Patrick. You got your start in LA writing the music and theme for the Nickelodeon program As Told by Ginger.  Musically the theme song you wrote is great pop rock. How did you know that was what would encompass the show’s spirit?

Jared. The show’s creator is a good friend, Emily Kapnek, whom I have known and worked with since high school.  A lot of that music lies with her.  Often she knows exactly what she wants, what a show should feel like.  She wrote the lyrics to that, she also has a lot of ideas about tone.  Initially we had talked about doing something a little different.  That is Macy Gray singing.  She came to it after the song was written and gone in a different direction – a little more electronic and more rock.  It was just after Macy had gotten a Grammy for Best New Artist after her album came out and I don’t know how she became our theme song singer, but it happened and I tailored it to her vibe and it fit with what we wanted to do with the show.  It was an amazing treat to have her.

Patrick. I listened to your theme songs from three other animations – Mr. Men, Subugatory and Selfie. Each a very different series.  When you sit down and write a theme for a series, how do you go about taking the heart of the show and putting it into less than a minute of music? 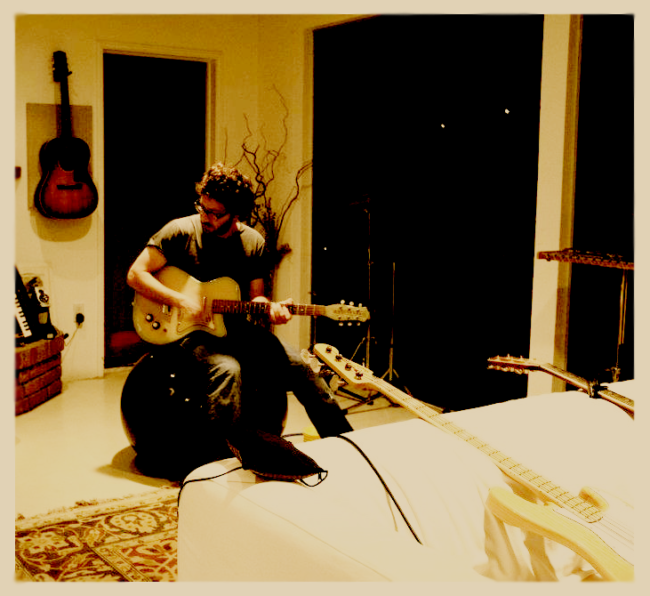 Jared.  How do I?  Hmmmm. Mr. Mem was a silly wacky show geared to a very young audience – I knew it was from England, so I may have thought it may have needed some sort of Britishness to it – whatever that means.  I don’t know.  I just looked at it, thought about and tried something and hoped they liked it and they did.

Patrick. Do you watch the shows you write music for?

Jared.  Yes.  Typically I am scoring the music and composing the theme song so when I write the theme I have often scored two or three episodes so I have set the tone for the show before I write the theme. In the case of the other two series you mentioned, Emily was the producer and she had a good idea of what she wanted…she may have even sung me the concept, close to what finally came out

Patrick. You have worked together for long, do you complete each other’s musical thoughts and sentences?

Jared. Yeah, I’d like to think we share an aesthetic, I understand her shorthand.  Sometimes when we are spotting a show – going over it with the music editor and the music supervisor and deciding where things need to go – she will say something like “this is too frothy” and I know what she means. It is not a musical term but we have been in it for a while so I know.  I have a sense if things will fly with her or not.  She wants to bring a different tone each time and it takes time to find it.

Patrick. Is it harder with people you have not worked with for years?

Jared. It is case by case with directors and with artists. You keep up the relationship.  Sometimes you click immediately and other times you work with them multiple times. But I always work to find out what they need – that is my job.

Patrick. Do you have children and if so, do you watch kid shows with them.

Jared.  I do, I have a three-and-half year old daughter and I do watch a little programming with her – not too much.  Of course I check out the music and some of it is pretty good. 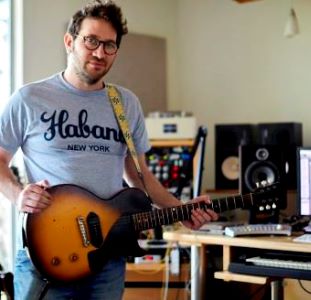 Patrick.  Do you ever identify with the characters?

Jared. Sure.  The cool thing about As Told by Ginger.  It was about two kids living with a single mom and it just felt real.  I didn’t specifically identify with the characters, but it felt so real.  There were episodes that were so touching.

Patrick. You also produce individual artists, including War and Pierce and Jacob Jeffries, who has an album coming out. The single I have previewed from the upcoming album is a knock out. Where did his songwriting end and your producing begin on that song?

Jared. On most of the songs he and I just started from scratch together and wrote from a direction we wanted.  But he is such a strong writer, especially in the song Hometowns, I couldn’t have come to it on my own.  On different songs we contribute in different ways, but most of the time we follow and hold on to each other and follow the ideas. Sometimes artists come with just an idea, a few chords, and sometimes with complete songs. Most of Jefferies’ previous music was more band music- this was a bit more produced, but he had tons of ideas.  We really honed the 6 songs for the coming EP. How much is done in the studio and how much is done afterward varies by song. With War and Pierce, we would write a song, record it and we were done.  Others artists are different.

Patrick.  How do you shift from music for Scooby-Doo to music for CSI- Miami to Jacob Jeffries to deep south folk rock with War and Pierce.  How did you acquire such a wide ear?

Jared.  Just growing up trying to figure out how I would make a living as a musician.  That and the fact that I like a lot of music – I listened to everything.  I was not a virtuoso, so I figured I had to have all my bases covered. The industry has become more and more challenging every day.

Patrick. You recorded an album in Cuba.  How did that happen?

Jared. That began in 2005 in LA when I was feeling kind of creatively bored and started working with my friend Kool Kojack, a now a very successful producer.  We messed around making various kinds of music and we played around loosely with a Latin kind of thing –a 70’s New York Latin vibe.  An opportunity came up to go to Havana and a friend with contacts there connected me to a producer and we found musicians and booked a studio.  We brought the LA tracks with us, we overdubbed them with new tracks and came up with the Urban Legends.  It worked very well – it got played around and we got some placements and I became the Latin producer guy and here we are.

Patrick. Jared, thank you for your time today and for your music – all kinds of music.