Bomba Estéreo was formed as a project led by Visual Artist Simón Mejía, in collaboration with difieren musicians, DJ’s and artists. In 2006, Bomba Estéreo released their first album, titled ‘Vol. 1’, which counted with the collaboration of MC Li Saumet, who sang in some of the tracks of the record. This collaboration gave birth to a new musical relationship between Simón and Li.

In 2008, with Li Saumet on board as lead vocalist, Julián Salazar on guitar and synths , Kike Egurrola on the drums and Simón as bassist and director. Bomba Estéreo released their second album ‘Estalla’ / ‘Blow Up’ In Colombia, which led the band to tour around the world and therefore become known as one of the most important and exciting new live acts.
In July 2009, Nacional Records released “Blow Up” for the US to rave reviews from top publications, taking the group around the world towards international recognition. That summer, Bomba Estéreo played the mythical New York City’s Bowery Ballroom and Central Park Summerstage, with the New York Times calling the performance, “kaleidoscopic and danceable”.

In 2012, Bomba Estéreo released their much awaited third album ‘Elegancia Tropical’, acclaimed by fans, critics and media around the world. Today it’s one of the best positioned albums in the charts, leading in digital sales in  itunes stores. The album was physically released in Colombia, Mexico, Argentina, Peru, Ecuador, United States, UK, Europe and Japan.

In 2013,  due to ‘Elegancia Tropical’s’ reception by the fans, they managed to tour all over the world, visiting countries like South Africa, Israel, Denmark, Sweden, Spain, Norway, Germany, England & USA amongst many others. Due their tour and album success ‘Elegancia Tropical’ was nominated for ‘Best Alternative Music Album’  in the Latin GRAMMY Awards in 2013.

In 2014 the band will be recording  their 4th Studio Album and will be touring around the world,  performing in festivals such as Glastonbury, Lollapalooza Chicago, Bumbershoot Festival, Pop Montreal, Supersonico Fest LA & Festival Frontera Chile, amongst many others. 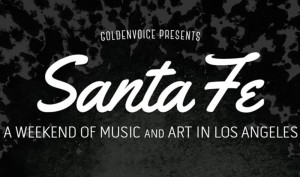