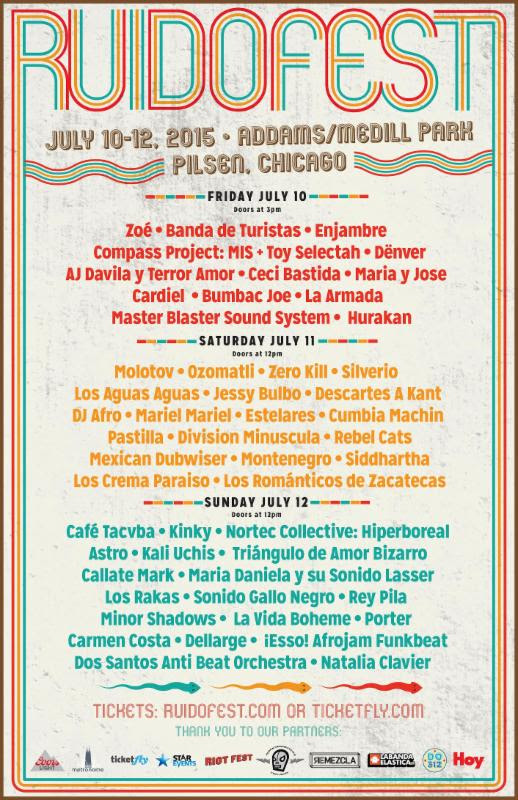 Chicago, IL – 2015 – More bands were announced today as part of the final roster for RUIDO FEST, the first 3 day multi-stage outdoor music festival in U.S., showcasing Latin Post-Punk, Electronic, Hip-Hop, Rock, Psychedelia, Tropicalia, EDM, Reggae and Pop acts from all over the American continent and the world at the beautiful ADDAMS PARK in Pilsen-Chicago on the weekend of July 10th, 11th, & 12th.

Riot Fest Presents, Rock Sin Anestesia, Metronome, and Star Events, the principal organizers behind Ruido Fest, are some of the most experienced large scale event organizers in the country, with strong ties to the Chicago Latin music industry and to local area communities.