“For Those About to Rock la Historia de Rodrigo & Gabriela”, a documentary by Alejandro Franco

The Hola México Film Festival has displayed the best films from México to Los Angeles and it has been a great journey so far. Angelinos have visited the theaters this weekend to view great stories which are not projected everyday on the big screens. Such is the case of this documentary that features the story of Rodrigo Sanchez and Gabriela Quintero, two Mexican artists that decided to take the risk to pursue their dreams to live from what they love the most: music.

Director Alejandro Franco is a Mexican journalist and musicologist that has interviewed the most iconic bands and yesterday brought this interesting documentary to the festival. As Alejandro shared with the audience that viewed this 83 minute film, “the project took four years to develop and the story is really inspiring for me”. They had a lot of interviews, they have whole sequences that were not included in the movie, which original version is in Spanish, but due to Rodrigo y Gabriela’s management concerns for their English speaking audience they re-did the entire documentary in English, so there are actually two versions of the story, as Alejandro said “the true fans might find more little details in the Spanish version”. 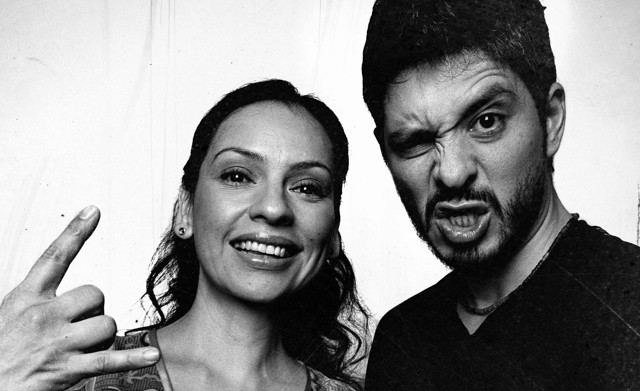 The inspiring story is about two talented musicians from México City that have complemented each other with a very unique style, a style that has not changed despite the many challenges they faced, they left their electric guitars at home worked hard until their heroes became their friends, stuck to their roots, gut and feelings, and traveled the world doing what they love, music.

The invitation is open to join the movement of the Hola México Film Festival which leaves town this coming May 17. Hope to catch you at the movies. Visit www.holamexicoff.com for more info.