Rock Fiesta® The Greatest Latino Rock Line Up in History!

Rock Fiesta® The Greatest Latino Rock Line Up in History! 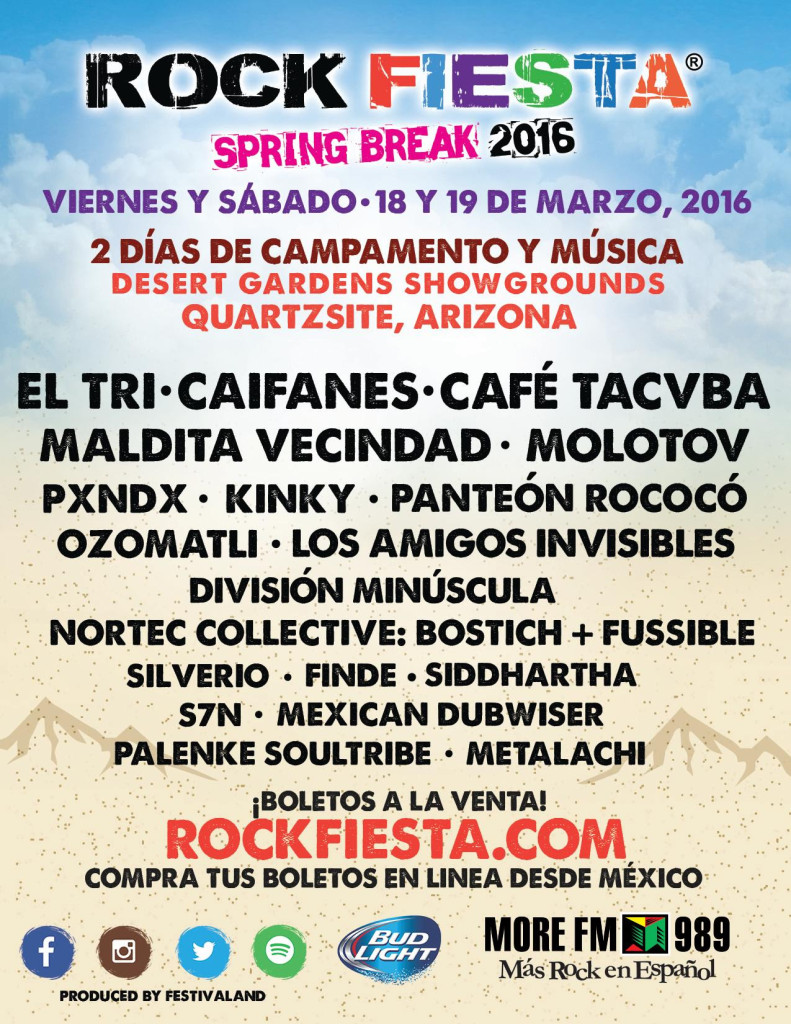 As the festival draws closer, Desert Gardens Showgrounds is transforming into a world class 15 acre festival site. Only a short 2 hour drive from Phoenix at the foot of mystical “Q Mountain” a 118 acre Desert Gardens Showgrounds. The site layout features a huge double Main State with state of the art sound and lighting, two side by side stages named “Hi Jolly” and “Camel”, a vendor village with food, merchandise and services, the world’s largest inflatable double water slide, human car wash, VIP backstage tent with observation deck, 250 RV hookups. Inside the fenced concert area guests can enjoy ‘Hector & Pedro’s Saloon’ with 70′ bar and the Late Nite Dance tent.

“Hi Jolly” and “Camel” are named in reference to Hadji Ali an Ottoman citizen of Greek-Syrian descent who worked for the United States military as lead driver of the experimental U.S. Camel Corps. Hadji Ali famously led his camel train from Texas to California and his exploits were immortalized in the popular folk song “Hi Jolly” and the 1954 film “Southwest Passage”. Even the 1976 comedy “Hawmps” was loosely based on Hadji Ali whose gravesite and monument are in the town of Quartzsite, AZ.

Event organizer Hal Davidson, is proud to speak about Rock Fiesta …”my desire is to do something great to bring the Latino rockers together in one place at one time to celebrate life.“In addition, festival organizer states Rock Fiesta was supposed to be in Texas, then New Mexico, then Vegas. Finally someone called me from Quartzsite. “The city council welcomed us with open arms and we are Quartzsitians now.  There are 20 million Latinos within 200 miles of this location. The festival site itself, all 118 acres of it, is intoxicating. There is magic on that land. Plus it’s got great access right next to theI-10 freeway with three exits. What’s not to like?”

Ticket Info:
For tickets and more info logon to www.rockfiesta.com