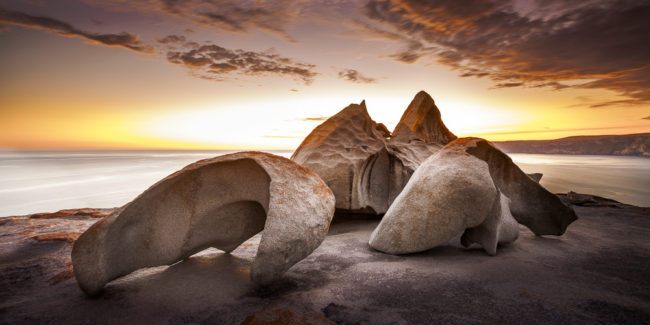 Nature is a patient artist – it’s taken about 500 million years for the elements to sculpt these surreal rock sculptures on the coast of South Australia. Perched on a bluff overlooking the sea, the huge granite boulders look especially amazing at sunrise and sunset when light plays over the orange lichen dusting their tops and sides. Venture beyond this bluff on Kangaroo Island in Flinders Chase National Park for more geological wonders, sea lion colonies, and (it probably goes without saying), plenty of kangaroos. 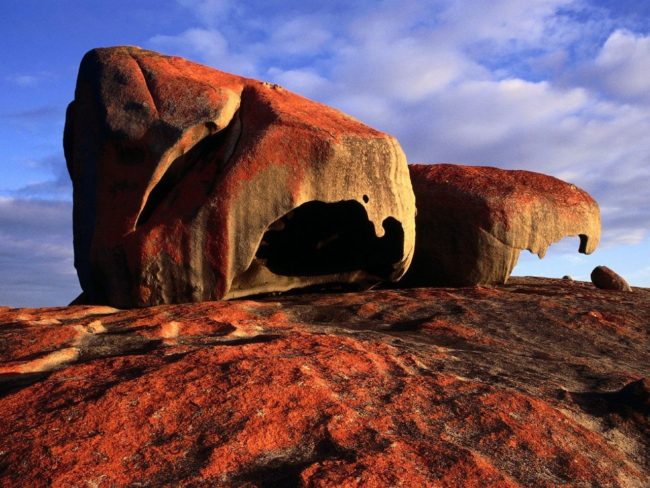 The rocks are made of granite which was embedded into the Earth’s crust during the Ordovician period, some 500 million years ago. At that time Kangaroo Island was part of Godwana, the supercontinent in the southern hemisphere, which included Australia, South America, Africa, India and Antarctica. About 150 million years ago, Godwana began to split up into the present continents. Australia moved northward and with it the Ordovician granite. Through preformed clefts and a certain proportion of easy weathering minerals such as feldspar and mica, spheroidal weathering started. Continuous wind erosion in a relatively dry climate can result in such bizarre shapes. 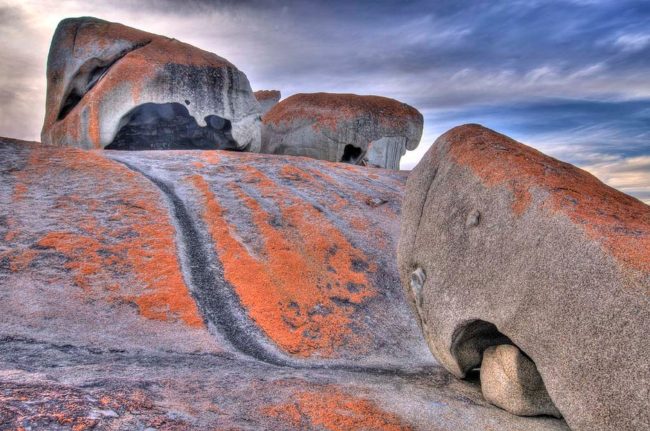 Flinders Chase National Park is a protected area in the Australian state of South Australia located at the west end of Kangaroo Island about 177 kilometers west-south west of the state capital of Adelaide and 110 kilometers west of the municipal seat of Kingscote. It is a sanctuary for endangered species and home to a few geological phenomena. It was the second national park to be declared in South Australia. It consists of three sections – an area of coastal landscapes around Cape du Couedic in the south west corner of the island, the Gosse Lands in the center of the west end of the island and the former Cape Borda Lightstation reserve in the north-west corner of the island. 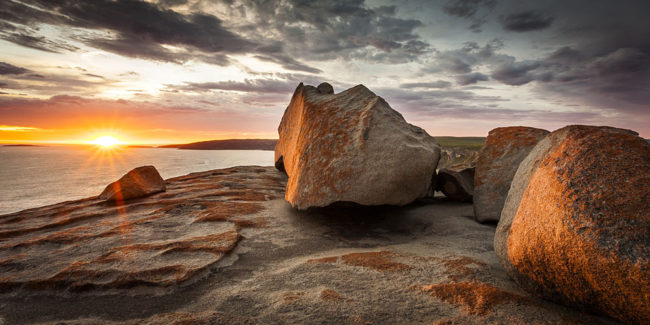