Rock And Roll is alive and kicking; Plastic Rhino’s Recondition

Rock And Roll is alive and kicking; Plastic Rhino’s Recondition

Plastic Rhino, started In Los Angeles by the duo Atara Gottschalk and Jack Glazer is tearing through the LA rock scene and, based on the strength of their new album, Recondition, will soon be loosed on an unsuspecting but grateful nation.  They have brought back the best of the heyday of late 90’s alt rock with a tinge of Bikini Kill feminist punk. Mixing that up with grunge, metal and industrial rock into stripped down, bare bones kinetic sound, they are resonating – literally and figuratively – with a broad and growing audience.

Recondition is the heaviest of their three releases in rock terms, a weight that is intentional, according to guitarist Glazer.  Earlier albums, Let’s Begin and Confessions of a Nobody, were much more pop flavored and less structured  There is a strategic reason for the heavy rock intensity of Recondition – the founders are on a mission.  “Rock and Roll has been pushed aside in the US; it is not played on radio or on MTV, it is sort of underground,” Says Gottschalk, “but not so in Europe and South America where it is still popular.  We are bringing it back.”

The album kicks off with “Big Man Baby, a line in the sand drawn by Gottschalk for women everywhere, based on her own experience – made a big mistake, I thought I could train you, fighter” Gottschalk sings with banshee-level intensity about the mistake women have been making since the beginning of mating, tearing across Glazer’s angry guitar beat and vowing that it will never happen again. Tightly written, powerfully messaged and sonically addictive, “Big Big Man” presages a collection of powerhouse, enigmatic, genre-bending, pure-hearted rock and roll.

“H2S” – a reference to the hydrogen sulfide gas given off by decaying bodies – sneaks up on you next, with a cleverly picked string riff introduction and a slower-paced muted snare beat.  But Gottschalk and Glazer can’t hold it back for long; the guitar ramps up, the banshee emerges and you are thrown into a near metal world of cinematic darkness and addictive melody.  “H2S” will be the next single release from the album, based on the band’s feeling that their fans will be drawn to the darkness as well as the music. 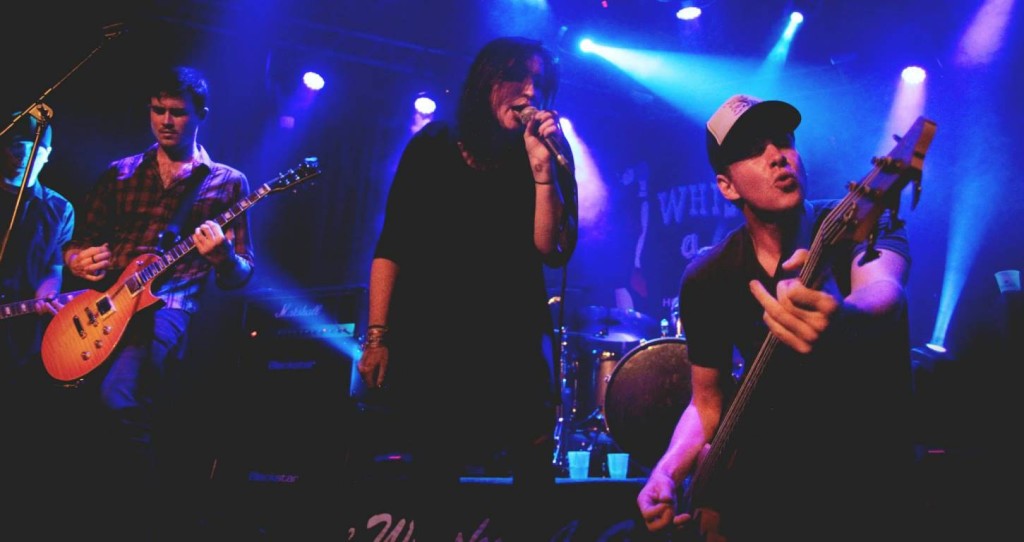 Recondition shifts gears with “Like it”, a classically structured rock tune driven by Glazer’s attack rhythms propelling Gottschalk’s cry for love.  Then the album takes a step back in time, both historically and musically, in M.A.D., a reference to the Mutually Assured Destruction doctrine of the Cold War that framed the nuclear stand-off between the then Society Union and the US.  It is hard, violent, angry head banging of the highest order, but if you know the history, hopeful as it was M.A.D. that kept the two superpowers from destroying each other.

M.A.D. deploys Gottschalk’s and Glazer’s top- of-the-line writing, frequently done with their producer Tom Chandler, but it also says something about their fans and the secret of their success.  At one level, M.A.D. is intellectual and message-heavy, appealing to thinkers as well as rockers.  On another level it appeals to people who appreciate female fronted bands and the musical richness of the interplay of female and male energy in music. On a third and most surface level, it is for people who just want to have a good time.  But surrounding all of this, Gottschalk points out, is another group of fans, other musicians.  They are not only drawn by Glazer’s superb guitar chops and the duo’s economical writing and delivery, but out a sense of community fostered by Plastic Rhino.

Gottschalk and Glazer go out to listen to as many bands as possible, haunting venues several nights a week and actively supporting the bands they meet.  The rewards are a fan base that has a fan base, a cafeteria of contemporary influences and ideas and recruitable talent when needed.  But most important is what comes out in songs like M.A.D. that blend many genres and styles from many places, but is uniquely their own – powerful, clever, important.

That uniqueness runs through the entire album.  “Make it Heavy” reminds us that Glazer’s first concert was Metallica when he was 13. High-octane guitar riffs, fast off the line with no brakes, hands moving so fast they blur while the music is crystal-meth clear. “Make it Heavy” just goes!  And it doesn’t stop with the next song, “Queen Crimson”, but gets harder, more insistent, Gottschalk’s voice and Glazer’s guitar reaching a head-banging critical mass.

And then, like magic, the world changes.  “Ballad of the Last Rhino” opens with Gottschalk telling the fans on tape “OK” and then she sways into a poetic paean to the vanishing animal they ae named after. But this is Plastic Rhino, so “ballad” is actually rock ballad with jangling guitar riffs and a pace-setting rhythm beat. The song has special resonance for the band – they don’t want a world in which there are only plastic rhinos, or aging ones in zoos.  They are deeply award that the World Wildlife Fund lists two species of rhino as endangered and 6 others as threatened, existing only in zoos or game parks and under constant poaching pressure for their horns.  Plastic Rhino will release “Ballad of the Last Rhino” as a single with the sales proceeds going to rhino conservation.

Plastic Rhino has found its groove with Recondition and is on its way to pulling all of us into it.  Now that they have conquered the toughest music market in the US, they are thinking about tours to bring their unique brand of alive and kicking rock and roll to the rest of the country. Perhaps the next album should be entitled “renaissance” because that is what is doing with America’s signal music. 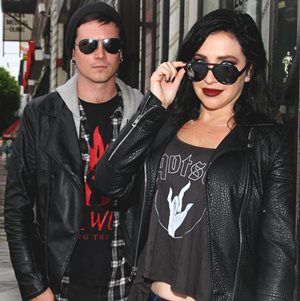 Available on iTunes, Amazon.com, CD baby and other online outlets.