Ready for the Sun, Athena’s debut US album: a musical mind and heart meld

Ready for the Sun, Athena’s debut US album: a musical mind and heart meld

Home » Featured » Ready for the Sun, Athena’s debut US album: a musical mind and heart meld 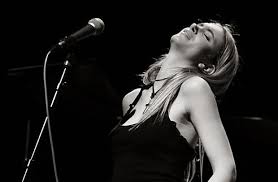 Athena is a magical musical angel whose songs release emotion like endorphins.

Listening to Athena’s new album, Ready for the Sun is a mind and heart meld.  The beauty of her voice, of her lyrics – of her very soul – submerges you in the deepest of emotion.  She sings to you. From the stage or from the studio, Athena connects to those who hear her so closely, so tightly, that every song on Ready for the Sun is an intensely intimate experience.  You know this woman when you hear her sing. She is authentic, sincere, close — and you want to listen to her over and over again.

Athena, a Greek-English singer (and environmental and children’s champion) combines, honesty, vulnerability and confidence in every note, singing about experiences and emotions that are simultaneously personal and universal. Her voice whispers, soothes, and flies with a malleability rare even in the most talented singers. But through every song – whether it is about her breaking heart in “Don’t Know How to Say Goodbye” or about the sparking magic of love at first sight in “You Bring Me Luck”, the intimacy is always there.  Every song is a song for you from a magical musical angel who releases emotion like endorphins and delivers them with a crystalline voice. There is simply no one like Athena, nor as good. Which is why she collaborated with Leonard Cohen on his album You Want it Darker, recording her haunting song “Traveling Light” for what was to be his final work.

Produced by Ethan Allen (Sheryl Crow, Gram Rabbit, The Cult) at Santa Monica’s legendary Village Studios,  Ready for the Sun introduces this English and Greek star to American audiences with 13 carefully chosen and crafted songs that are the result of over 2 years of writing, recording, critical listening sessions, and road testing in live venues. The work paid off.

Athena opens Ready with the lilting and hooky “You Bring Me Luck”, proclaiming that you are so natural/so magical, a good description for her uncanny ability to expand her voice from a beaming smile to a soaring shout of joy. She flows on to “Everything to me”, her voice sailing high as if driven by a solar wind. You are pulled along with her through it and then into “Where the Wildflowers Grow”, slowing down, letting the notes stretch and glide as she asks How to make it easy/to start again, a question we have all asked at some point.

The title song, “Ready for the Sun” announces that Athena is now in the present, in Los Angeles, in the American sun (as opposed to London gloom).  With a banjo-driven fast tempo she becomes a California girl – which, given her lithe body, welcoming bright smile and cascade of long blonde hair – seems as natural as the lyrics in “You Bring Me Luck”.  This is the point:  a music that is transformative and transportable.  The emotions she releases in her music are universal. The musical and lyrical messages of love and life in songs like “All of You”, “Good to be Alive” and “Autopilot” – complete with her whistling – create the heart meld, regardless of language or culture.

But another message permeates the album: “Stronger”, where Athena can shoot for the stars as a lover lit up the night. Not only is it a poignant chapter of Athena’s story of strength and determination, deftly shaped  by Allen’s production, but it lays down her philosophy – we complete each other. You feel this through the entire album:  not only are we stronger in love, but in everything from saving relationships to saving the planet.  It chronicles Athena’s fundamental emotional generosity – the magic that enables her to connect so deeply, even though earbuds.

Ready for the Sun turns to heartbreak in the intensely powerful “I don’t Know How to Say Goodbye”, to happy anticipation of “Don’t Forget to Sing”,  and even to a bit of whimsy in “Asleep at the Wheel” and “Everybody Knows My Name”.  But this is only after Athena transfixes you with her cover of the Beatles “Imagine”.  Breathy, honest, nostalgic and new at the same time, Athena brings back the hope of the original as she lays before us the vision of a world without hate or borders or war – her own vision. Of all the covers I have heard of this song, this is the most powerful and the most full of possibility.

Athena’s past albums, both in English and Greek, have  showcased  her voice and her sharp songwriting, but in Ready for the Sun she took time to do it right, including assembling a stellar band: Deron Johnson (Miles Davis), Jimmy Paxson (Stevie Nicks), Michael Ward (Ben Harper) and Jonathan Flaugher (Ryan Adams) which takes it to another level. Her experience in sold out European tours, performances at Royal Festival Hall, Glastonbury, TEDx and SXSW and composing for film and TV have all also been concentrated into her debut American release.

Ready for the Sun will captivate American audiences, as I have been captivated, with her ability to create not just music, but an intimate relationship with those who hear her. She is indeed, ready for the sun, and America is ready to be there with her. 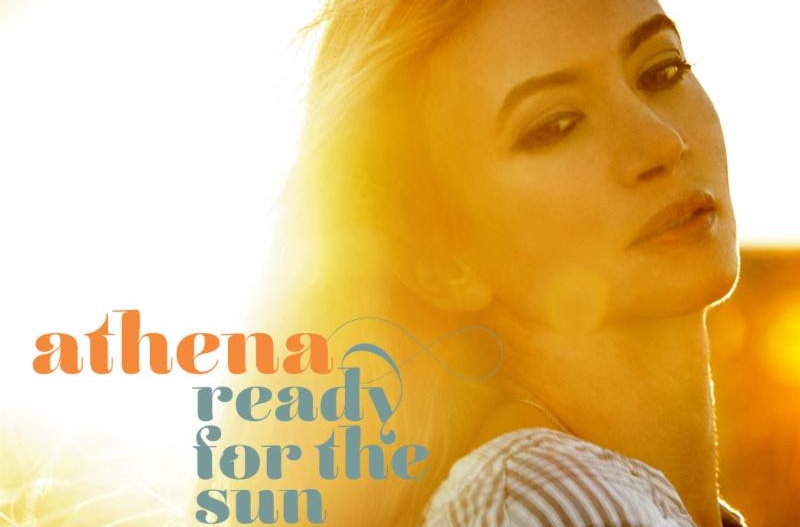