Ready Never uses DJ equipment and foot pedals to trigger sequences and build upon beats and rhythms developed all the while Fernando Jaramillo rocks the live drums and Benny Ed leads on vocals and bass guitar. Guest musicians continue to join the live experience 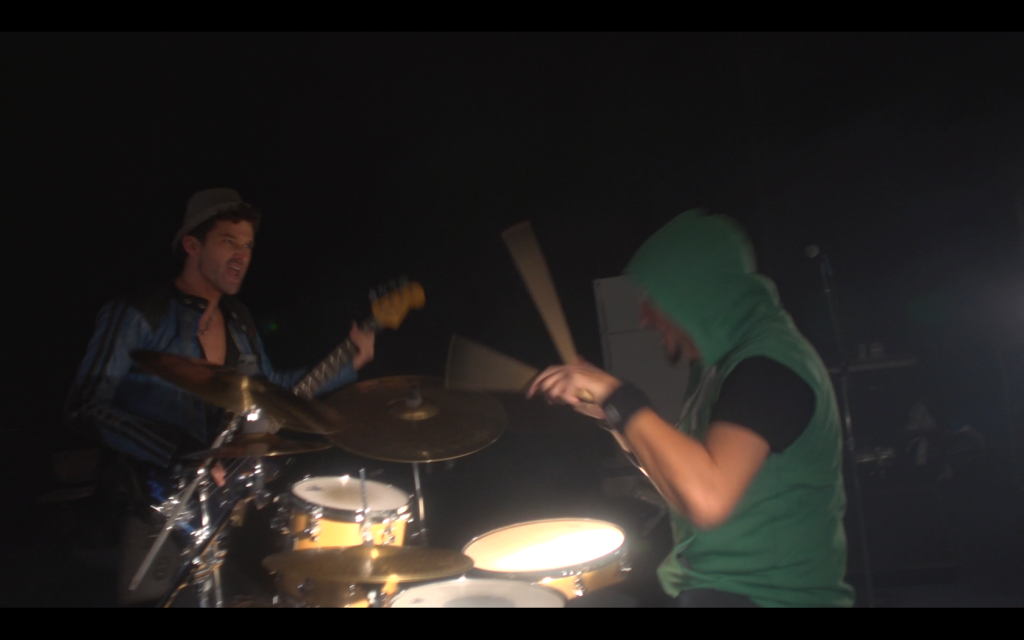 The debut album, “Eleutherophobia”, was released January of 2014 and is available on iTunes. It is full of electro-pop anthems about today’s “A.D.D” culture and the luxurious pitfalls of modern living. The album opens with the synth- hook from “Assistant Press Play”, with lyrics that ask us to imagine life if we had an assistant. In the second track, the hipster carousal pop that is “Casualties” reminds us all that there is a price to pay for living a life of distractions. The aforementioned “Take that Pill” is a sarcastic ode to our pill popping society; a cultural observation of the growing obsession our world has with pharmaceuticals and how so many people seemingly self-medicate through life. “My Eye Know Might” pokes fun at the almost-religious fervor our culture has for technology, and smart phones in particular. The title track, “Eleutherophobia” is an instrumental trance groove that perfectly represents the kind of improvised funk that can be heard during Ready Never jam sessions. The album was written by Benny Ed and Rudi Meibergen.

Ready Never has already performed at festivals in California, Colorado, and Argentina. In 2015, Ready Never has plans for a new album and appearances at various festivals and events. Their next show is at Los Globos in Silver Lake Ca on June 24th. For more info go to http://www.clublosglobos.com/event/885413-ready-never-los-angeles/ 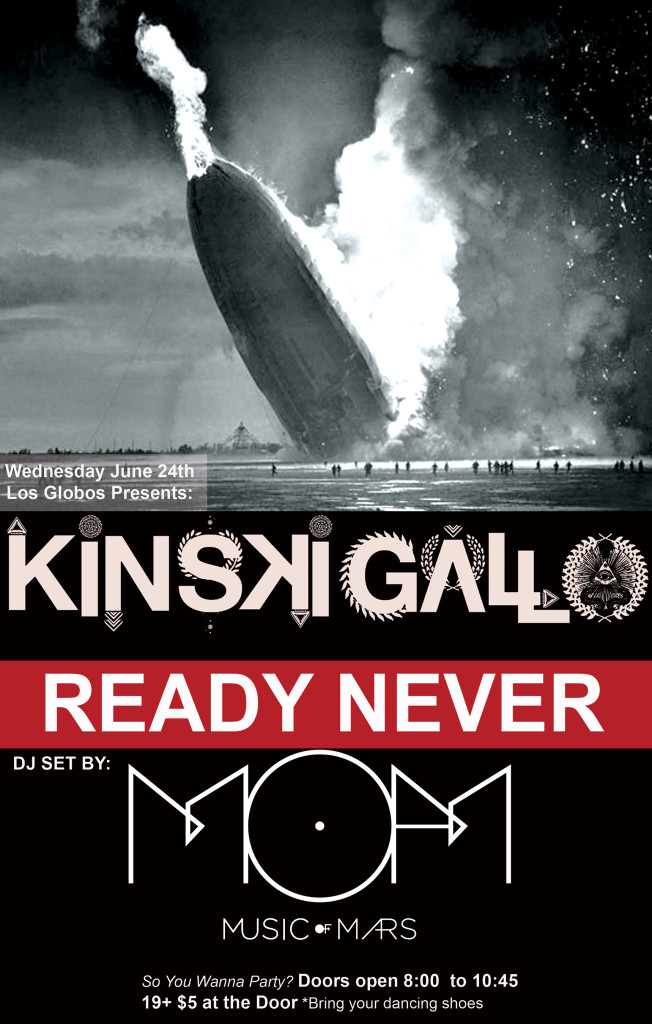 KinskiGallo, the former front man of Epic-signed, bi-lingual rock band, Monte Negro, is back on the scene after a 2 year hiatus with a fresh, new sound in Latin electro-pop.

Gallo is a seasoned veteran of the international music scene. When touring with his rock band, Monte Negro, he shared the stage with a variety of mega-acts ranging from Gwen Stefani and Nine Inch Nails to Café Tacvba, Zoe and Enanitos Verdes

With his solo project, Kinski Galle blends various Latin beats and infuses them with the newest, freshest sounds, paying homage to his defining influences which include cumbia, salsa, reggaetone, electronic and pop.

Already gaining traction, the first single, CUMBIA DEL CORAZON , is one of the most popular songs on the FIFA 15 video game soundtrack, having over 400,000 combined YouTube views to date.

M.O.M is an Electronic Music & DJ duo from Los Angeles comprised of award winning musicians/producers Krommo and Wolfgang X.
Krommo (aka Kinski Gallo) is the former frontman of the Epic-signed rock band, Monte Negro. He is a singer, songwriter and visual arLst. “Cumbia del Corazon”, a track from his solo project, Kinski Gallo, is one of the most popular songs on the FIFA 15 video game soundtrack (over 400,000 combined views on YouTube to date). 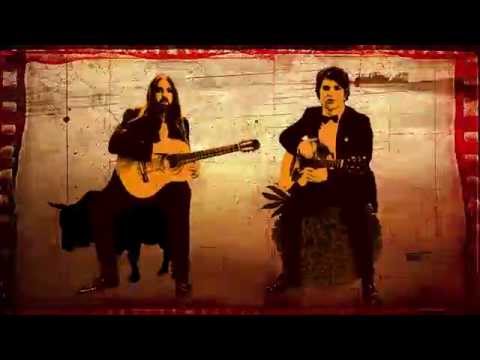