Welcome To The Raka Nation: The New Panabay Sound From Los Rakas That’s Been Representing Both Oakland and Panama

Welcome To The Raka Nation: The New Panabay Sound From Los Rakas That’s Been Representing Both Oakland and Panama

Home » Collective » Welcome To The Raka Nation: The New Panabay Sound From Los Rakas That’s Been Representing Both Oakland and Panama 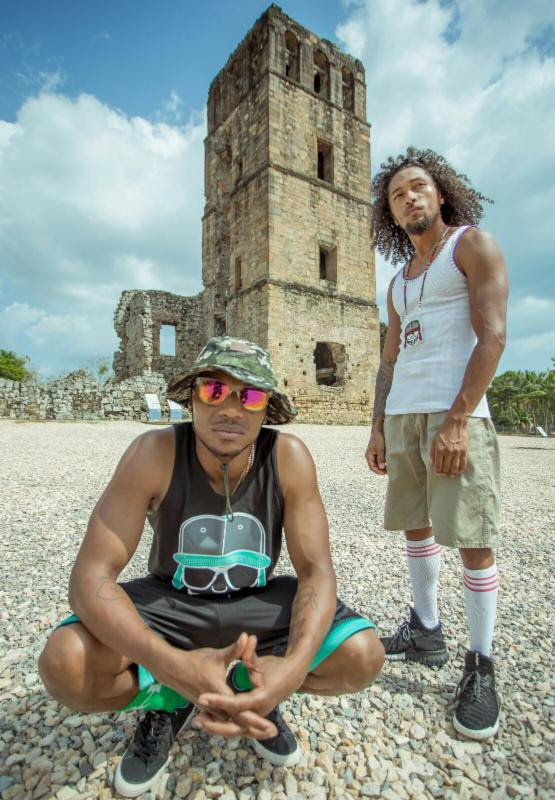 The halls of the El Rey Theatre echoed with the thumping and grinding of the hip hop, reggaeton beats mixed with the fusion of tropical, Fania classics. A small group of attendants swayed in a trance-like state holding their drinks while wearing jungle animal face masks; while, dancers adorned the stage moving to the beats of the percussion-laced sounds of the music. The whole theme for the evening was tropical since the event was dedicated to the record release of Calentura’s debut album from Fania records. Among the artists who were scheduled to perform, Los Rakas were on the bill for the evening. Hailing from Oakland, Los Rakas brought their “Raka Party” to Los Angeles giving the audience a taste of their mix of Panamanian-Oakland urban influences. The Calentura event is one of a couple of events the up and coming hip hop duo had performed recently. After tearing it up at El Rey, they headed for Austin, TX to play at the SXSW conference on March 12 where many musical artists attend to perform. The South by Southwest (SXSW) is an annual conference of festivals for film, interactive media, and music lasting up to 10 days at one point. The music festival itself is considered the largest of its kind reaching an estimated 51,000 registered attendants with over 1,000 artists performing. In 2014 alone, an estimated 2,000 artists were recorded to have entertained star-struck audiences, and this year both US President Barak Obama and First Lady Michelle Obama will be attending to appear as part of the Keynote Conversation for the SXSW Interactive and SXSW Music respectively. An honor that Raka Rich had admitted he wanted to see and hopefully meet the presidential couple himself before the conference ended. Thus, Los Rakas had much to look forward to going into the SXSW giving a performance that would cement them in the minds of thousands of fans and new listeners. 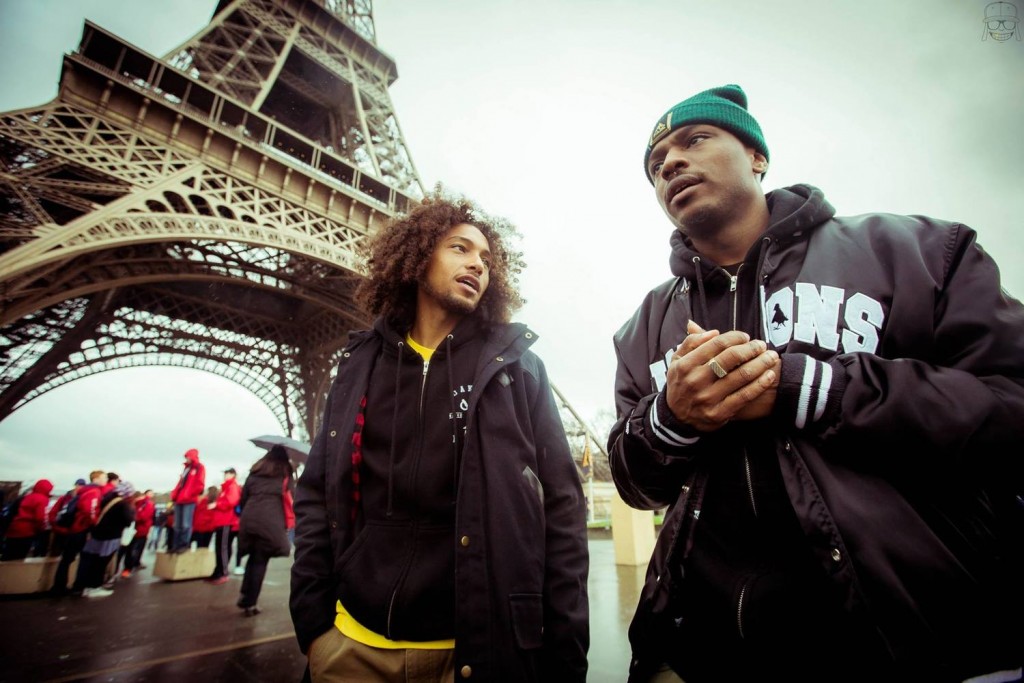 Influenced by musical genres like Jamaican reggae, Panamanian reggae, Haitian music, soft rock, and salsa, Ricardo Gilliam (Raka Rich) and Abdul Dominguez (Raka Dun) will be celebrating their 10 year anniversary as the famed hip hop group. They’ll be releasing their self-titled album on June 10, 2016 promising a variety not seen before. “We got together with Sebastian Krys and he put us together with some of the dope up and coming new producers. We got Maffio, Echo Hits on there and Kat Dahlia, Sheila E, Kafu Banton and Tarik from Panama. So, you’re gonna get a wild variety on this album. You’re gonna like it. I promise,” reassured Raka Rich. When asked what the difference will be in their new album when compared to their previous works like El Negrito Dun Dun & Ricardo, Raka Rich indicated that previous works showcased their solo talents; whereas, their latest project will display more of their collaborative chops. “This one is us all together.”  The Oakland-based group has been nurturing their career since the mid-2000s playing award shows, collaborating with other artists like Blondie, producing mixtapes, singles, creating YouTube videos, and traveling the globe building what they call the “Raka Nation” without the traditional attachment to an established record label. In fact, they had played alongside musical veterans like Cypress Hill, Snoop Dogg, and Erykah Badu at Snoop Dogg’s Smoke Out Festival in 2010. Not bad for a group whose origins stemmed from the small barrio of Nuevo Varanillo, Panama to the middle-class suburbs of Oakland, CA.

With fans from Denmark and Japan to other Latin American countries like Uruguay and Colombia, Los Rakas had developed quite a huge following keeping them ever so humble and grateful to their fans inspiring them to produce music that celebrate their humble roots in Panama while taking the urban rebellious bravado of Oakland’s neighborhood musical identity. “We chose the name “Raka” because we wanted people to know that we are Panamanian and that a Raka is an overcomer, no matter where they come from. A Raka is someone that is proud of whom they are.” Raka Rich referred to their Panabay Twist release highlighting how it represented both their Panamanian and US cultures. “It has all the elements of Oakland and Panama in it…We’re crossing from Panama all the way to the Bay Area.” It seems that much if not all of their music proudly celebrates the “Raka” culture from Raka Love to their EP, Chancletas y Camisetas Bordada (Tank Tops & Flip Flops) to their new, self-titled album that will be released this summer.

The sky is the limit for Raka Rich and Raka Dun who plan to take their unique sound into the next decade. After dominating the SXSW and releasing their new album, they want to work with other established artists who share their sense of communal pride like Daddy Yankee, Don Omar, and J Balvin. “We’re all a part on the same label. We are on the same team.” At the rate they are going, Los Rakas will no doubt defy any conventional industry standard inviting new listeners into their Raka Nation.