Q and A With Edith Crash.

Q and A With Edith Crash.

Home » Featured » Q and A With Edith Crash.

Where are you from ?
I was born in Perpignan in the south of France. The city is really close to the border and many people there have a Spanish origin, as I do. My grandparents migrated from Spain to France in the last century. I moved to Spain when I was 17 and lived eleven years in Barcelona and two years in Madrid. 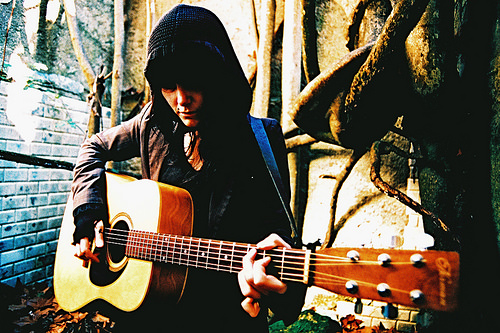 When did you start writing your own music and composing it?
I started playing guitar when I was 13. I used to compose songs at this time but in a more chaotic way. Music really helped me to reach emotional stability in my life. My first band ever was a cover band where I played drums. We used to practice in a town called “Ultramuerte” (“Ultradead”). In 2009, after playing in several groups, I started to concentrate on my own music and recorded my first solo EP called “Des Mots” in my little home studio in Barcelona.
We know you sing in many languages, but when the inspiration hits you what is the language you hear?
Most of the time the songs hit me in French.  It’s my mother tongue and until 17 the only language I knew, so I think this makes sense even if I now speak more Spanish and English in my everyday life. 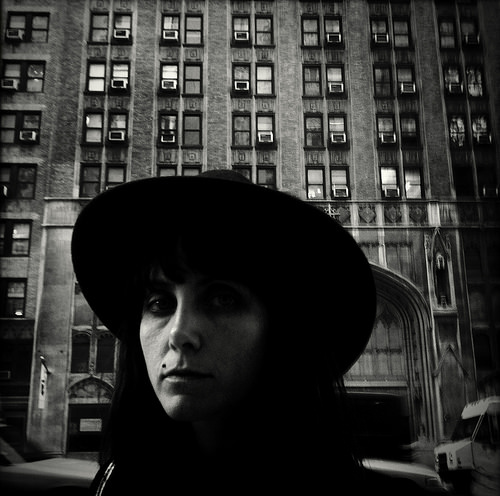 What has been your music history and can you tell us about the first time on stage?
I was a very shy child, I always loved to play music but I didn’t feel the need to get on stage until I was older. It’s funny, here in LA it looks like everybody is used to acting, playing, and making public speeches, but I come from a small town and it was different.
I was 17 the first time I got up on stage with a dark electro rock group in Barcelona. Years later I played bass in a metal band called “The Cannibal Queen” and we had some big shows supporting the bands Deep Purple and Avenged Sevenfold, among others. I think it really helped me to destroy my fears.
Can you elaborate a little about “YOU SHOULD NOT BE HERE”? since it was your last show for 2014.
My last show was at the Orange County Center for Contemporary Art in Santa Ana, for the closing of the exhibition “You Should Not Be Here”, curated by Sol Art and featuring great screenings, video art, animation installations, and photography. I was very happy to play for this event with Dorian Wood. I discovered his music exploring local LA bands when I first arrived. I went to one of his shows a year ago and totally fell in love with his art. 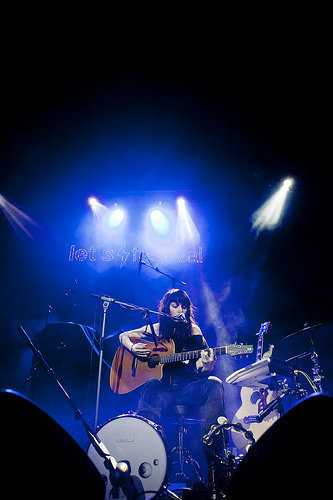 Anything you would like to add to this interview and where can fans of great music find you at?