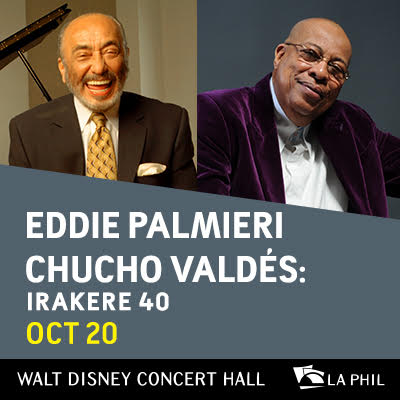 Come for: Born in Spanish Harlem to a highly musical family, Eddie Palmieri joined his uncle’s orchestra at age 13, playing timbales. “By 15, it was goodbye timbales and back to the piano until this,” Palmieri says. “I’m a frustrated percussionist, so I take it out on the piano.”

And more: Founder of Irakere and a second-generation jazz pianist, Chucho Valdés has won five Grammys and three Latin Grammys.