The kids of the “East L.A. Rising”, formerly known as the Boys and Girls Club of East LA, were in for a big treat this past Tuesday. CSU Long Beach Robotics Professor Walter Martinez Marconi and Barboza Space Center founder Bob Barboza hosted an interactive and informative robots themed special event base on Universal Pictures’ upcoming film, Pacific Rim Uprising, directed by Steven S. DeKnight, coming out Friday March 23rd. “It’s not only fun, exciting, and inspiring for our kids to be exposed to robotics”, stated Anna Araujo the Executive Director of East L.A. Rising, “it’s our responsibility to nuture our kids’ interest in the sciences. Unfortunately, low income kids have significantly less internet and technological access, as well as exposure to these types of special events that help them correlate STEM (Science, Technology, Engineeribg, and Math) education with career opportunities. Access to technology is becoming a civil rights issue of our time”, claimed Araujo, “and these type of events are vital to ensure our kids will be well prepared for tomorrow world”. 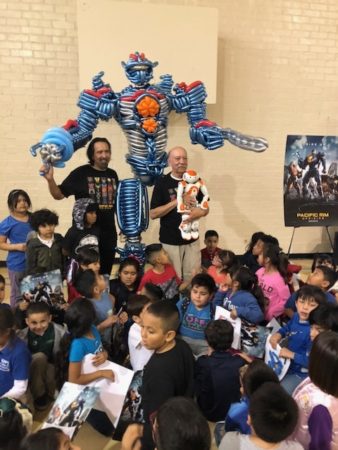 The highly anticipated sequel, Uprising, flashes forward 10 years from the first Pacific Rim and follows the rebellious Jake Pentecost, a once promising Jaeger pilot whose legendary father gave his life to secure humanity’s victory against the monstrous “Kaiju”. Young Jaeger pilots have only known a world of chaos and Jake has since abandoned his training only to become caught up in a criminal underworld. But when an even more unstoppable threat is unleashed to tear through cities and bring the world to its knees, he is given one last chance to live up to his father’s legacy with his estranged sister, Mako Mori, who is leading a brave new generation of pilots that have grown up in the shadow of war. As they seek justice for the fallen, their only hope is to reunite together in a global uprising against the force of extinction.

During Tuesday’s special event, the kids of the East L.A. Rising were given the opportunity to build, “pilot”, and compete with robots they constructed, similarly (in theory) to the human-piloted robot of the film’s main character, Jake Pentecost (Star Wars: The Force Awakens’ John Boyega). Even though the importance of STEM, was the highlight throughout the event, kids were also encouraged to discover their passions and to pursue their dreams, “you can achieve anything you set your mind to, all you need is perseverance”. This is fitting advice from Professor Martinez Marconi, a proud Latino immigrant who fell in love with robots after watching Star Wars back in 1977.  He migrated to the US from Honduras to pursue his dream of learning robotic technology.  His passion for robots fueled him to earn several degrees and certifications in engineering. He has dedicated his life to researching and making robots, something that he sees as “creating intelligent art”.   As an industry expert, Professor Martinez Marconi is often consulted by the entertainment industry for television shows and films, such as the upcoming Pacific Rim Uprising. It is not lost on Professor Martinez Marconi how special it is that he is a robotics consultant to the entertainment industry (particularly films) which was such an inspiring influence in his life. Besides the great robotic technology and fun groundbreaking special effects, the film also offers a positive message: regardless of where you are from, who your parents are, your skin color, religion, or sexual orientation, you can make a difference and be a hero – after all, it’s what’s inside of you that counts. 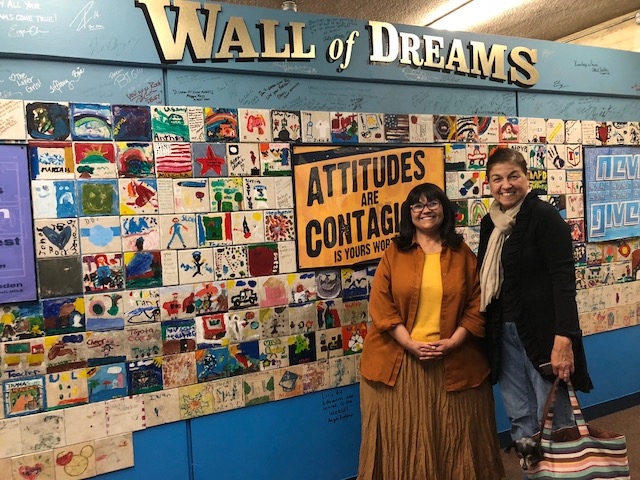 East L.A. Rising is a non-profit that has been serving youth ages 5 to 18 since 1950. For the last 16 years Anna Araujo has revitalized the organization transforming it into a recognized, both locally and nationally, community catalyst that creates a positive impact in the lives East L.A.’s youth. East L.A. Rising offers bold programs that include Arts, Athletics, and STEM. They even offer College Prep and Health & Life Skills courses all tailored to enhance the development of their kids. However, it is the passion and commitment that Ms. Araujo, the Board, and Staff have for the organization that are the key ingredients for Risings’s success. And the numbers speak for themselves. For the last 11 years, the teens they service have achieved 100% high school graduation rates, something that is particularly remarkable since only 34% of the adults in the community have earned a high school diploma. In effort to provide kids with experience that broadens their perspectives and increases their exposure to diverse professions, East L.A. Rising has created great partnership with industry leaders and companies. Hence, special events like the one with Universal Pictures’ Pacific Rim Uprising, provide more than just a fun pass-time for kids, they also introduce them to new exciting fields of studies, as well as exposes them to industry experts that the kids can look up to. Meeting and learning from these special guests can truly be inspiring, particularly when kids can see part of themselves in these successful individuals who may look like them or maybe share a similar story to theirs. Another testament of their outstanding work is their Wall of Dreams that has been signed by Magic Johnson, Keke Palmer, Bill Clinton, Kareem Abdul Jabbar and more recently Yara Shahidi. To learn more about East L.A. Rising, to donate, or to get involved email: anna@risinginc.org. 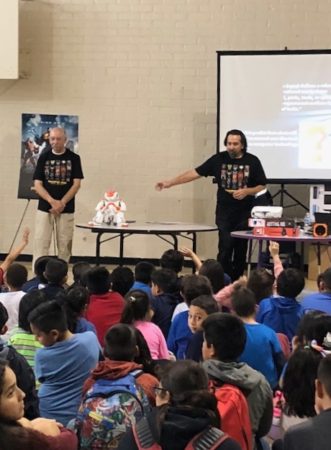 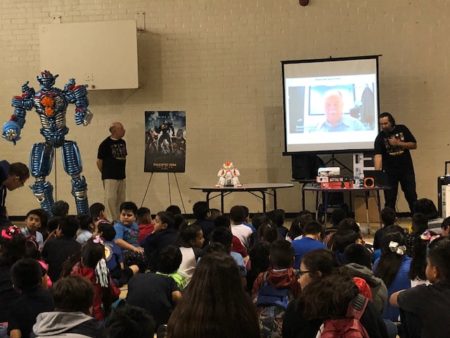