Gypset Magazine gives YOU the opportunity to WIN a PAIR of tickets to No Te Va Gustar Sunday June 26th at The Roxy Theatre.

EMAIL full name + your guest name and email to gypsetmagazine@gmail.com REPOST/COMMENT/SHARE this POST to INCREASE your chances of WINNING!

NO TE VA GUSTAR (translated in English to “You Won’t Like It”), was formed in 1994 in Montevideo, Uruguay. To date, the band has recorded and released 8 studio albums and 3 live DVDs, with every album going certified Gold or Platinum in Uruguay and Argentina.

Their latest album, El Tiempo Otra Vez Avanza (2014) had a smashing number one debut in charts all over Latin America. NO TE VA GUSTAR has been on tour over the last decade travelling throughout South America, North America, and Europe.

Nevertheless, the band’s heart and sound are firmly rooted in Montevideo. With its melancholic peace, the intellectual breeze of its pubs and cafés, and music floating in every corner, NTVG has built an expanding musical universe, inspired by the context of their hometown, as well as the stories they find and live along the way around the world. 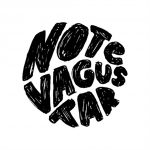