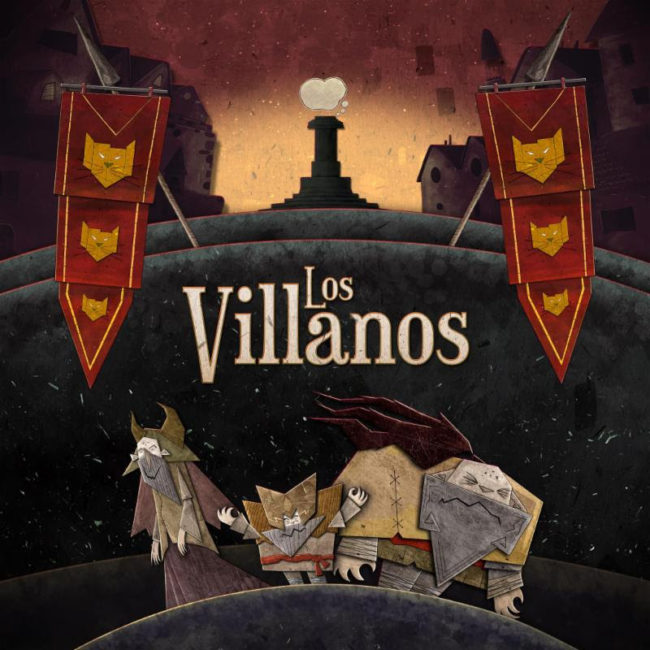 Within the framework of their most recent studio work, Suenan las alarmas, No te va gustar launches a surprise release of a new version of Los Villanos [The Villains] featuring Dr. Shenka, leader of the Mexican band Panteón Rococó. The collaboration of Dr. Shenka is an addition to the original version with Flor de Toloache, where the band contributed mariachi magic in the choirs, violin, trumpet and the guitarron. Los Villanos feat. Dr Shenka is now the new single of critical acclaimed album Suenan las alarmas and will be available in stores in digital single format on Friday, May 4.

Honoring the International Workers’ Day, the band premiered the video exclusively through their social networks and in U.S. through La Banda Elástica on May 1st.

Inspired by the lyrics of Emiliano Brancciari and in the production hands of Niko Films, the director Piter Moreira took the phrase “se olvidaron del pasado” [they forgot their past] to develop the concept that embodies the video clip: a town that forgets their history and because of that loses their ideals and becomes vulnerable in the face of a new form of power that manages to impose their thoughts. However, this town unites under their ideal thoughts and convert them into weapons to achieve their freedom.

No te va gustar has been touring a good part of Latin America and the United Stated on their tour Suenan Las Alarmas: a tour that includes shows in Argentina throughout March, April and May; Mexico in June, and that will continue its international journey in 2018.

Suenan las alarmas is a personal and mature album that demonstrates with elegance the Uruguayan band’s more than 20 years of trajectory. The material was recorded between July 2016 and March 2017 between the studios Elefante Blanco in Montevideo, Romaphonic in Buenos Aires, White Water Music in New York, and Bass Station in Brooklyn. The artistic production was carried out by Héctor Castillo, the talented Venezuelan producer and four time Latin Grammy winner for ¨Ahí Vamos¨ and ¨Fuerza Natural¨ by Gustavo Cerati, as well as being internationally recognized for his work with Los Fabulosos Cadillacs, Aterciopelados and David Bowie, within others. The mastering was done by Dave Mc Nair.

US TOUR DATES SOON TO BE ANNOUNCED