A conversation with Natalie Gelman: picked up a guitar at 16 and never looked back

A conversation with Natalie Gelman: picked up a guitar at 16 and never looked back

Home » Collective » A conversation with Natalie Gelman: picked up a guitar at 16 and never looked back

Natalie Gelman is talented, courageous, beautiful, brainy, creative….and many more complementary adjectives.  But after listening to her music and following her career for the past three years, it is something she said at a Ted talk in 2014 in Seattle that will always stay with me.  “I live  in the question”.  Or, as she quoted Mike Tyson, “Everyone has a plan until they are punched in the face”.  Her openness to the vagaries of life and the possibilities of the future is the energy that electrifies her songs. And her music is electric, not in the guitar sense – she plays acoustic – but in its high voltage lyrics and thrumming arrangements. Listening to her is living in the question, because you never know how they will affect you.  I had an opportunity recently to ask about some of the questions she lives  and questions in the songs on her new album, Streetlamp Musician.

Patrick. A lot of things have happened  to you since we last talked. You have released more albums, you have toured Europe, you have crisscrossed the country, I think you got married somewhere in there too.  So, are you still living in the question?

Natalie. Yes,  I am still living in the question – and I did get married.  I was just  talking about this about the other day and wrote about this whole thing to launch my Kickstarter campaign for my new record that is coming out this year.  So much of our lives is out of our control. Not all of it – we have to hold on to somethings, but you have to surrender.  My happiest times are when I am not surrendered and  I say that “oh my god  this whole day has been horrible and I need wine and coffee and more wine”. What can I do now, and maybe there is a reason – everything that is wrapped up in the question mark on my hand.

Patrick. Your new song “The Lion” seems to have a lot a questions in it. And the video with it certainly does.  The lyrics You woke up the lion and she always has her way/

You might not be familiar but today you’ll have to pay…You’ll get out alive if just do what you are told.  The songs seems to be about love and sex and consequences. but the video that goes with it says that there is a lioness awake in America and she’s not happy.  Is that true, has the lioness been awakened in America and you are spreading her message?

Natalie. I think so.  That was the song’s conception – you done me wrong —  from a really simple place.  I was inspired by the song myself;  it came out in 2014, but it was written a few years prior.  So the song has aged.  As a performer, often I take what the song was about in the first place and find it a new home, a different story. That comes from growing up with opera and music theater. The vengeful, lustful inspiration was short-lived, but I loved it and had many ideas about the video.  I went through a number of ideas – showing women dancing – but this is what we did.

Patrick. The messages in the video are very unequivocal.  Will it start or shut down conversations?

Natalie. It already has.  My dad didn’t get it.  I wasn’t really raised by him so I understood; I am much more an open person and adaptable person. But the intention is to start conversations – I want to think about who am I in bed with.  Who is probing me with ideas. I don’t want to get on a political soapbox – I don’t know enough and I am not inspired to do it.  I wanted to start conversations. 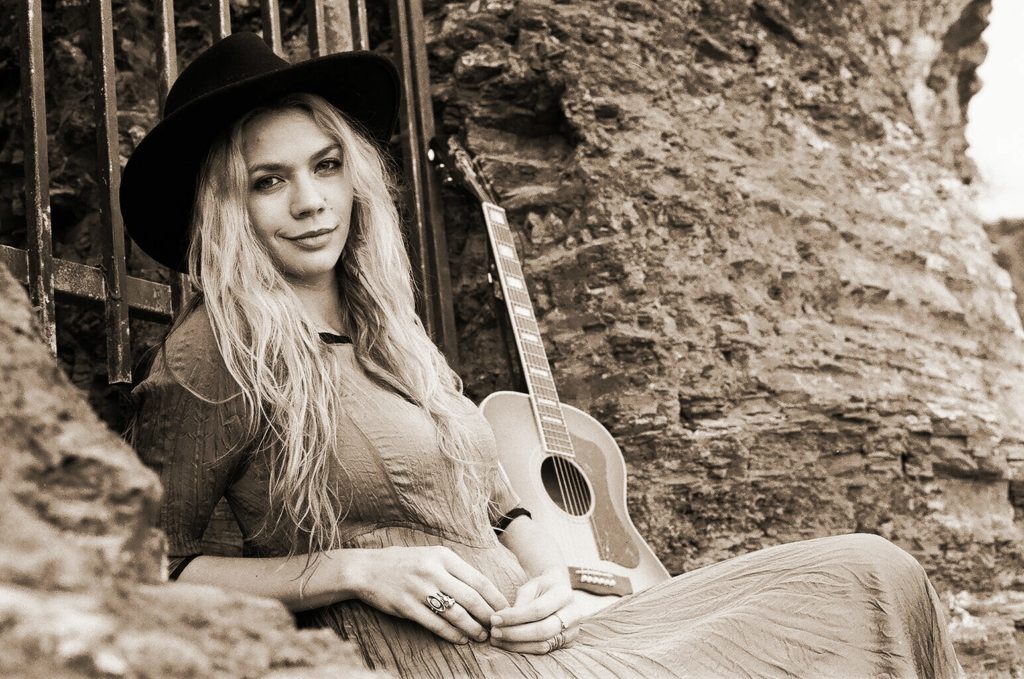 Patrick.  In your song “Long Stemmed Roses”, you sing:

And I haven’t got another single care in the world/But holding on to you.

That seems like a happy love song, but later you sing:

Are we happy… I suppose/But really, who the hell knows.

You seem much more in the question in” Long Stemmed Roses” than in “The Lion”, both in the lyrics and the music?

Natalie. Yes, I am.  That’s the question about love. This is your partner, but sometimes you find that they challenge you and inspire and annoy you.  That song took three and half years to write.

Patrick. You were on a 10 week, eight country, 29 performance tour that landed you in 26 beds and 7 couches.  Sounds like you really embraced the chaos and the question and had a great time.  Was that ;your first European tour?

Natalie. Yes.  I had been before, when I studied opera there 10 years ago. It was amazing .  I hope to tour this record there in the future.

Patrick.  I noticed that in one of your new songs, “The Answer”,  you drop your voice to a much lower register and keep it very monotone.  It is very interesting, but it is so different from your other songs.  Why did you do that just for “The Answer”?

Natalie. “The Answer” was actually written for the end credits for a short film. They thought I was going to write a gospel song.  But I don’t do that, so I wrote this song about me. It wasn’t a super conscious decision to write and sing it that way. I do have people sometimes say to me you work so hard when you sing.  I grew up singing in the subway in New York and you would think that after 3 hours of singing I should be tired, but I am not…my voice is at its best. When you have a really big instrument, the voice, it takes a long time to warm up and clear out everything.  I wrote that song, not with that intention, but it is just another part of my voice.  I had also been listening to singers like Jack Johnson, Ben Harper  – warm mellow songs.  I think that the words also inform me –t is very introspective.

Patrick. Your song “Most the While” is such a laid back song, Is that also about you, about a relationship of yours.

Natalie. I actually wrote that as a love song to my audience.

Patrick. What a great concept – a love song to the audience. Another reason why they give you so much love.  Natalie thank you for talking with me today.

Natalie. My pleasure.  Thank you.