The lineup for 2018’s Music Taste Good has been revealed!

The mammoth two-day music, food, and arts festival returns to Marina Green Park, along the picturesque Downtown Long Beach shoreline, on September 29 and 30th, and will be headlined by none other than iconic British New Wave legends New Order (Saturday) making their only west coast appearance this year, and Grammy-nominated and Mercury Prize-winning English singer-songwriter James Blake (Sunday). 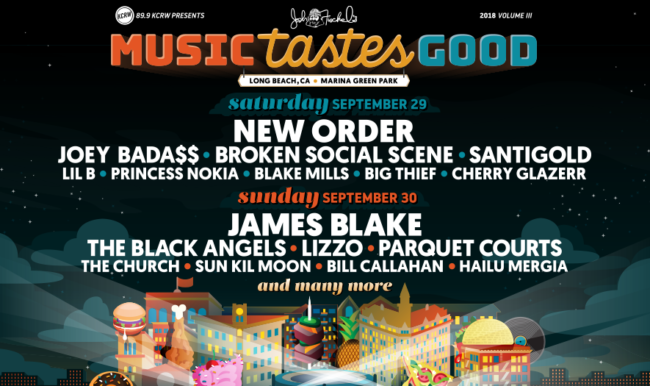 Returning to the festival for year three is an expanded and more inclusive Taste Tent with the theme “Port Cities of the West Coast,” which will offer all attendees (not just VIPs) a chance to immerse their taste buds in culinary samplings from some of the best coast’s most talented and acclaimed chefs and restaurants, including: