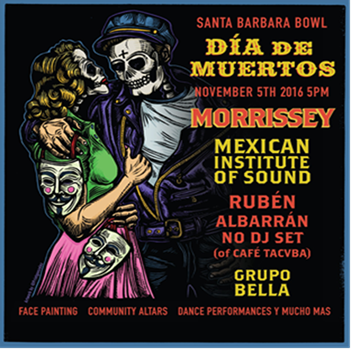 Morrissey, iconic frontman of the 1980’s British band The Smiths will headline a sold out show at Santa Barbara Bowl on Saturday, November 5. Celebrated as one of the most influential artists of all time, Steven Patrick Morrissey is widely credited as a seminal figure in the emergence of indie rock and Britpop in Manchester, England and has achieved cult status around the world and especially in the Latino/Chicano community throughout Los Angeles. Morrissey tour dates can be found at www.True-to-You.net.