Last week saw the end of an era in electronic music and maybe the beginning of a new one. The end came with the death at the age of 70 of Edgar Froese, founding member of the iconic and tremendously influential German electronic music band Tangerine Dream. The beginning may have come with an album release party in Hollywood’s Las Palmas club, showcasing Mord Fustang’s new album, 9999 in 1, which takes EDM the next step into the future.

Since Tangerine Dream’s historic 1977 concert at Santa Monica Civic Auditorium ( I was actually there! ) introduced American audiences to the space-aged laboratory of Electronic Music, EDM (“dance” got added along the way by necessity), has taken over warehouses and rave clubs and dubstep parties from South London to New York City, to DTLA to Rio. It moved beyond the dance scene, while keeping both feet securely in it, when New York’s Salme Dahlstrom began licensing her Acid Cowgirl Audio Trade album’s songs for national advertising and television shows. Suddenly EDM has become the music of Bank of America, Honda, Suave and prime time television dramas.
With the release of 9999 in 1 , the quiet and somewhat mysterious Mord Fustang, who used to release songs with no explanation of who he is, is leading the next generation of EDM, not out of the dance scene, but beyond it. With hooks that stick in your ear and beats that stick in your muscle memory, Fustang’s new album makes EDM accessible beyond the DeadMaus5 crowd, while fitting comfortably in it. 9999 in 1 will be a breakthrough album for Fustang; it may be EDM.
There are ten songs on the album and they range from classic Fustang sounds, to the edge of pop. The album itself was assembled along the theme of the early video games the tall, quiet Estoniantransplant was raised with and plays constantly, including before performing. The album has a flow – a Prisoner of Zelda feel – that makes you want to put on your headphones and listen at times, and kick off your shoes and dance at other times.It starts innocently enough with “1984”, classic Fustang – synths reminiscent of a video game, powered by 150 bpm base beats scaffolding a relaxing snyth accented by modulated sound effects. The final result can be a hypnotic dance rhythm or a background song for work – either way, it does the job of introducing the album and letting you know this is a going to be a fun journey. 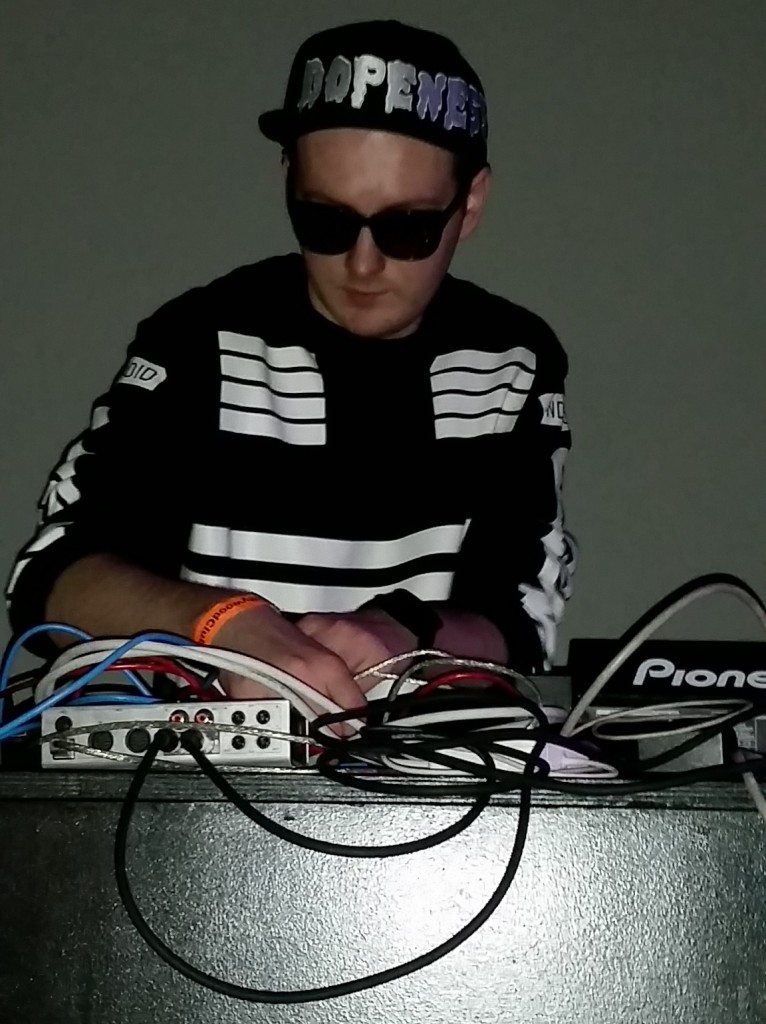 The journey starts in earnest with “Drivel” staying within Fustang’s wheelhouse, it starts off with an accessible beat, not quite complextro or even full dubstep, but pulse-quickening. Electronic organ notes and strong whirling keyboard notes move us along but keep us in the dance world.
We start to leave that world with “Pop” featuring the Canadian electronic pop duo LIINKS, Georgia Murray and DWhiz. The vocal refrain, “time to let me do pop” moves us out of the dance club and toward the radio and Billboard charts, while keeping the energy up. But you can see where he are going – more accessible, more joy, more varied audiences.
Transitioning to ”PRESS START”, Fustang, stays relaxed, a neat trick at 140 B PM. Computer sounds, scratches and a muted beat keep us interested but not over the top. …until about half way through and then the music rises, the beats become more complex, the vocal samples become more insistent, and we are back in Fustang world, but definitely not in Kansas anymore. 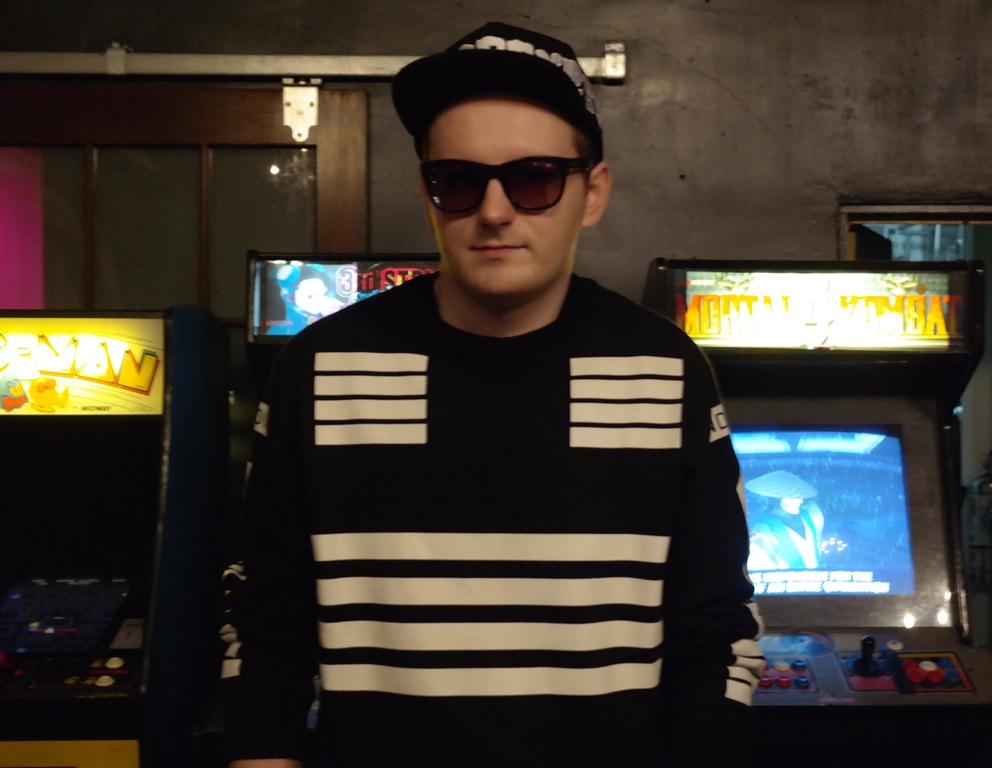 The peak of the album, to me, comes next: “Doppelgangbanger” which calls us immediately to attention with a marching band complextro drumbeat, rapid fire snare beats underlain with a 135 bpm backbeat. The energy combined with the snare beats makes this unique. The instrumentation rises, the pulse quickens, the story reaches a climax but it doesn’t drop you, either technical or emotionally. You glide back down and are ready for the next set of games.The next games are “Skyward World”, a slowed down offering with distorted vocals intermixed with organ synths over a muted bass beat, and “Elite Beat Agent”, which stays with the muted theme, moved along by a low-level bass line accented by clap beats on the eighths, all of which support distorted vocals interspersed with wobble.
Before heading down the home stretch, Fustang gives us some old school flavor with “Milky Way” which begins with a complex intro, distorted vocal inserts, lowered bpm, but more complex beats and a synth note that is just this side of distracting. “Milky Way” barrels into a spinning keyboard/synth vortex while keeping the contextual distorted vocals, holding our attention while it flings us into space.
Fustang keeps us in space with “The Morning After the Morning After Pill”, a soundscape that moves emotional, but not rhythmically, with shimmering synths, strong keyboard notes that move into the foreground while we fade out among the falling stars.At least two of the songs from the album, “Doppelgangbanger” and “Pop” are poised to go beyond the clubs and into the wider pop universe. If they do – and I think they should – they will sensitize audiences to the ethereal beauty and everyday energy boost of EDM.
By Patrick O’Heffernan. Host, Music Friday Live.
9999 in 1 by Mord Fustang
Available at iTunes, Spotify, Beatport.com
http://mordfustang.com/