The newly renovated and historic Regent Theatre in DTLA has opened its doors again and provided stage for an amazing lineup of musical acts. On the night of December 3rd, 2014, Spaceland and ClubMercy presented none other than Mexican rap-rock band, Molotov. On the verge of celebrating their 20th anniversary, the Latin Grammy award winners are currently touring in support of their new album Agua Maldita. And of course, Los Angeles had to be one of their prime stops for the controversial band. 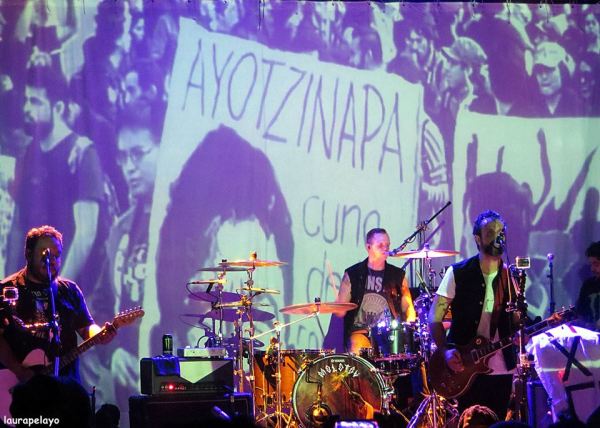 The rain on this cool night did not prevent fans from making the drive and filling up the venue. Its general admission, balcony view, and inclined open floor provided a great view from any spot. The opening act Aztlan Underground, left the audience intensely ready and anxious for Molotov. The crowd burst into an up roar as Tito Fuentes took center stage with his guitar, Miky Huidobro and Paco Ayala strapped on their bass guitars, while all three sported their signature manly beards, but a clean cut and naturally blonde Randy Ebright took a seat and surrounded himself with his drum set. They initiated with the aggressive tunes of “Noko” and “Santo Niño de Atocha” which immediately sparked the rough necks in the crowd to turn the floor into a tornado with a mosh pit. They did their own perverse versions of well-known covers like “Amateur” (Rock Me Amadeus, Falco) with a killer guitar riff from Beastie 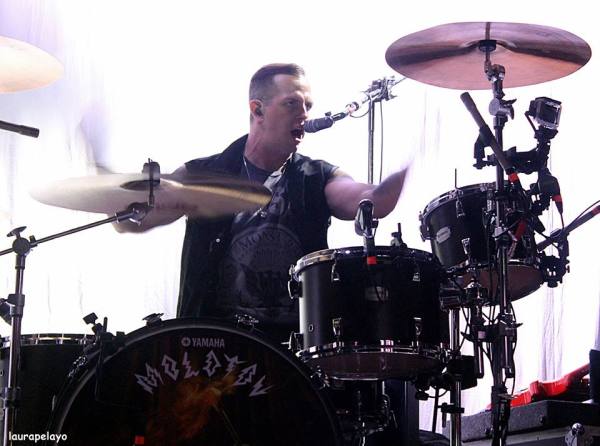 Boys’ “So What Cha Want,” and a cumbia version of “Marciano” (I Turned Into a Martian, Misfits.) The playful sense of humor was evident throughout their set. But they also displayed and encouraged awareness with songs like “Gime Tha Power” and “Hit Me” which speak against the corruption in political officials and disparity between the rich and the poor. They held a fan-made sign with the word “MEXICO” while talking about the 43 missing students in Mexico. One of their greatest hits “Frijolero” was dedicated to Los Angeles. 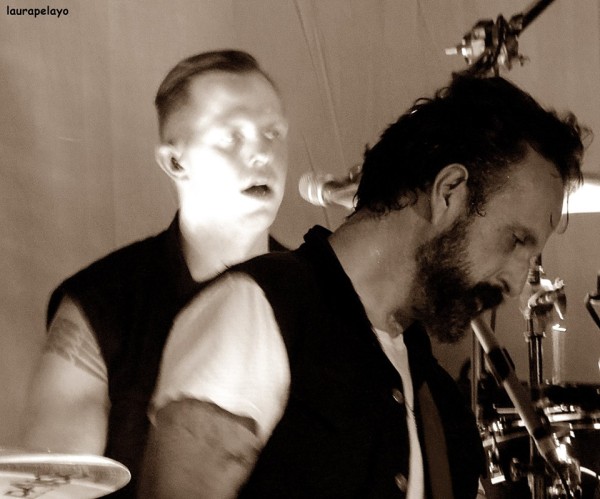 They rotated instruments, contributed with vocals, and provided an outlet for fans to release some tension. They even got into the Christmas spirit during “Mas Vale Cholo Que Mal Acompañado” when they mixed in “Blanca Navidad” (White Christmas.) Immediately as they walked out at the pseudo-end of their set, the usual “Otra!” chant was replaced with a roaring “Cu-le-ro” and “Pu-to” chant to invoke and demand an encore. And they got a precise encore with the all-time anthem “Puto”: a controversial song that was considered offensive to the LGBT community, however, the band has openly explained it is geared towards government officials who participate in corruption and bribery.

The quartet said goodbye to their audience as the drummer broke several drumsticks in half and threw them into the crowd. Although the band’s risqué lyrics and videos have resulted in them being banned in their home country and even radio, they were more than welcomed in Los Angeles. A sweaty crowd was left pumped and satisfied at the same time.

Molotov will continue their tour in several US cities Including New York and New Orleans in the remainder of this year.

Article and Photos by Laura Pelayo

**Side note the band had just been nominate to the Grammys 2015 for BEST LATIN ROCK, URBAN OR ALTERNATIVE ALBUM