Mockingjay - Part 2, the last installment of the Hunger Games

Mockingjay – Part 2, the last installment of the Hunger Games 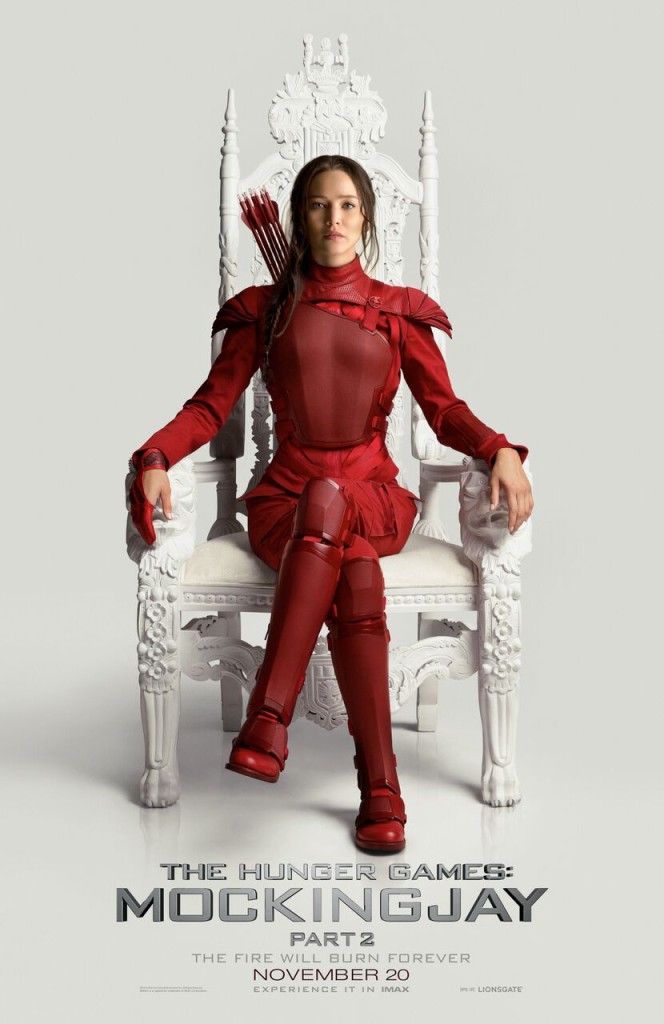 Mockingjay – Part 2, the last installment of the Hunger Games, released this past weekend without disappointment to its loyal and adoring fans worldwide. Awaiting the release for 4 years since Mockingjay – Part 1, audiences witnessed the triumphant end of the trilogy carried throughout the series by its heroine Katnis Everdeen, played by the Academy Award winning actress Jennifer Lawrence.

In the film, Katnis teams up with her closest friends, including Petta (Josh Hutcherson), Gale (Liam Hemsworth) and Finnick (Sam Claflin) for the ultimate mission to liberate the citizens or war-torn Panem and assassinate President Snow, who’s obsessed with destroying Katnis.

On their mission to assassinate President Snow, the team not only navigates through obstacles and traps placed in District 10 by Snow to destroy them, but they must tackle head on the moral principles of loyalty and love they have placed on themselves. “Who should I trust?,” is the question one asks throughout the film.

Dodging bombs, bullets and what appear to be swamp-like zombies, Katnis appears tired and almost defeated mid-way through the film. Reflecting on all the hunger game battles and lives lost, Katnis declares she is “done being a piece in this game.” Without defeat, however, going in and out a lucid mindset from torture he’s endured, Peeta reminds Katnis, “Our lives were never ours. They belong to Snow and our deaths do to. But if you kill him Katnis, if you end all of this, all those deaths… they mean something.”

Withholding more of the plot and ending of the film, as it is one surely not to be missed, Monckingjay – Part 2 beautifully closes the series from action-driven to an emotionally faithful conclusion. Fans and even new audiences to the franchise will be pleased the “girl on fire”, Katnis, never lost the fire within, despite all challenges to burn out her light, and into the end became the glowing ember she has always been. 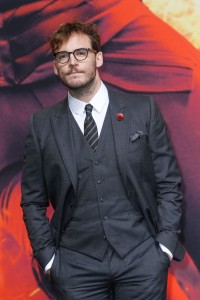 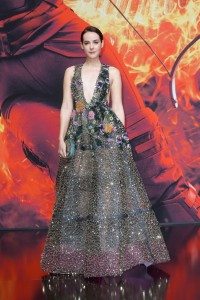 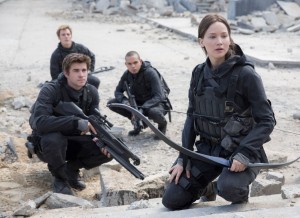 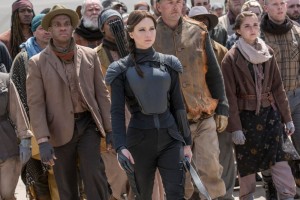 Directed by: Francis Lawrence
Screenplay by: Peter Craig and Danny Strong
Adaptation by: Suzanne Collins
Based upon: The novel “Mockingjay” by Suzanne Collins
Produced by: Nina Jacobson, Jon Kilik