From AHS:Cult Killer to a Cherry Pop Queen, Miguel Sagaz can do it all! - Gypset Magazine

From AHS:Cult Killer to a Cherry Pop Queen, Miguel Sagaz can do it all!

Home » Collective » From AHS:Cult Killer to a Cherry Pop Queen, Miguel Sagaz can do it all!

Many Latino actors aspire and work hard to cross over into the American market. For the talented Mexican actor, Miguel Sagaz, his hard work is paying off and he is determined on making his mark in Hollywood. The journey has not been easy as it has required true girt, patience, effort and tolerance to frustration; but Miguel claims that being able to do what he loves is worth it all. 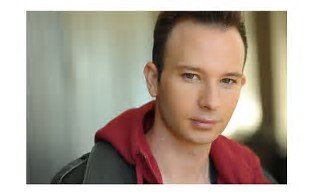 Growing up in Mexico and Spain, Miguel has always been passionate for the arts. He pursued acting in college and graduated with honors from Emerson College in Boston. He has worked in the entertainment industry for decades as a host, journalist, choreographer, actor, and even has creative director under his belt. A self-described creative artist and chameleon, his impressive resume is composed of acting roles (both in English and Spanish) in acclaimed series and movies such as: CSI: NYC, Entourage, Will and Grace, No Eres Tu Soy Yo, Estado de Gracias, and Nacho Libre (only to name a few). However, with the comedy Cherry Pop and his recent role in the cultural phenomenon American Horror Story – CULT, this year has been a turning point for this Mexican-American actor. Miguel talked with Gypset about the amazing whirlwind 2017 turned out to be and what’s next for him.

You have played very challenging yet different roles this year. Can you share with us what attracted you to these characters?
I am most attracted to character work and this year has blessed me with very rich, deep, and challenging roles. In both Cherry Pop and in American Horror Story (AMS) my characers were very different, one was comedy and the other one was horror-drama; however, they both required me to dig deep and challenged me as an actor, which is something I truly enjoy. As a dramatic role Bruce (AHS) was extremely challenging. And as a comedic role, Choriza (Cherry Pop) really pushed me out of my comfort zone. These are some of the reasons that I love acting so much, because it provides me a creative outlet that allows me to explore, reach and really express myself in many ways. These different roles that are in such different genres, have really helped me grow and perfect my craft. So, it was very interesting that both roles, which appeared so unexpectedly and are such opposites, came about the same year. I just feel so fortunate to have been given the opportunity to showcase my emotional range and versatility as an actor so early on in my career in Hollywood.
These types of roles have also been great because they have focused on my talent and skills as an actor, and have to been so tainted with stereotypes of how I look or where I am from. They have truly allowed me to embody and bring to life these characters. It’s been truly gratifying.

The hits series American Show Story is one of the successful horror shows on television right now, with a massive following. In its own horrific psychological thrilling way, American Horror Story -Cult, exposed an unusual underlying satire of the current political status quo as is backdrop and feminist politics as the forefront of this exciting new season. Were you a fan of AHS before getting the role? And how does it feel to have been a part of this cultural phenomenon?
I’ve been a fan of the show since the first season aired, so to have been able to be a part of it was an amazing experience. There is nothing quite like it on television right now. I’ve been following Ryan Murphy and Brad Falchuk’s work for years, so to have been a part of it was incredible. To me they have the Midas Touch.
This season the writers gave the show so much strength and female empowerment. They wrote characters that were full of layers that humanize them and made for some great storylines. I have been fascinated with the horror genre all my life and had been dying to play a role. Thus, I was extremely excited when this opportunity came about and feel so lucky to have been a part of such an epic show.

Tell us what was the most challenging part of your killer role?
The most challenging aspect of playing Bruce was empathizing with him. He had a lot of layer to him because he was sexually abused, emotionally battered, and was kicked out of the army. He just had so much anger towards men. That’s why he was able to join this cult of women that were also enraged by men. Finding and connecting all those layers was important. After all, being able to relate to your role is key, especially when your character is literally begging for his life because he is about to be gruesomely murdered. So, that’d what drove me to dig deep and connect with Bruce’s layers of rejection and abuse. I had to really empathize with him so that I would not judge his action, but rather understand him. I had to put myself in the shoes of a human being who had endured so much to the extreme that he just had to join a cult. That’s how I was able to be true to the role. 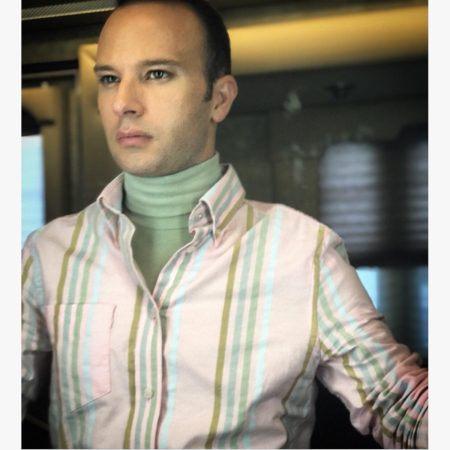 How was it to work with such a talented cast?
I loved every single minute of every single moment in this role. I truly enjoyed being on set and with the cast. To have been able to work with Rachel Goldberg the director, the producers, the writers… I feel very lucky to have been able to work opposite of the such talented actors like Lena Dunham who I just admire so much, Dough Murry Jones, Jamie Brewer… and just the entire cast. We were all just so passionate about it. So being on set was truly just so fulfilling. Really a dream come true. Plus, we became a sweet close group. We even watched the screening of the episode at Rachel’s house. We texted. We hung out. It really was just an unbelievable experience.

Cherry Pop, now on Netflix, is a funny and entertaining movie. What can you share with us about Choriza?
She is a character unlike any that I had played before. Choriza was a witty and spicy Latina who’s not your stereotypical drag queen. I had never done drag before, so I had to step into those shoes and learned how to dance in heels and just really step it up, because I wanted my performance to be authentic. So, it was an incredible experience and although it was a risk, it was also a huge honor and I just came out of it with so much respect for these Queens. This is a fun sassy movie and I hope many people will laugh with it and just enjoy it. 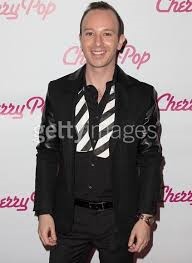 What is next for you?
I would like to get a role as a series regular and be part of a great storyline where my character will develop, grow, and have a bigger arc. Whether it’s in comedy or drama… I am just really exciting of what 2018 will bring. I believe that it’s all about the right timing that if I work hard and am prepared I just have to trust that the Universe will continue to bring the right opportunities to me. So, I just hope that good roles will come my way, that they will allow me to grow as an actor, and that I will be able to continue doing what I love.
I would also like to be able to spend a little more time on a non-profit that I am developing with a few of my friends who are also artist. We would like to create a program I Mexico that will help underprivileged children by creating space in which they would be able to express themselves though the arts. When I was growing up in Mexico there were not a lot of places available for kids that fostered their creativity, that served as artistic outlets or cultivated that love for music, performance, dance, art and such. Here in the states these types of places are more common, but in Mexico they are truly scares. So, we want to create these artistic spaces for kids as well as train teachers back in Mexico to implement these programs. I was lucky to have had an artistic outlet through dance when I was growing up and it truly made big difference in my life, so that’s why I want all kids to have that opportunity too.