Renowned journalist and host of TELEMUNDO’s daily news magazine “Al Rojo Vivo”, Maria Celeste Arraras is coming to Los Angeles to receive a distinctive tribute to commemorate her 30-year television career. With a special ceremony, the City of Los Angeles will present her with an official proclamation honoring her for her extensive career as a trusted voice for the Latino community in Los Angeles and throughout the world.  Media will have the opportunity to cover the event and interview the distinguished TV personality.

Maria Celeste Arraras’ visit to Los Angeles also includes the live broadcast of “Al Rojo Vivo” on Monday May 23rd from Plaza México, Tuesday May 24th from Grand Park and Wednesday May 25th from Hollywood. The show will feature a number of special guests, including Rosie Rivera, Regulo Caro, Mitza and Eddie “Piolin” Sotelo, and will cover the addition of Angelica Maria to the Hollywood Walk of Fame, as well as other surprises to commemorate María Celeste’s three decades on the air. 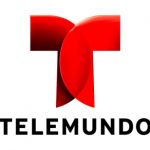 TELEMUNDO is a world-class media company leading the industry in the production and distribution of high-quality Spanish-language content across its multiplatform portfolio to U.S. Hispanics and audiences around the world. The network features original scripted dramas from Telemundo Studios – the #1 producer of Spanish-language primetime content – as well as non-scripted productions, theatrical motion pictures, specials, news and first-class sports events, reaching 94% of U.S. Hispanic viewers in 210 markets through its 17 owned stations and 54 broadcast affiliates. TELEMUNDO is part of NBCUniversal Telemundo Enterprises, a division of NBCUniversal, one of the world’s leading media and entertainment companies. NBCUniversal is a subsidiary of Comcast Corporation.