Monday, February 9th will mark the eagerly-awaited return of “the most widely sold and heard Latin band in the world” (Billboard), as Maná debuts their new single “Mi Verdad” (The Truth) – featuring Shakira.  That day will also see the band premiere the track’s recently filmed video, likewise co-starring Shakira. Filmed at a wine cellar located in the outskirts of Barcelona, the video marks the first time that Maná is working with renowned director Jaume de la Iguana whose credits include Alejandro Sanz, Miguel Bosé and previous work with Shakira. 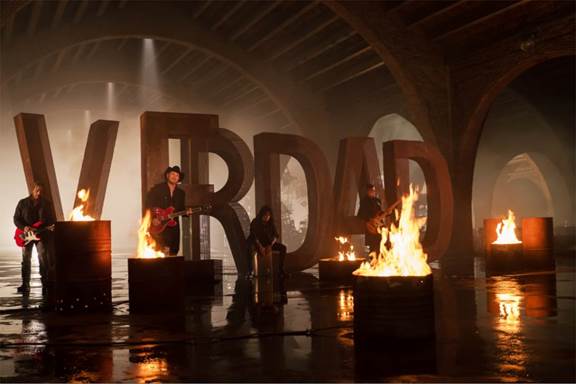 Set to become available for download via all digital music retail platforms the next day on February 10th,  Maná describes “Mi Verdad” as a song “of inspiration, peace and unconditional love in trying times” (See a first lyric sample below shared by the band via social media in recent days).

“Mi Verdad” is the first advance single release from Maná forthcoming new album – which the band is in the final stages of recording. With Maná’s track record that already boasts over 40 million albums sold, four GRAMMYS, seven LATIN GRAMMYS, and more #1 singles than any other Latin band, the album is sure to be the most highly-anticipated Latin music release of 2015. 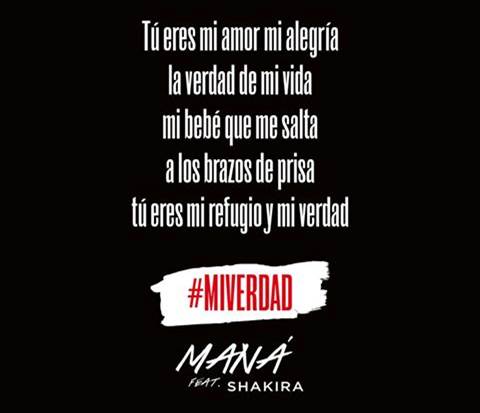