Luis Fonsi Honored with the Billboard Spirit of Hope Award

Luis Fonsi Honored with the Billboard Spirit of Hope Award 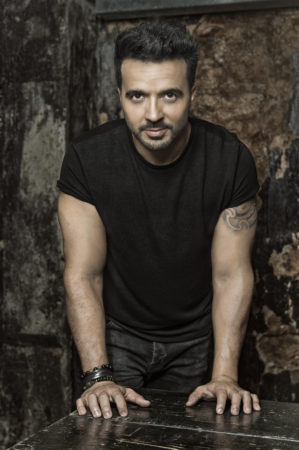 Puerto Rican award-winning singer-songwriter and producer Luis Fonsi has become a global phenomenon following the record-breaking success of his new single “Despacito,” which has transcended languages and cultures, broken multiple records and revolutionized the Web thanks to fans, artists and sports personalities around the world, becoming a true viral sensation. The music video has maintained the #1 post on the Global YouTube list for multiple weeks and is closed to reaching one billion views on YouTube/Vevo. Fonsi has selected Telemundo’s Billboard Latin Music Awards stage to present the worldwide television premiere of “Despacito.” In addition, the artist will be honored with the Billboard Spirit of Hope Award for his outstanding humanitarian work on behalf of St. Jude’s Children’s Hospital and its various programs fighting childhood cancer. The longest-running and most prestigious awards show in the Latin music world will broadcast live on Telemundo Thursday, April 27 at 8pm/7c, and simultaneously on the fastest growing Spanish-language entertainment cable network, Universo.

The Billboard Spirit of Hope Award, created in honor of Selena, is given to an artist in recognition of his philanthropic and humanitarian contributions beyond their musical work. Luis Fonsi is this year’s recipient of the Billboard Spirit of Hope Award for his career-long pledge to children fighting childhood cancer and other life-threatening diseases through his work with St. Jude Children’s Research Hospital. For more than 12 years, Fonsi has donated his voice and time to help raise awareness of St. Jude’s mission. “Being in the music business has allowed me to travel the world and meet some amazing people,” said Fonsi. “But nothing compares to the brave children I have met at St. Jude Children’s Research Hospital. They are so courageous as they fight against cancer and other life-threatening diseases.” The Memphis based hospital seeks to advance cures, and means of prevention, for pediatric catastrophic diseases through research and treatment, and treats children regardless of a family’s ability to pay.

Born in Puerto Rico and raised in Orlando, Florida, Luis Fonsi debuted on Universal Latino in 1998 with the album “Comenzare” followed in 2000 with “Eterno”. His sixth studio album, “Paso a Paso,” explored different kinds of rhythms and arrangements resulting in Fonsi’s distinct and most creative album to date. This past February, Fonsi earned his seventh No. 1 on the Billboard Hot Latin Songs chart with “Despacito,” featuring Daddy Yankee. The single is his 30th Hot Latin Songs hit, since he debuted on the chart in 1998.