The Millennial Fear Factor: Revamped, Renewed and Re-constructed by Ludacris!

The Millennial Fear Factor: Revamped, Renewed and Re-constructed by Ludacris! 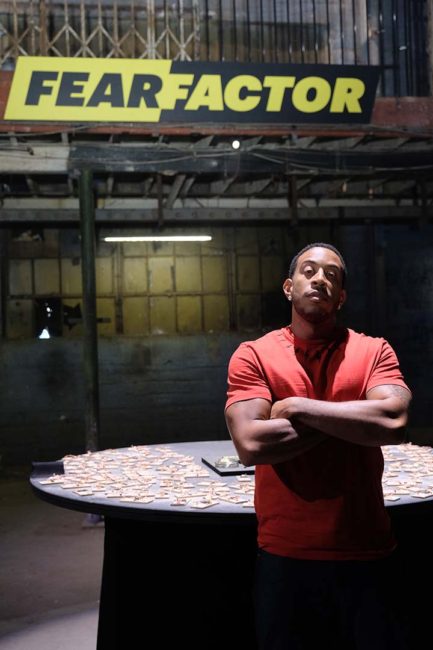 Fear Factor is coming back! MTV is reviving the franchise giving viewers the chance to conquer their fears head on. Hosted by Executive producer, Ludacris, and custom-created for a generation that is increasingly empowered, while also more anxious than ever.

It was a hot day on the set of one of Fear Factor’s stunts in the hills of Burbank CA, but we sure were in for a treat as we witnessed first-hand one of coolest challenges of the show. The audience and Ludacris watched from below as the teams tried to balance on a swinging platform hanging from a crane, the challenge, to grab as many flags in the shortest time to beat the opponent. From below, we experienced their determination, courage and fear, in addition to raining cellphones, in my opinion one of the biggest fears of this generation, the fear of losing our cellphones. 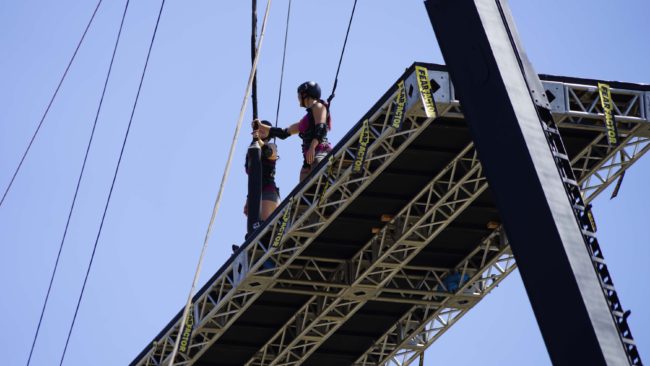 After watching the two teams fiercely battling it out for the main price of $50,000 host and executive producer, multifaceted Ludacris sat down with a small group of reporters to share some insights of this refreshed version of Fear Factor. “…Part of the reason I signed up to do this is because I’m an adrenaline junkie so I want to get as close to the action.” Ludacris biggest fear is being in open water and not knowing what is swimming around, it freaks him out just thinking about it. When asked if he would do it for $50,000 he said he would be happy doing it for free!

Holding on to the DNA of the original Fear Factor, this version of the show has been updated to reflect the Ludacris effect, adding the fears of this new generation is a new day and age and technology has evolved since then, we are trying to incorporate newest of technology along with what this generation is afraid of together in order to make a new and exciting show.

The show has addressed some previous concerns with the type of elements previously consumed therefore will not submit contestants to do things that are the worst of the worst. When asked about his reaction when approached to be the host of the show Ludacris shared with us that this is all part of a a bigger plate, this is just one element we signed onto bringing more original content and shows to MTV. 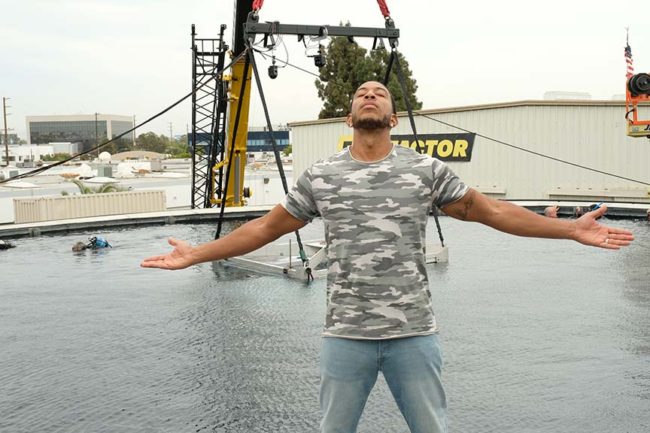 “I am excited to kick off my partnership with MTV, starting with the relaunch of ‘Fear Factor’ which will be even more insane and ludicrous than what you remember,” said Ludacris. “This will be the first of many great projects together!”

Filled with new stunts inspired by urban legends, popular scary movies and viral videos from today’s cultural zeitgeist, Fear Factor contestants will confront their fears, be pushed beyond their comfort zones and take action against some of their biggest stressors.

The series will include twelve, one-hour episodes which premiere on Tuesday, May 30 at 10:00 p.m. ET/PT on MTV.

“MTV is about celebrating youth culture, and with the reinvented ‘Fear Factor,’ we are putting the power in our audience’s hands to face and overcome their biggest fears,” said Chris McCarthy, President, MTV, VH1 and Logo.  “We are thrilled to partner with Ludacris, one of the biggest global stars who has a rich history with MTV, to energize this franchise for a whole new generation.”