Love is Key: The Giving Keys

Love is Key: The Giving Keys

“There are locks all around you and maybe you hold the key to someone else’s freedom.” This is the central message behind the wildly successful L.A. jewelry company “The Giving Keys,” which sells keys as pendants engraved with inspirational words. The complex “lock” they are trying to pick? The overwhelming homelessness crisis in Los Angeles. 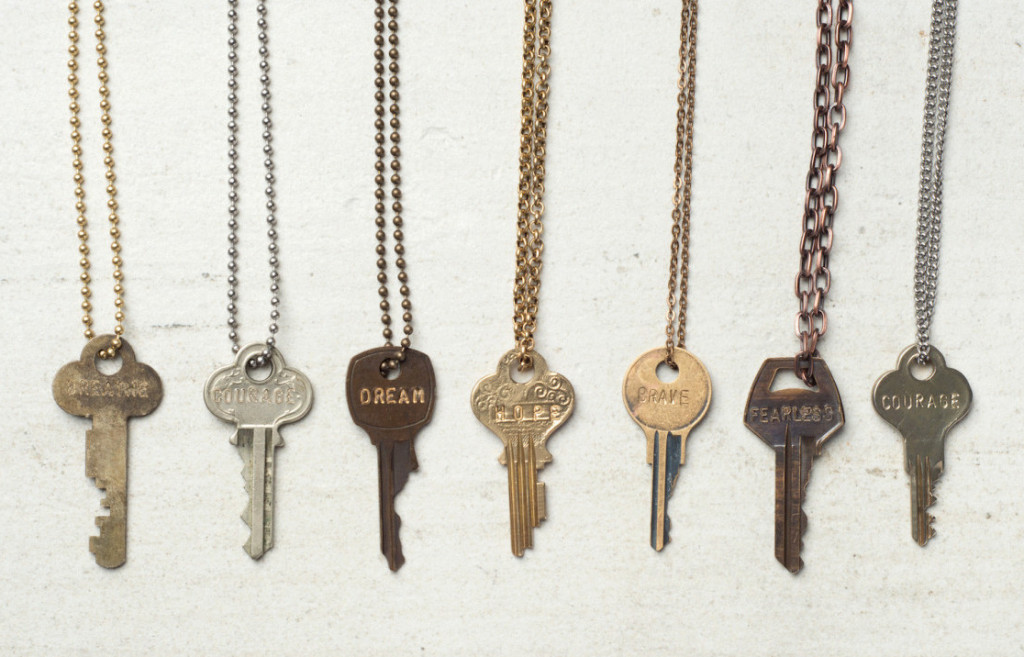 In September of 2015, the County of Los Angeles declared a state of emergency over the homelessness problem in the city. Homelessness is at an all-time high, not only in Los Angeles, but in the whole country, with over half a million people “sleeping rough” on any given night (one-quarter of them are children under the age of 18). Between 2014 and 2015 alone, there was a 20% rise in the number of homeless on the streets of L.A ( roughly 6,781 more people). The rise in recent years can be attributed to many factors including soaring housing prices, too few affordable housing projects along with growing unemployment rates.

A survey looked at the backgrounds and circumstances that led the homeless to becoming homeless and found that in 70% of the cases, finding a job was the solution needed to bring them out of homelessness permanently, rather than providing just a roof over their heads. It may seem obvious when spelled out, but usually, this “obvious” solution is disregarded in favor of providing temporary shelter and relief quickly, with no foresight into solving the problem in the long run. As the old saying goes: “Give a man a fish- feed him for a day. Teach a man how to fish- feed him for a lifetime.” What we are seeing in L.A. now, is the homeless scrambling from one donated fish to the next with no fishing rods in sight. This dynamic fuels The Giving Keys, which has changed countless lives by giving stable jobs to those affected by homelessness or with little to no income, enabling them to transition out of homelessness and prosper.

How The Key Came To Be

The Giving Keys started several years ago when its founder, L.A native Caitlin Crosby, was walking home on Hollywood Boulevard and noticed a ragged-looking couple sitting in the rain with a sign before them reading “Ugly, Hungry and Homeless.” Months before, Crosby, a singer and actor, had been in New York and started wearing an old motel room key, which she had engraved with the word “LOVE.” She subsequently had a bunch of old keys engraved with various inspirational words like “HOPE”, “COURAGE” and “BELIEVE,” selling dozens of them at her gigs while on tour. Crosby, a feisty Christian, had been wrestling all her life with the “vanity of the Hollywood” around her, which so often showed disregard for other people’s suffering. She always had an immense desire to “give back” and believes, “it’s our responsibility as humans to take care of each other. It’s our duty as humans to care for people when we are weak and broken.”

Despite setting up a successful jewelry business, Crosby, in her own words, “…knew there was a missing link.” The link came that fateful day when Crosby walked passed Cera and Rob sitting in the rain and invited them to dinner. Crosby discovered that Cera was a jewelry maker and decided to team up with the couple, paying them to engrave the keys she was selling. The three of them couldn’t keep up with the demand of keys, and soon Rob and Cera had made enough money to move into a motel room, then an apartment and eventually Cera found a job at the San Diego Zoo and Rob was able to enroll in community college. The Giving Keys changed their lives by helping them off the streets through employment. At the very least, Rob and Cera would never knowing a single night on a cold park bench again.

Today, The Giving Keys employs over 30 people from underprivileged or homeless backgrounds on a full-time basis and has also been a place for matchmaking. To date, more than 300,000 keys have been sold and the collection is available in 1,200 stores across the U.S. and abroad. 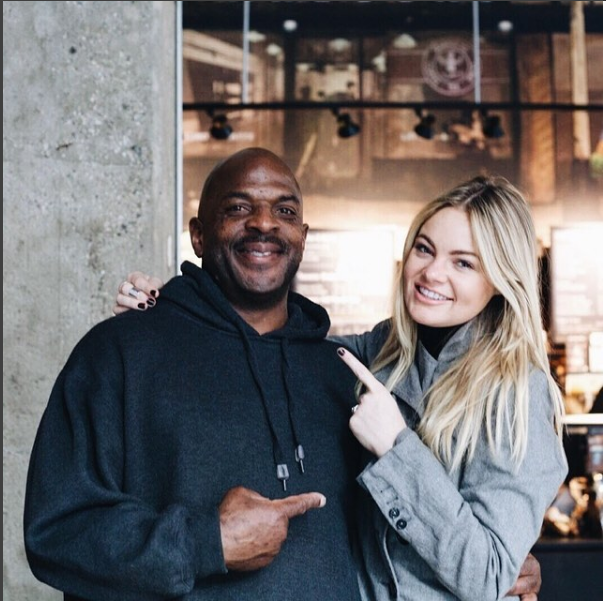 The keys come in various shapes and colors and can be worn as necklaces, bracelets and earrings. Each key is engraved with an inspirational word like “BRAVE”, “STRENGTH” and “FAITH.” The idea is to buy a key engraved with a word that is meaningful to you, then to wear it- thereby “embracing the word”- and finally giving the key away the moment you meet someone who you feel needs the word more than you do.

The impact of the keys is best sensed through countless stories that continuously pour in from all over America- to date over 1530 of them- about “paying it forward.” There’s “Terry”, who overcame cancer and gave away her “Hope” key after finding out one of her close friends had been diagnosed with the disease. Another account reads of someone who gave away their “Joy” key after seeing a woman sitting on a street curb crying.

The words on the keys don’t just spread positivity amongst its wearers, but also mean a lot to those who engrave them. “Darnell” is one such person, whose life was transformed when he was hired by The Giving Keys after leading a troubled life. He expressed his untold pride in being able to choose and engrave the key that was going to “mean something to someone” and that this mission had given him direction and hope again, at a time when he felt vulnerable and lost. 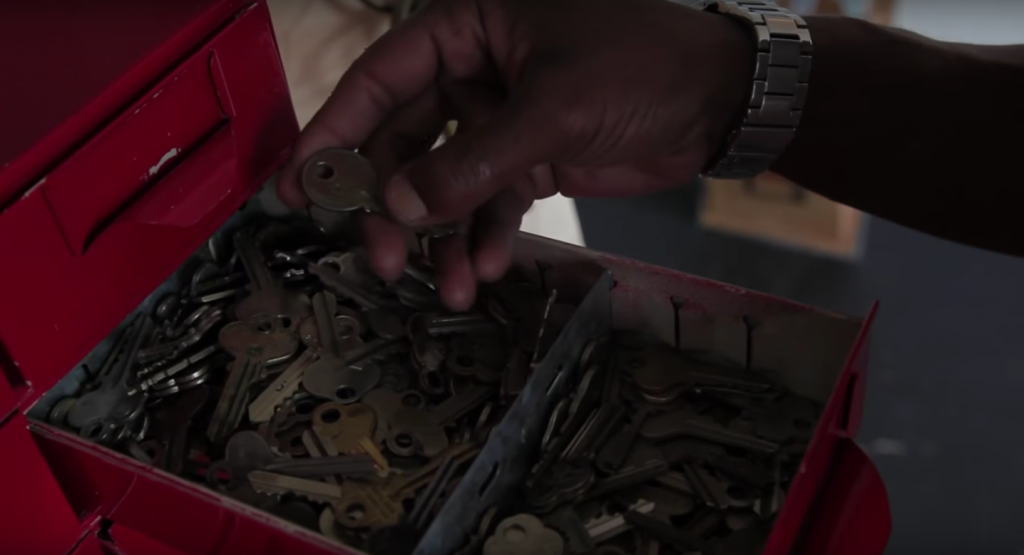 With so many statistics and numbers being blasted at readers around the subject of Homelessness (capital “H”), one often overlooks the fact that each figure represents a living, breathing human who has to get through every day much like the rest of us but with none of the same resources and support systems that are available to us. The Giving Keys is an opportunity for the lost and homeless to not only create a solid support structure around them, but to find a sense of purpose in what they do. And what they do is add just a little bit more love and positivity to the world- one key at a time.

Keys cost between $30-$129 and can be purchased directly from the official website or from various stores (which can be found using the site’s store locator).