Lightning in a Bottle 2018 - Gypset Magazine

Lighting In a Bottle 2018  festival returns this year to Bradley, California at the Lake San Antonio Recreation Area May 23-28. Back with an exciting line-up, workshops, art and more, LIB is recognized as one of California’s biggest, most well-renowned, and epic transformational gatherings produced by festival experts “The Do LaB”

The event can trace its roots back to 2000 when a private birthday party gave rise to what we know today as Lightning in a Bottle, the first event was held in 2004 at the Gold Creek Ranch of the Angeles National Forest.

So, in 2010, after taking yet another year off,  Do LaB relocated the event to the larger Oak Canyon Ranch in Silverado. After two years in Orange County, the festival, once again, relocated to Lake Skinner in the Riverside County town of Winchester.

They found the perfect location in the San Antonio Reservoir Recreational Area in the Central California town of Bradley.

While all of this moving was occurring, the popularity of the festival continued to grow. In fact, Lightning in a Bottle has grown to become one of the West Coast’s must-attend festivals. Check out this year’s lineup to get yourself pumped up for one heck of a music festival. 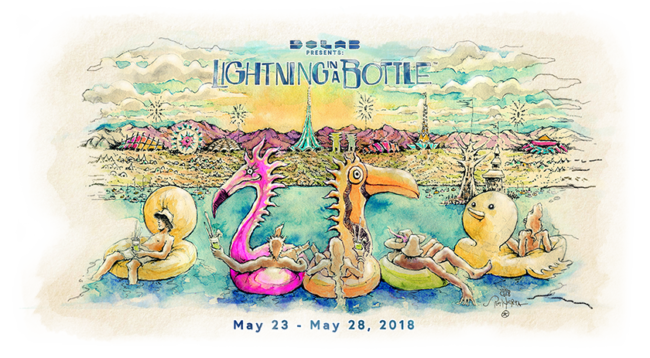