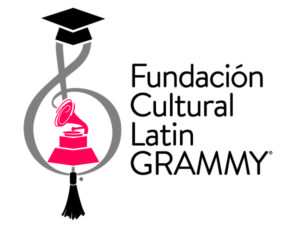 The Latin GRAMMY Cultural Foundation® is now accepting applications for its 2017 Research and Preservation Grant Program, which was developed to fund projects aiming to protect and disseminate the heritage of Latin music. Eligible applicants include musical and cultural institutions, nonprofit organizations, and scholars around the world who are leading initiatives related to the research and preservation of Latin music genres. Candidates will be reviewed by a committee of experts from across Latin America, the Iberian Peninsula, and the United States. Four projects will be bestowed with a grant of a maximum value of $5,000 each.

“Our focus and commitment have allowed the Foundation to position itself on the frontline of the preservation of Latin music heritage,” said Manolo Diaz, Vice President of the Latin GRAMMY Cultural Foundation. “In a short period of time we have been able to provide funding for important bodies of work, including preserving the digitization of rare 78 rpm analog recordings, the publication of the life works of distinguished Latin composers, as well as compilations of Latin music genres in lead sheet format. These works have painted colorful moments in history while helping to move forward the Latin music we admire today.”

Preservation Grants will support projects aiming to archive and preserve the heritage of Latin music.

The Latin GRAMMY Cultural Foundation was established by The Latin Recording Academy® to promote international awareness and appreciation of the significant contributions of Latin music and its makers to the world’s culture, and to protect its rich musical legacy and heritage. The Foundation’s primary charitable focus is to provide scholarships to students of Latin music with financial need, as well as grants to scholars and organizations worldwide for research and preservation of diverse Latin music genres. For additional information, please visit us at Latin GRAMMY Cultural Foundation, or join us on Twitter and Facebook.