It’s mid July and the sweltering summer heat that hangs over New York City this time of year permeates everything with an overwhelming layer of humidity. The city is well into its summer routine; Up in Washington Heights people take their barbecues to the park along the East River and shelter in the shade of the trees, on the West Side folks continue their relentless dedication to running and biking along the Hudson River hoping to feel a light breeze off the water, in midtown sidewalks are teeming with tourists from all around the globe, and in Greenwich Village, SOHO, and the Lower East Side people enjoy the lower afternoon temperatures by dining and having drinks in the numerous cozy and charming cafes and restaurants.

Adding to the characteristic energy and vibe of the city is the fact that the Latin Alternative Music Conference, commonly referred to as the LAMC, has returned.  In fact, 2017 marks the 18th consecutive year the event takes place in New York City to celebrate and promote the high caliber talent and diversity associated with this music genre. Well-established and fast-rising musicians from the Americas and Europe gather in NYC for several days to exchange ideas, network, participate in sessions focused on improving the business and marketing aspect of their projects, and showcase their repertoire and musical performances for music industry executives, media, and the general public alike.

The business sessions at the core of the LAMC are held in The Stewart Hotel, located across the street from the world famous Madison Square Garden in midtown Manhattan, and the various showcases that anyone visiting NYC can include in their entertainment itinerary take place in popular venues like SOBs, The Highline Ballroom, Central Park’s SummerStage, and Celebrate Brooklyn at Prospect Park.  It’s worth noting that several of the artists included in the annual lineup also play individual sideshows in other venues throughout the city, so there’s always additional opportunities to catch a show by one of the many talented artists that participate in the conference. 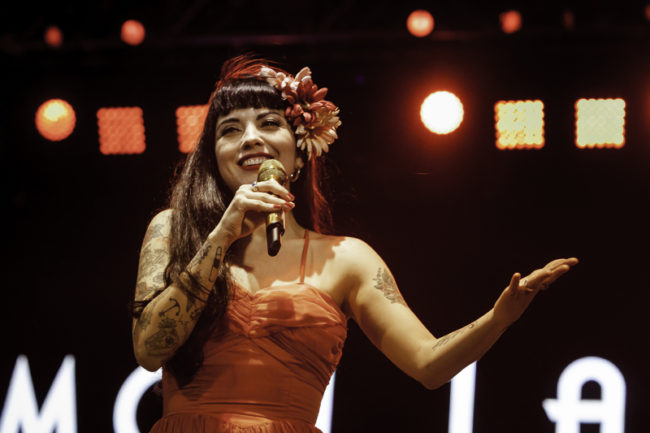 One of the two SummerStage showcases included the diametrically opposing musical styles of Grammy nominated Mon Laferte, the incredibly talented Chilean musician that is burning up the charts with a powerful blend of bolero and tango influenced writing and singing, and the urban powerhouse hip-hop of New York City native Princess Nokia who burst on stage to delight her adoring fans with an extremely sharp blend of in your face beats and lyrics.

An intimate acoustic showcase featuring some of the best artists in the Latin alternative music scene today, including artists like Gepe, Alex Anwandter, Silvina Moreno, Sindrome Moscow, and Nora Norman among others was held in the legendary club SOB’s. The sets were short but the level of music was absolutely outstanding.

The Highline Ballroom in the city’s meat-packing district was the venue selected to showcase another incredibly diverse and talented group of musicians that included hip-hop acts like A. Chal, recipient of the LAMC Discovery Award, Audri Nix, in addition to techno pop musicians like Javiera Mena and Indios alongside Juan Ingaramo, one to watch by my estimates, who delighted the audience with a solid set of R&B pop ballads. The show attracted the attention of many industry executives and artists, including Colombian Reggaeton sensation JBalvin who celebrated with friends in the VIP section while the music played. 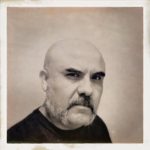 Article and Photos by:
Marco Denzer