The Latin Alternative Music Conference (LAMC) returned to New York City, assembling some of the world’s most talented emergent and well-established musicians of the genre in one place. Aside from the obvious benefit of having these talented artists performing in several showcases throughout the city for the public to enjoy, the LAMC also provides visiting artists from countries like Spain, Colombia, Chile, Argentina, Mexico, and many others an excellent opportunity to meet each other, attend panels aimed at developing their careers within the music industry, and network with music business executives and brand representatives from companies like Shure Microphones, Taylor Guitars, and others that participate in the event.

Orquesta El Macabeo and DJ George Nenadich kicked off this year’s conference with a New York style Salsa dance party at the renowned Lincoln Center Mid Summer Swing stage, and ended in grand fashion with Jorge Drexler, Trending Tropics, IFE, and DJ Raff performing at the LAMC Central Park SummerStage showcase. Two highly recommended shows for anybody visiting Manhattan during this time of year, free concerts with lineups of this caliber should not to be missed.

“Women Changing The Face of the Latin Music Industry”, held at The Stewart Hotel in mid-town Manhattan, was one of the most anticipated panels of the conference. Erika Elliott (SummerStage), Colleen Theis (The Orchard), Yvonne Drazan (peermusic), Diana Rodriguez (Criteria Entertainment), Livys Cerna (The Latin Recording Academy / Latin GRAMMYs), Stephanie Streeter (Eventbrite), and Ana Poluyan (Manager of Los Pericos), several of the most influential female leaders in the business, led a lively discussion highlighting the importance and the current standing of women within the industry.

An engaged audience contributed to a wide-ranging conversation and dynamic exchange of ideas about mentorship, forging a career path by thinking outside the box, being organized and setting goals, the importance of excellence and generating quality work, being active in professional industry organizations, asserting female influence and guidelines to reduce sexism within the industry, etc. It was an extremely productive and insightful session, and the panelists shared a wealth of knowledge and insight with the public in attendance.

In terms of performances, one of the most popular showcases at this year’s LAMC was an intimate acoustic session featuring renowned artists like Ana Tijoux, Mitre, Cheo & Ulises Hadjis, and Mariachi Flor de Toloache. The event was held in lower Manhattan at The Loft at City Winery, a casual and cozy venue with comfortable seating and delicious food to boot. It was a great place to escape the summer heat and enjoy up close performances from such extraordinary musicians. The showcase exemplified the vast and beautiful musical variety that flourishes from our deeply grounded Latin American roots, and each of the artists demonstrated exceptional musical prowess as they arranged their songs in very unexpected ways without loosing the essence of the original compositions.

For example, Ana Tijoux performed with the Villalobos Brothers, a trio of violinists that infused a delightful touch of Mexican traditional music to her songs. And Mariachi Flor de Toloache invited a rapper / poet to join them on stage for one of their songs. The results were quite impressive. 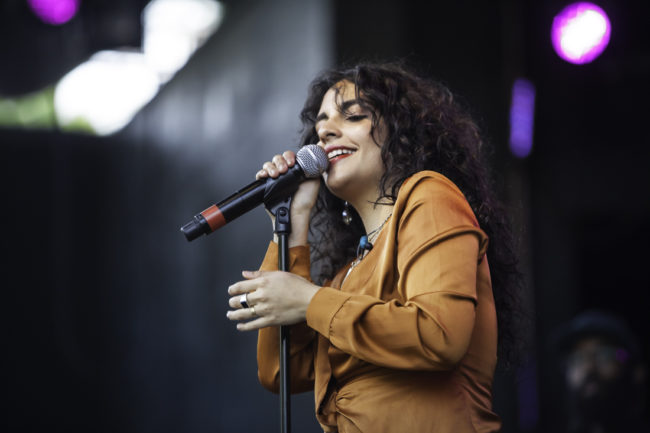 Great LAMC musical performances continued at Celebrate Brooklyn in Prospect Park, this time featuring an all female powerhouse lineup that included Girl Ultra (Mexico), Ana Tijoux (Chile), and Mala Rodriguez (Spain). It was still daylight when Girl Ultra got things rolling, and her easygoing demeanor quickly made light work of setting a good tone for the audience. Her sultry romantic repertoire that captivated the audience from the moment she set foot on stage. A tight jazzy trio consisting of bass, drums, and a DJ backed the singer and complimented her style as she delivered a smooth performance of tunes from her 2018 release “Adios”. Her sultry romantic repertoire captivated everyone from the moment she set foot on stage. 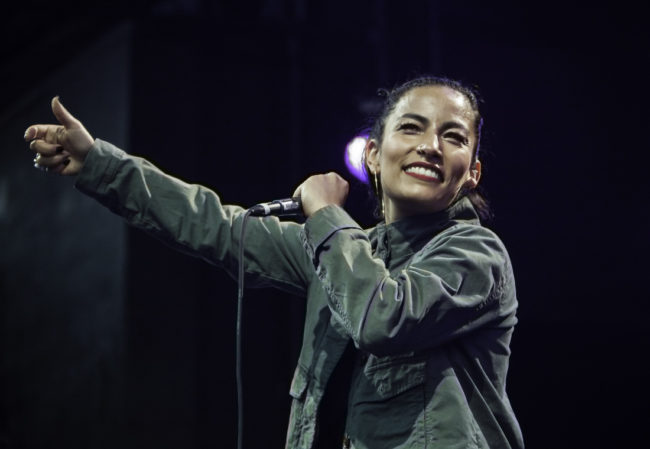 The acclaimed singer, songwriter, rapper, and poet, Ana Tijoux shifted gears as evening fell over Brooklyn. She began her set with a heartfelt statement highlighting the social injustice associated with the current policy of separating children and parents at the southern U.S. border, and dedicated the first song “Luchín”, written by Chilean singer / poet Victor Jara, to the families enduring great hardship as a result of that separations. Ana’s message resonated with the audience and quickly drew a loud applause of support. The rest of her set was an amazing display of musicianship and masterful artistry, as she seamlessly worked through well-orchestrated jazz inspired arrangements of many of her most popular songs. Her commitment to social justice was clear and concise in her calls for the public to remain vigilant and engaged in creating positive social change with regards to the plight of migrant families and workers, women, and indigenous groups. Ana seemed relax, comfortable, and delighted in front of an audience that reciprocated with plenty of love and admiration.

The third and final set of the evening was left in the very capable hands of Maria “Mala” Rodriguez and she wasted no time in turning up the heat. She hit the stage and immediately assumed control of the situation, delivering pointed rhymes while dancing and strutting around to the thumping rhythm of “Tengo Un Trato”. In what can only be described as a perfect, dagger sharp, and mystical blend of flamenco passion with urban grit. Mala unleashed a pounding set of hip-hop that had the people bopping and swaying as they sang along with her. She gave an impeccable performance, executing every move and delivering each word with unbridled passion, rage, and sensuality. 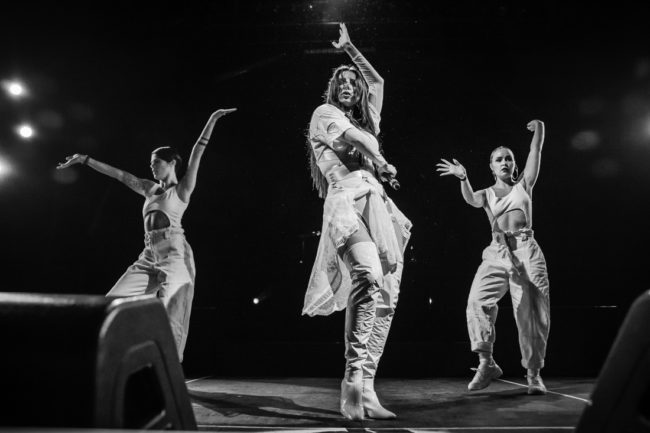 As the Celebrate Brooklyn show came to a close in Prospect Park, I took a few minutes to reflect on the magnificence that our collective Latin culture had put on display in NYC during a few days in July. It was sincerely inspiring and motivating to see the great diversity of talent, drive, and creativity of all the artists who participated in this year’s LAMC, but seeing and acknowledging the fact that much of the driving force behind these accomplishments is generated by brave, hard working, committed, and empowered women was truly enlightening. They, as in our families, are the foundation of our collective success.