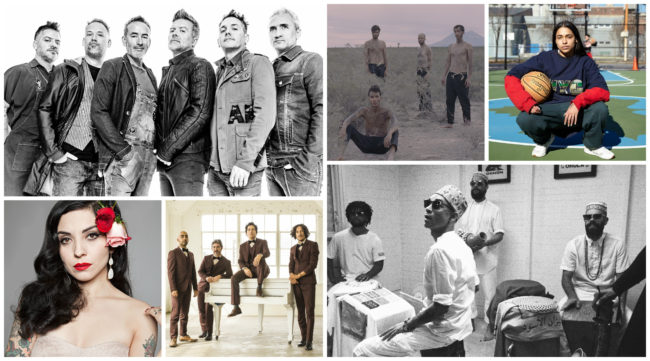 Now in its 18th year and called the “Sundance of Latin music,” the LAMC features industry panels with special guests and experts, showcases, and other events that are soon to be announced. Additionally, LAMC provides free concerts at SummerStage in Central Park and Celebrate Brooklyn at Prospect Park, plus intimate private concerts at
various venues around the city.

Monserrat Bustamante Laferte’s, better known as Mon Laferte, love of music began at a very young age. She studied music at the Viña Del Mar conservatory in Chile and reached recognition in her native country thanks to her voice and participation as a judge on a popular talent competition TV show. She later moved to Mexico, where she has quickly reached icon status. Her album Mon Laferte. Vol. 2 garnered two Latin GRAMMY nominations.

ÌFÉ is a bold new musical undertaking from Puerto Rico-based drummer/producer/singer Otura Mun. Mun, an Ifá priest or “Babalawo” in the Yoruba religion, has been at the vanguard of the Puerto Rican music scene since arriving from Indiana in the late 1990s, producing critically-acclaimed albums and songs for many of the island’s most important musical voices, including Mima, Cultura Profetica, and Calma Carmona. ÌFÉ’s latest single “Umbo (Come Down)” is a musical invitation to the benevolent forces that be and draws from rhythms and incantations of sacred Yoruba praise songs. ÌFÉ’s bold debut album IIII+IIII is out now.

Princess Nokia aka 24-year-old Destiny Nicole Ortiz is a multifaceted, DIY artist from the NYC underground. Her unique musical style blends tribal beats with trip hop and R&B – creating an exciting crossover of sounds. Her album, 1992, was called a “hip hop storytelling album” by Remezcla and “an ode to Brown Girl Nation” by Vibe. Rolling Stone listed 1992 as one of its “15 Greatest Albums You Didn’t Hear” in 2016. She had breakout hits like
“Tomboy” and “Brujas.”

Argentina-based Los Pericos is a reggae band formed in 1987. They are currently on tour celebrating their 30th anniversary. They have enjoyed much success, especially throughout Latin America. Known for their reggae and ska sounds, they have a large catalog of hits. They have performed around the world, and this will be their Central Park debut. In 2016, they released their latest album Soundamerica, which has been hailed for its
“reinvention and perseverance” by Rolling Stone.

Two-time Latin GRAMMY winners La Vida Bohème exploded onto the US scene with their debut album Nuestra. Lauded by press after showcases at SXSW and LAMC, the band releasedSerá, which earned them their first Latin GRAMMY win for “Best Short Form Music Video.” It was around the same time that the band left their native Venezuela and found artistic refuge in Mexico City, where they finished their recently-released third album, La Lucha. The album was co-produced by Eduardo Cabra (Visitante from Calle 13), debuted at #1 on iTunes, and was their first album to appear on the Billboard Latin Sales charts. Upon the release of their new record, which completes an aptly titled trilogy called “Nuestra Será la Lucha,” La Vida Bohème plans to tour in Europe, North America, and South America.

Chicano Batman came out of LA, four young men in vintage formal wear, playing songs that blended Brazilian Tropicalia with early ’70s psychedelic soul and the romantic pop of bands like Los Angeles Negros. Since forming in 2008, Chicano Batman have released three full-length albums – a self-titled 2009 debut, 2014’s Cycles of Existential Rhyme, and the recently-released Freedom is Free. The band has played Coachella and toured with Alabama Shakes and Jack White. In 2017, they will embark on their own national headline tour. 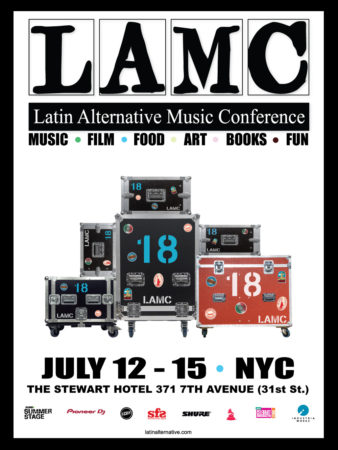