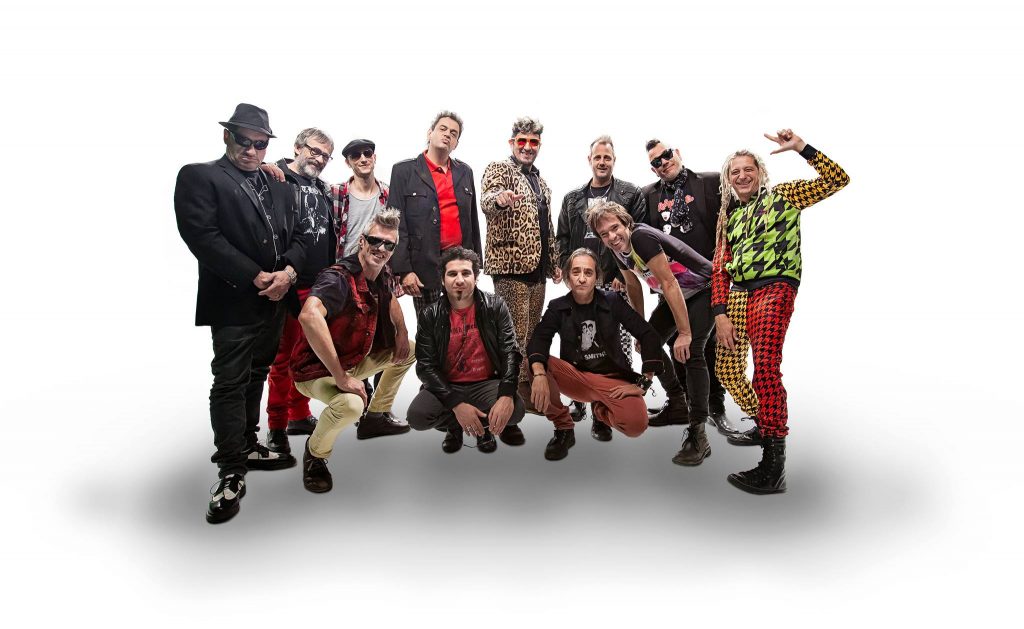 The explosive Argentine  arena band Los Auténticos  Decadentes stopped by Los Angeles’s restored Belasco Theater Wednesday night on their way to Mexico. Los Auténticos  Decadentes fit right into the venerable DTLA show palace opened by Edward Belasco in 1926 with its over-the-top fusion of Churrigueresque, Spanish Renaissance, Moorish, and Gothic details. Their over-the-top wild dance tunes swirled around the Belasco’s stunning dome and landed in our ears with the precision of a venue built for music, enhanced by an excellent sound system.

The  party began on time with a hot Latin Rock warm up band (never clearly identified in the publicity from producer Live Nation nor from the stage) that resonated with the youngish, mostly Hispanic crowd still filtering in. These guys worked!  Jumping, running, spinning on stage while keeping up a very high octane music had the sweat streaming down all the band’s faces.  The audience reciprocated with conga lines and cheers. The experience was heightened by excellent lighting and engineering work by the Belasco’s staff, who I understand had little advance information and had to assemble their programming that afternoon during mic check.

After a half hour intermission to set up the ten piece Los Auténticos  Decadentes band, they staged a dramatic entrance, led  by primal drumming as the artists entered the stage one by one with singer and band leader Gustavo Daniel Parisi making the final grand entrance.  The party was on!

Playing to a respectable, but nowhere near sold out crowd, Los Auténticos  Decadentes give it their usual 110%  in an all Espanól  performance where no song was in 4/4 time. While cellphones waved, dancers swirled and slammed, and young women cheered from atop their boyfriend’s shoulders, they moved through a set list calculated to keep the energy up, but to provide the audience (and the band!) with strategic breaks and laughs and from the band’s trademark jokes and stage silliness. Moving quickly from one song to the next, most of which the audience knew and sang when Parisi pointed his mic at them,  Los Auténticos  Decadentes drew material from their latest album and their extensive catalogue of 16 monster albums.  Jumping down into the press pit in front of the fans at one point, Parisi took selfies with one man’s iPad, squeezed many outstretched hands and even brought one woman up from the audience to dance with him.  It was exactly what they wanted.

Amid the cheering, dancing and singing there was no shortage of Argentine flag-waving.  This was clearly an expat crowd, proud of their success of their countrymen and proud of their origins.  Evidence of their enthusiasm were the calls for “otra, otra” after Parisi wrapped the show – to which the band responded with not one, but three encores.   And then it was over and the next stop were the merch vendors doing a brisk business in Los Auténticos Decadentes tee shirts on the South Broadway sidewalk. 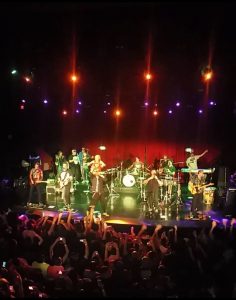 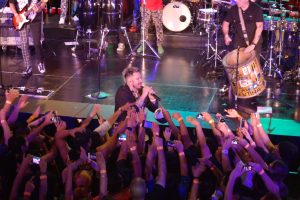