A Band with No Limit: An Interview with Kinky

A Band with No Limit: An Interview with Kinky

Home » Collective » A Band with No Limit: An Interview with Kinky

Ever growing, from small stages to large festivals across the world, Kinky’s momentum in electronic music has taken the genre beyond heights known to any other band in Latin Music. A five-member band formed in 1998 from Monterrey, Nuevo Leon, Mexico, Kinky has evolved from  supersonic pop sounds on their first album Kinky to mature, acoustic and eclectic in their newly released MTV Unplugged: Kinky.

In the U.S., their songs have been played on countless shows including CSI, Nip Tuck, Weeds, Dexter; back in 2002 they toured with the amazing bands De La Soul, Modest Mouse, The Flaming Lips on The Unlimited Sunshine Tour; and performed at Coachella in 2003 with headliners Talib Kweli, Hot Hot Heat, Ladytron, Felix Da Housecat and again in 2004 performed on the Coachella stage along with Radiohead, Pixies and Death Cab for Cutie.

Preparing for the third annual Dia de los Muertos Celebration at the Santa Barbara Bowl on October 30th and promoting their new album, Gypset Magazine recently spoke with Kinky’s keyboardist Ulises Lozano to get his perspective on Kinky evolution.

ES: How great does it feel to be Kinky right!? You’re MTV Unplugged album was released this year—it sounds AMAZING! Congratulations!

UL: Thank you! It’s been great… It’s been a great year! After fifteen years, finally the band had the opportunity to record on MTV Unplugged which is very unique and also very traditional. The long history of MTV Unplugged has been something that most bands, that have done it, has been a very strong part of their career. So, having the opportunity to do an MTV Unplugged was amazing for us!  Also, because we are an electronic band.  So, the challenge to change all our sound from electronic to acoustic was very fun and very interesting. It made us grow up more and learn more. We had the opportunity to learn in a more intimate setting and in a more slowed tempo our songs. Most of Kinky’s songs are very energetic and very up tempo. So all of that was very great for us to have, after fifteen years of doing electronic music and touring around the world.  Now, going back to the studio, to start working on new things and back to electronic… and all the Kinky essence, the real sound of Kinky… the MTV Unplugged is going to be reflective of our new album… I think it’s going to make us grow more as musicians and grow in our music. It’s been a great year.

ES: With all this success the band has had – touring & promoting—traveling city to city, venue to venue… how does Kinky preserve its unity? Maintain its balance and spirituality?

UL: Our passion has always been the music and the love we have towards experimental music –where we infuse everything, from our Mexican roots to our own taste in modern music or electronic rhythms. We maintain the mindset that the music comes first and we always try and maintain an experimental spirit. So it always feels new—it feels refreshing every time we compose a song. We move away from doing the same thing on our album… we experiment with rhythms… with different sounds…. In the end we hear Kinky, and that’s essence that will always translate. The idea of opening up to play with Hip-Hop or to shift to Rock or Techno rhythms, even regional Mexican music… all of those sounds, musically, gives you the feeling that there’s no limit. That, “there are no boundaries.”  That’s what has helped us stay active.

ES: Looking ahead to 2016, which is really a couple of months from now, what future collaborations or surprises can we anticipate from Kinky?

UL: Right now, we’re continuing our tour for the rest of the year. We’ve had the opportunity to present our MTV Unplugged sound live this year in South America, Mexico and the United States. We still have a few more tour dates in the U.S, Mexico and some cities in South America. We’ll be working on new material. Collaborations come about closer to the completion of a son, we think of someone to collaborate with then… that’s when it all starts to come together. For now, the idea is to release something new by the beginning of 2016.

ES: Awesome! Thank you so much for taking the time to speak with us about the band, your sound, and upcoming year! Would you like to share anything else with your fans on Gypset?

UL: We’ll see you on October 30th to celebrate The Day of the Day with all the beautiful people in Santa Barbara and the surrounding areas. We’re having a huge celebration with Bomba Estereo, La Santa Cecilia, Chicano Batman… it’s going to be a grand fiesta! All of our tour dates can be checked out on our website at KinkyMusic.com, on Facebook, Twitter @kinkytheband, Instagram and YouTube.  We‘re all very attentive of our fans. We thank you for your support. We send you all a hug and a kiss. We’ll see you real soon at the Santa Barbara Bowl. 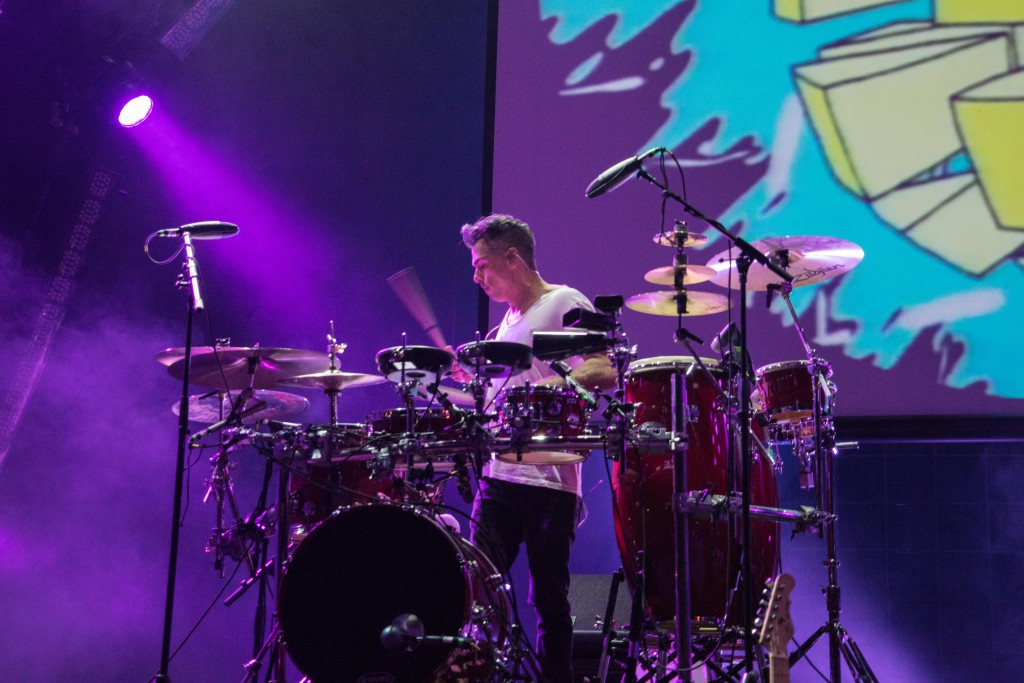