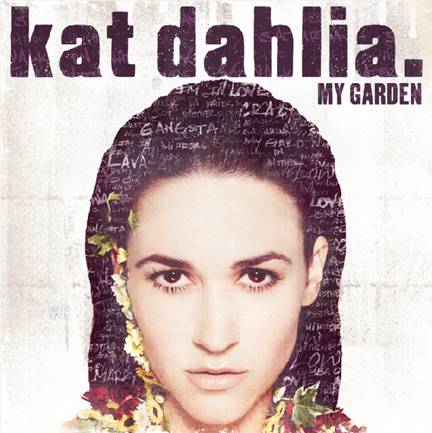 MY GARDEN, in stores January 13, 2015 and now available for preorder at iTunes, Amazon MP3 and Amazon. Anyone who pre-orders the album will receive four instant gratis tracks, including “Crazy,” “Gangsta,” “Mirror” and the Salaam Remi-produced “Clocks.” Fans who Shazam Kat’s “Crazy” can enter to win a pair of tickets for to catch her #MyGarden tour in the city of their choice. Spotify users can also enter to win tickets to see Kat live in concert by creating a #CRAZY playlist on @Spotify and sharing it with the tag #CRAZY4KAT.

The singer-songwriter’s 17-city headlining #MyGarden Tour will make stops at intimate venues throughout North America beginning on November 11 at Washington, DC’s Howard Theatre and wraps on December 12 at the Monarch Theatre in Phoenix, Arizona. Fans can look forward to KAT DAHLIA performing popular favorites such as her current single “Crazy,” holding steady at No. 4 on iTunes’ Latin chart, and breakout record “Gangsta,” along with unreleased songs from MY GARDEN. Indeed, each night promises to be an electrifying experience not to be missed. For more information or to purchase tickets, visit katdahlia.com

Everything just keeps getting crazier for KAT DAHLIA as the release of MY GARDEN approaches. To celebrate the launch of her album preorder and #MyGarden Tour, People en Español exclusively revealed the cover art for MY GARDEN and premiered the new video remix for “Crazy” on Monday, November 10. KAT DAHLIA is also Latina.com’s celebrity guest blogger for the month of November, allowing readers a chance to get to know her beyond the music by penning candid, insightful and honest entries.